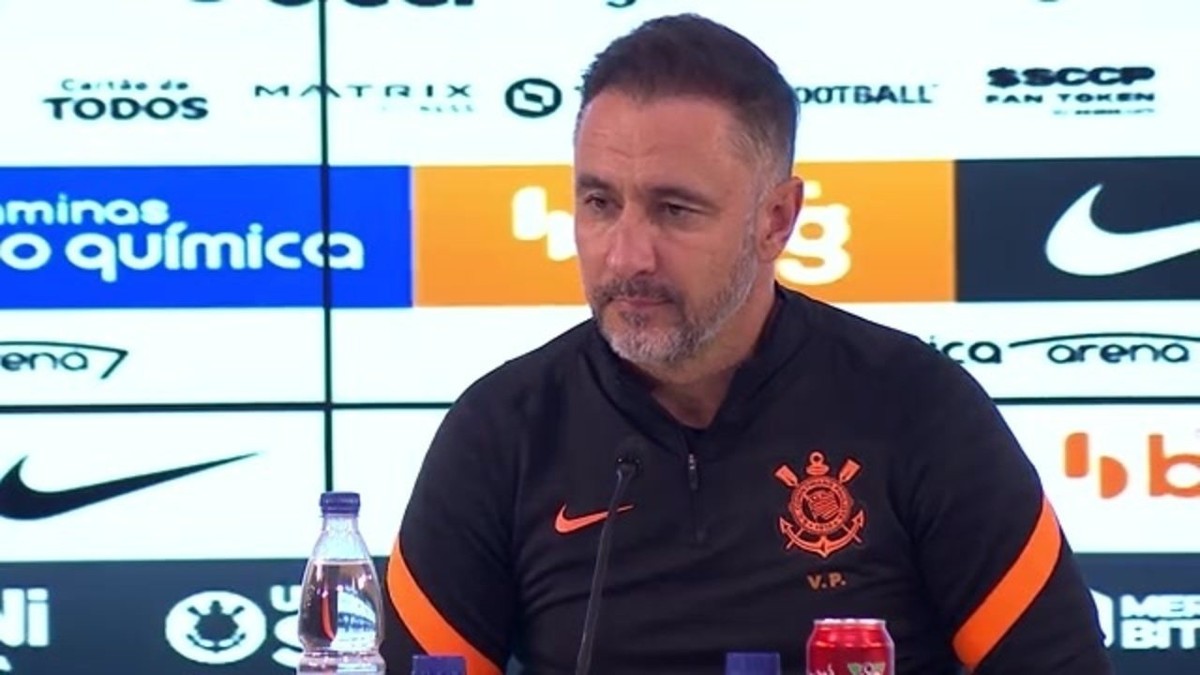 In addition to Maycon, out for a muscle injury, and Cantillo, suspended by Conmebol for expulsion in the first round against Boca, Timão has five doubts at the moment.

In addition to him, four other athletes have already been absent in the last game and may continue to be problems: João Victor (with pain in his right ankle from a hit against Santos); Gil (with injury to the posterior muscle of the right thigh), Gustavo Silva (tendinitis) and Renato Augusto (discomfort in one of the calves). In Saturday’s press conference, the coach did not guarantee the return of anyone:

– Then they call me Professor Sparrow, we put Piton in to see if he can do something in the middle. It was another test, let’s imagine that Renato doesn’t come back and Du stays out. Start writing and I’ll also start imagining it, even without Cantillo, without Paulinho, without Maycon. Let’s see, let’s try, let’s fight. I have to invent it, that’s it. Professor Sparrow, I liked it, it was funny. I never imagined they would call me that in football, it’s funny (laughs). I don’t even know which team will play, let’s see – highlighted the Portuguese coach.