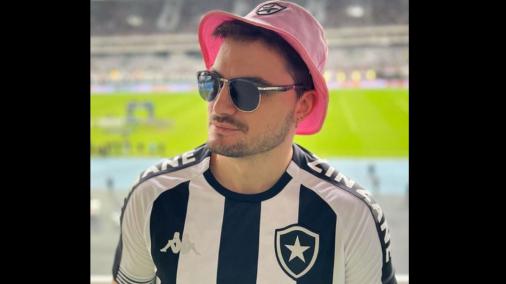 Felipe Neto was present at Nilton Santos this Sunday afternoon to accompany the classic between Botafogo and Fluminense. After the match, the youtuber revealed that he was threatened by a security guard in one of the stadium’s boxes.

+ PERFORMANCES: Chay receives a low grade on a night of little offensive inspiration from Botafogo

– I was watching the game in my cabin. A security guard from the Blindados company approached my driver at the door and asked: “whose cabin is this?”. When he heard that it was mine, he replied: “please, I had to put a bomb there to explode and there would be nothing left,” published Felipe Neto on Twitter.

After reporting the episode, the youtuber revealed that he has been the target of threats for the last four years and stated that he does not feel safe anywhere.

– We are going to represent this man, but this is the summary of my life in the last 4 years. At any moment, something can happen to me. If that happens, I just ask that you remember who were the people responsible for fueling this hatred against me – wrote Felipe Neto.

– I don’t know how I’ll feel safe again in the stadium after this. I no longer feel safe anywhere outside my house – added the youtuber.

We are going to represent this man, but this is the summary of my life for the last 4 years.

At any moment something can happen to me. If that happens, I just ask that you remember who the people responsible for fueling this hatred against me were.

I don’t know how I’m going to feel safe in the stadium again after this. I no longer feel safe anywhere outside of my home.

The episode caused astonishment in the followers and many fans made a point of supporting the youtuber. Felipe Neto is known for having a strong personality and likes to take a stand on controversial topics on social media.

Despite his passion for entertainment, the youtuber never hid his love for football. A fanatical supporter of Botafogo, Felipe Neto has always been a regular at the Nilton Santos stadium.

The report of the threat suffered by Felipe Neto has been reverberating on social media. Disgusted by the episode, many netizens demand an attitude from the authorities.