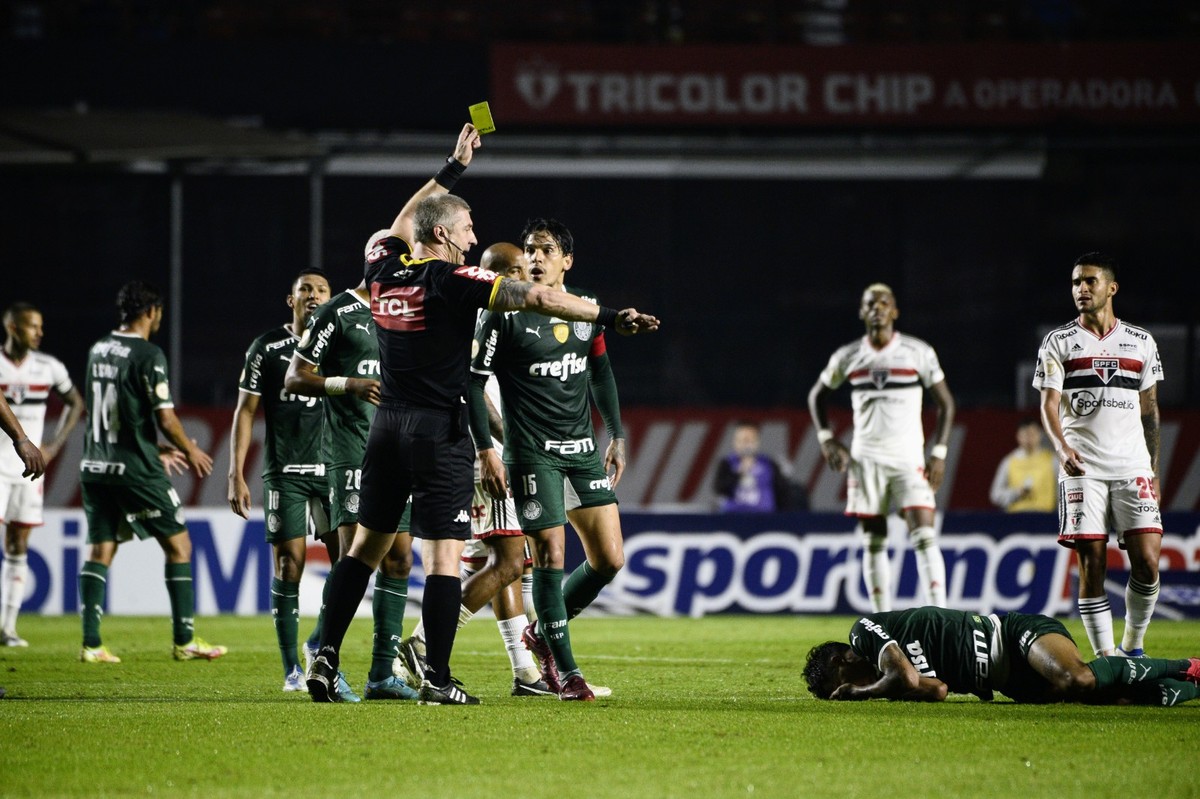 At Palmeiras there is a growing discomfort with the arbitration decisions in the last games of the Brasileirão and Copa do Brasil. People connected to the club consider that there were more mistakes than successes, which creates a concern behind the scenes.

The last four games had different reasons to create an alviverde irritation, including in victories, like against Atlético-GO and São Paulo, in the Brasileirão.

Palmeiras and São Paulo in a game for the Brazilian Championship — Photo: Marcos Ribolli

In the 4-2 triumph against Goiás at Allianz Parque, the foul that gave rise to the second opposing goal was scored even after the flag pointed out the hand touch at the beginning of the play.

Then, in the turn over São Paulo at Morumbi, in addition to considering Patrick’s hand touch in the goal move debatable, the club understands to have been harmed by the non-marking of a penalty in Rony. Central do Apito considered that the foul should have been called on the striker. 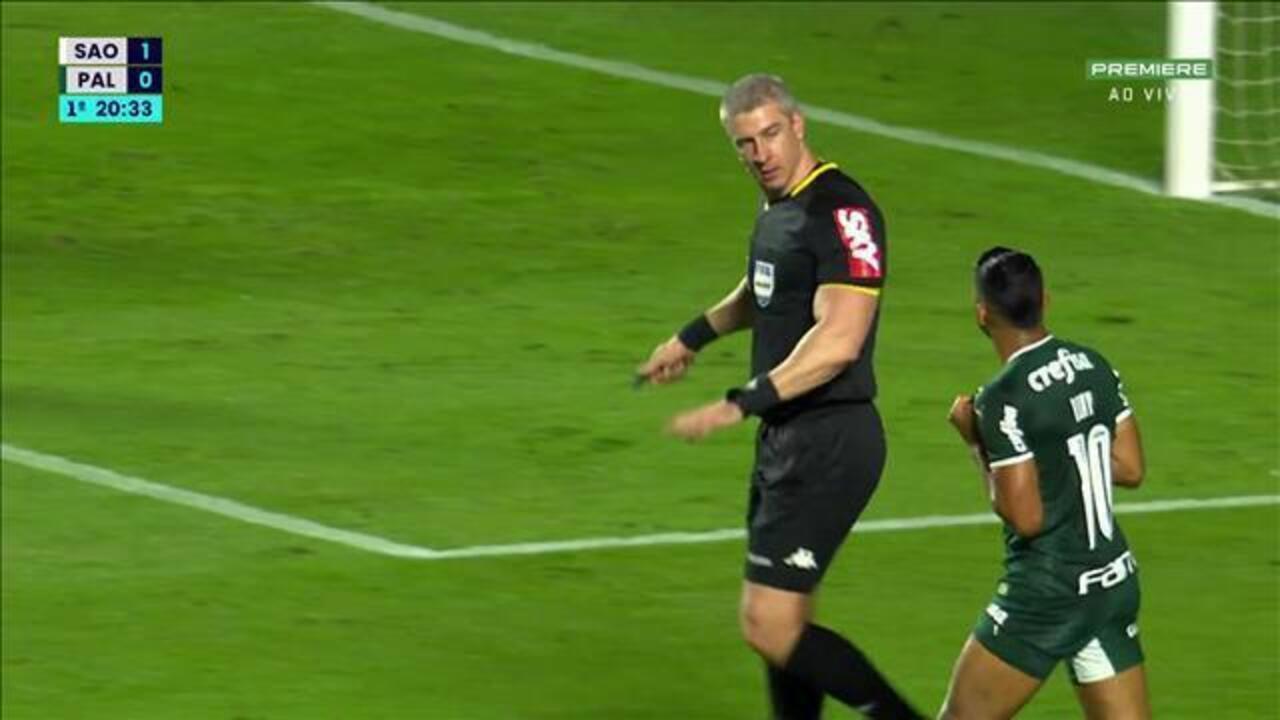 Palmeiras even published the bid in their networks after the turn, with an emoji as if it had a lens in its eye.

Three days later, another Choque-Rei no Morumbi ended with São Paulo’s 1-0 victory in the round of 16 of the Copa do Brasil.

The origin of the goal is the point of irritation from Palmeiras, as they understand that there was a clear foul on Dudu, but Raphael Claus decided to restart the match with the ball on the ground. Gustavo Gómez even complained about the decision and was out of position when Patrick scored.

Now in a 2-2 draw with Avaí, the conduct of referee Wagner do Nascimento Magalhães was criticized. From lack of discretion in free kicks, such as Jean Pyerre’s goal, to stoppage time.

An example of this was the collection of Avaí’s goal and another in the first half, in which Gabriel Menino went for a free-kick in a similar region, the barrier of Avaí advanced a lot, and the game continued (see bids below).

In the first half, the referee gave another five minutes and added another one, for stoppage – the penalty committed by Gustavo Gómez happened in the final minute. 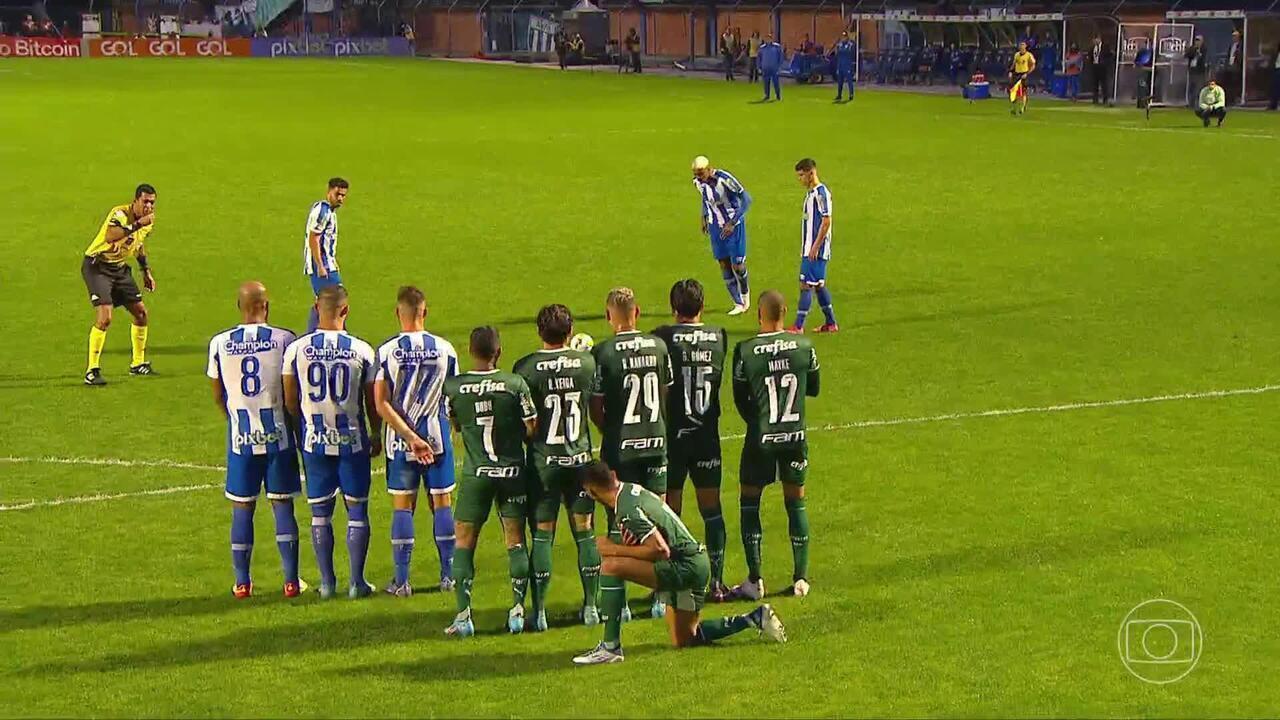 In the final stage, with all the exchanges, there were five minutes more. Abel Ferreira even complained on the edge of the field for the addition, at the moment when a player from Avaí was down to receive medical attention.

Even without making public complaints, Palmeiras always keeps in touch with the CBF refereeing team to pass the points of discontent. Abel Ferreira, too, often shows his irritation at press conferences. On Sunday, he said that Avaí should have had a player sent off.

– Arthur Chaves celebrated every cut he made, but he should have been out of the game in the 36th minute for having elbowed Ron, but the referee didn’t even give a foul – he said.