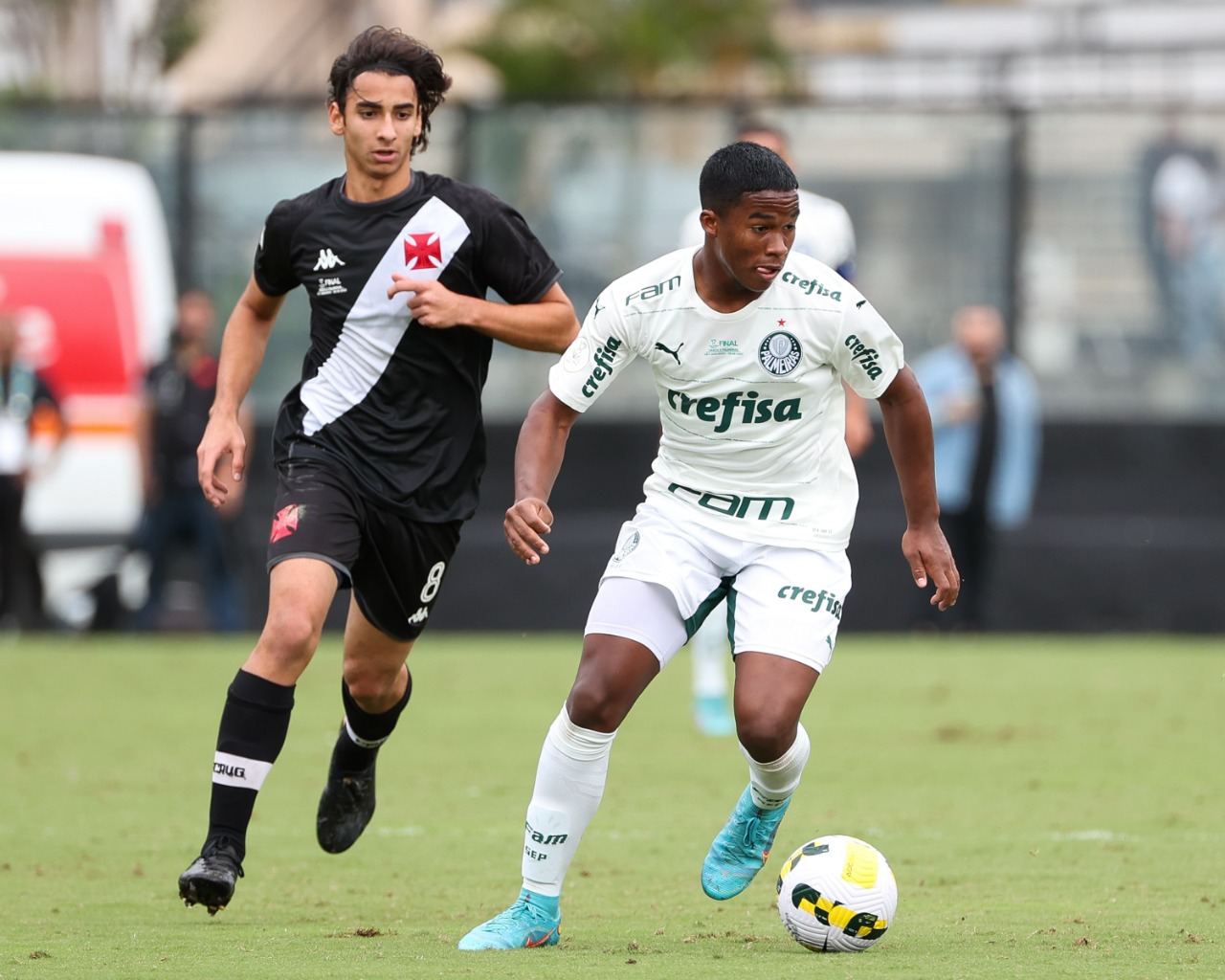 Palmeiras won another title with their base and, once again, saw their 15-year-old jewel, Endrick, decide. For the return match of the Copa do Brasil sub-17 final, shirt 9 left Verdão’s two goals and secured the cup in the club’s trophy room. After the match, the boy praised the supporters of Vasco, opponent in the final, and analyzed his performance.

”It’s inexplicable, I even shiver. I’m not wanting to win Vasco’s fans, I’m not wanting them to like me. But even at the base you can see what they (Vasco fans) do. Before taking the field, I had butterflies in my stomach. We already knew it was going to be difficult, as it was in the first game. But with that crowd there… There’s no way,” Endrick said in an interview with sportv.

In the player’s view, the Palmeiras team did poorly in the first stage, which ended 1-0 to Vasco. In the second half, Endrick scored two and the match ended 4-2 for the Cariocas. Even so, the cup went to Palestra, who won the first leg, at Allianz Parque, 4-1.

”Of course we have to be professionals, we knew it was going to be a difficult game and we came in disconnected in the first half, no player played a good game in the first half. But we went to the locker room and, in the second, we managed to do that,” said Endrick, who now hopes to move up to the under-20.

”I had no idea (score two goals), I was playing a bad game, but God blessed me with those two goals, I even shiver. Now it’s a ball forward, go to the under-20 if Paulo Victor calls me and try to win another cup”, he continued.

The boy revealed that his family came from São Paulo to accompany him in São Januário. Therefore, he found himself obliged to perform well.

Finally, Endrick still wished strength and a good recovery to the Palmeiras athlete Vitor Reis, who suffered a head-on collision in the decision and had to be removed from the field by ambulance, which took him to the hospital.

”It was very difficult. I was far away and didn’t see it. When I arrived, he was unconscious and I saw that he was bleeding. It was very difficult, he was good in the match and it was difficult to lose him, but we ran for him. I hope God blesses him in the hospital and that he can be well. He’s an important player for us and we need him back now,’” he concluded.

Previous If Brazil goes to the left, it will end up like Colombia, says Bolsonaro
Next how much does it cost to cheer for Brazil in Qatar – Money Times