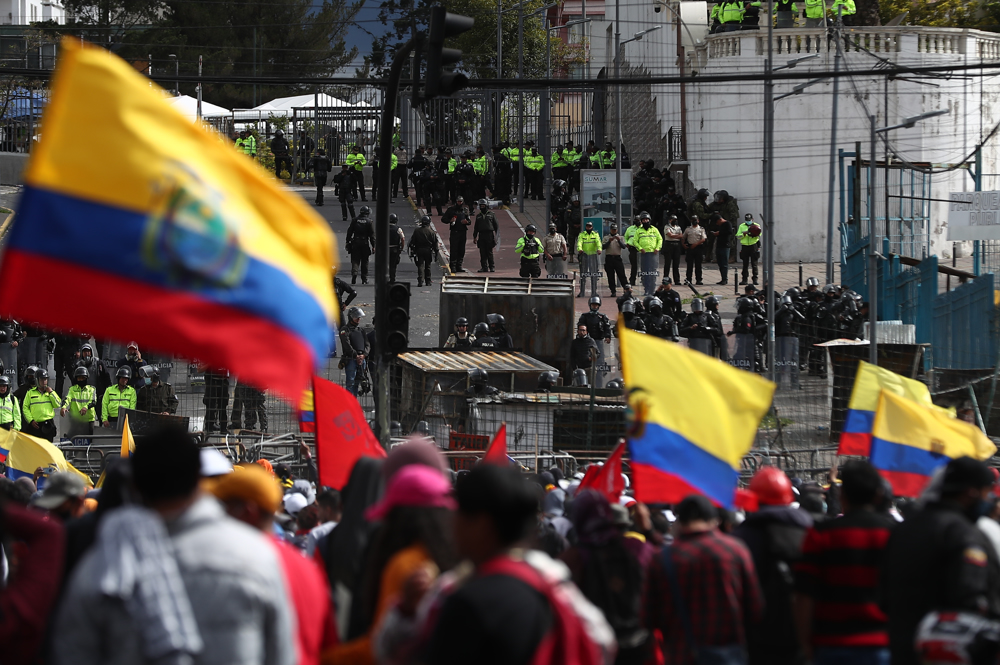 Sectors such as poultry, trade and oil production were heavily affected by the demonstrations initiated by the indigenous people.

The thousands of indigenous protesters who continue to mobilize in protest against the government of Ecuador, remained this Sunday, the 26th, as they themselves say, “on the fighting ground”, despite being tired from the two intense and hard weeks of acts. The protesters arrived at quito, coming from all corners of Ecuadorian territory. The repression, with clashes and tear gas bombs, did not reduce the strength of the protests. The demonstrations have already caused a negative impact of US$ 500 million (R$ 2.61 billion), according to estimates released this Sunday by the Executive chaired by the conservative. Guillermo Lasso.

The Minister of Production, Foreign Trade, Investments and Fisheries, Julio José Prato, pointed out, in a press conference, that the private sector lost around US$ 225 million (R$ 1.17 billion) in revenues in the period, mainly due to from blocking highways and blocking cities. According to the government official, the amount increases daily in the private sector, from US$ 40 million to US$ 50 million. According to Prado, the loss of Ecuadorian trade is around US$ 90 million (R$ 470.9 million), especially with Quito and Cuenca being the most affected cities, with sales falling by around 60%. The minister warned that the production chain in the “extremely critical” situation is the poultry industry, with “a large number of chickens having to be sacrificed or not resisting the lack of food”. In the agricultural and livestock sectors, economic losses were estimated at around US$90 million. The oil sector, one of the pillars of Ecuador’s economy, recorded a negative impact of US$ 96 million, as it stopped producing 1 million barrels of oil in the last two weeks, more than 80% of which were produced by state-owned Petroecuador.

In all, the protesters have ten demands, ranging from measures to ease the finances of the poorest families to others that go against government policy. There are demands, for example, to reduce and freeze fuel prices, control the prices of essential products, forgive peasant families’ debts and respect indigenous rights. In addition, it is required that state-owned companies are not privatized and that there is no increase in mining and oil extraction activities. The protests in Ecuador began on June 13, convened mainly by the Confederation of Indigenous Nationalities of Ecuador (Conaie). Other peasant organizations, as well as unions and student organizations, also participate in the demonstrations. So far, five deaths and 200 people have been injured among protesters and security force agents, in addition to 100 arrests, according to human rights organizations.

Previous discover the opportunities for you!
Next Madame Web welcomes Emma Roberts