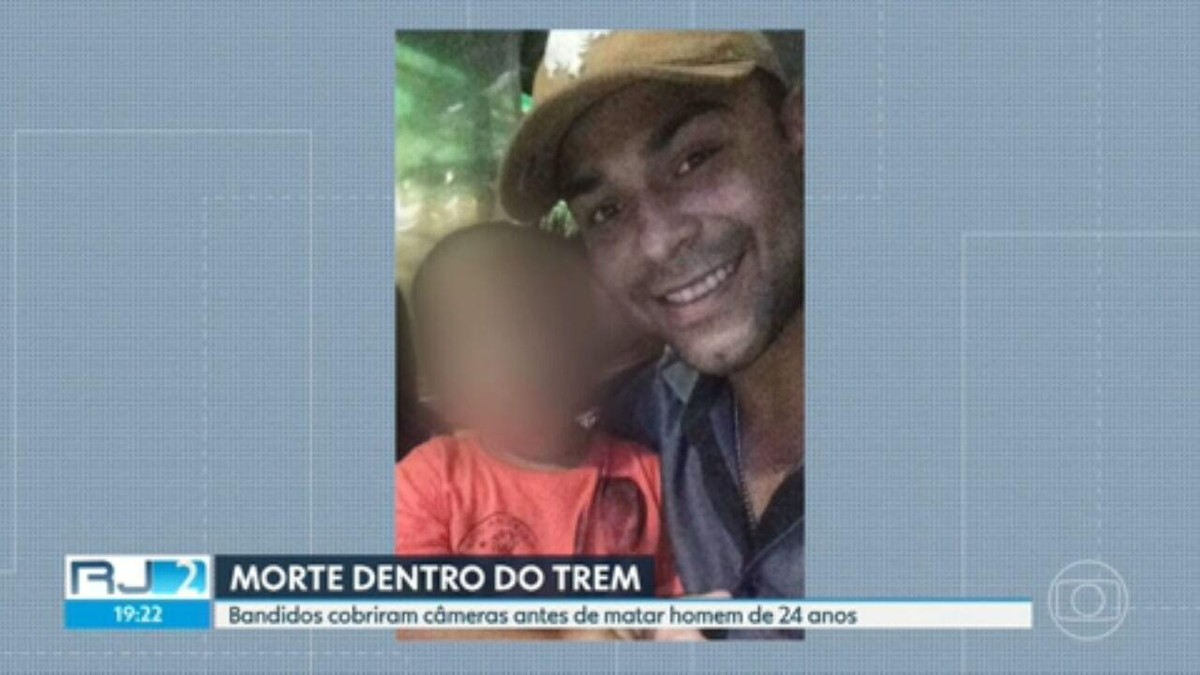 A security camera on a train on the Santa Cruz branch where a man was murdered on Monday afternoon (27) was covered with tape before the crime, witnesses said. The victim was identified as 24-year-old Jairo Jonatan, who works as a waiter at Maracanã.

According to police, the camera was covered by the shooter himself. When he stopped at Deodoro station, he got up and shot the victim, who was sitting, with a revolver. After the murder, passengers in the composition still took objects from the victim and fled.

According to Jairo’s relatives, he was an ex-army parkman. Army police were at the scene of the murder. Jairo leaves a son.

Cameras were obstructed in the train car – Photo: Reproduction

Jairo was murdered in a train car, at the height of Deodoro – Photo: Reproduction

The Fire Department and the Military and Civil Police were called. The Capital Homicide Police Department said it went to the scene to carry out the expertise. Although the camera near the murder was covered, other equipment caught the shooter’s movement.

In a note, SuperVia reported that the train was heading from Santa Cruz (Santa Cruz branch) to Central do Brasil, at Deodoro station. The concessionaire called the Fire Department and the Railway Police Group (GPFer) for the necessary measures.

“The trip had to be ended in Deodoro, and the passengers continued their journey in other compositions”, said the concessionaire.

According to relatives, Jairo was an ex-army park guard. — Photo: Reproduction

Man died after being shot in the head inside a train on the Santa Cruz branch – Photo: Reproduction / Personal Archive

A passenger, who did not want to be identified, told g1 that the shooter was wearing a mask and cap, and that she did not notice any strange movement in the wagon. Suddenly, with the sound of the door opening, she heard a shot, and the shooter got off the train soon after, at Magalhães Bastos station.

“The shooter waited for that signal from the door for the execution. It was all well calculated,” she said. “It was just a shot to the head and the guy left. I don’t think anyone recognizes him”, she concluded.