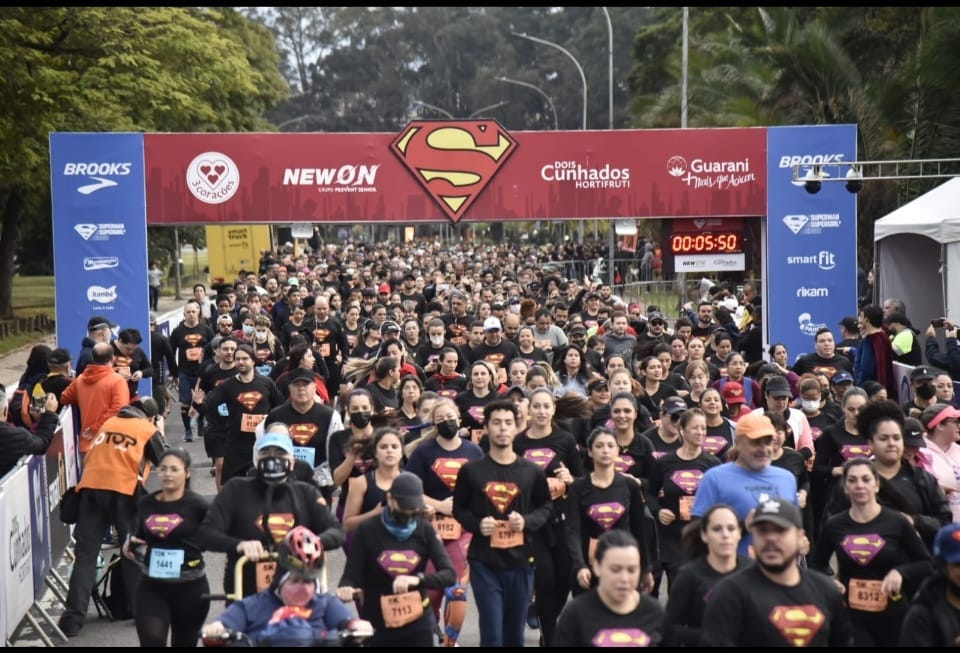 Superman & Supergirl Run São Paulo held its third edition this Sunday after more than three years absent due to the limitations of the pandemic. The return had thousands of runners coloring the cloudy and low temperature Sunday in the capital of São Paulo, whether in the fight for first places or to win their personal challenge of completing the 5 and 10 km courses.

This year’s edition presented some novelties in relation to the first two years. The start and finish took place in front of the Ibirapuera Obelisk, the same location as the São Paulo International Marathon. The Arena Planeta Diário, with several attractions, was set up at Praça Ibrahim Nobre, providing more space for the various services offered.

For those who went to fight for the top of the podium, the conditions of the day helped a lot in the performance of the runners. In the case of the 5 km, for example, the couple Leonardo Santana and Alice Yuri not only won another title but also improved their times obtained in the last edition, in 2019. In the men’s, Leonardo set a time of 14:07, followed by Marcos de Sousa , with 15min41s, and Adriano da Silva, with 16min34s. Alice, on the other hand, won the women’s event covering the distance in 17min04s. The second place went to Patrícia dos Santos, with 19min20s, and the third to Eliane Britto, with 21min23s.

In the 10 km, the winner in the men’s confirmed the runner’s DNA. Alexandre Neves Teles da Sousa, son of José Teles, champion of the São Paulo International Marathon in 2005 and the only Brazilian to complete the marathon of the Beijing Olympic Games in 2008, won with a time of 32:43. In second place was Sebastião Viana, with 33min07s, and Fabiano de Barros, with 35min45s. Among the women, the best, respectively, were Rosilene de Souza, with 43min08s, Danielle Mantovani, 47min11s, and Alessandra Braga, 48min28s.

Previous Range Rover falls from transport, hits Honda and is destroyed
Next Corinthians lineup: João Victor trains and could be new against Boca Juniors | Corinthians