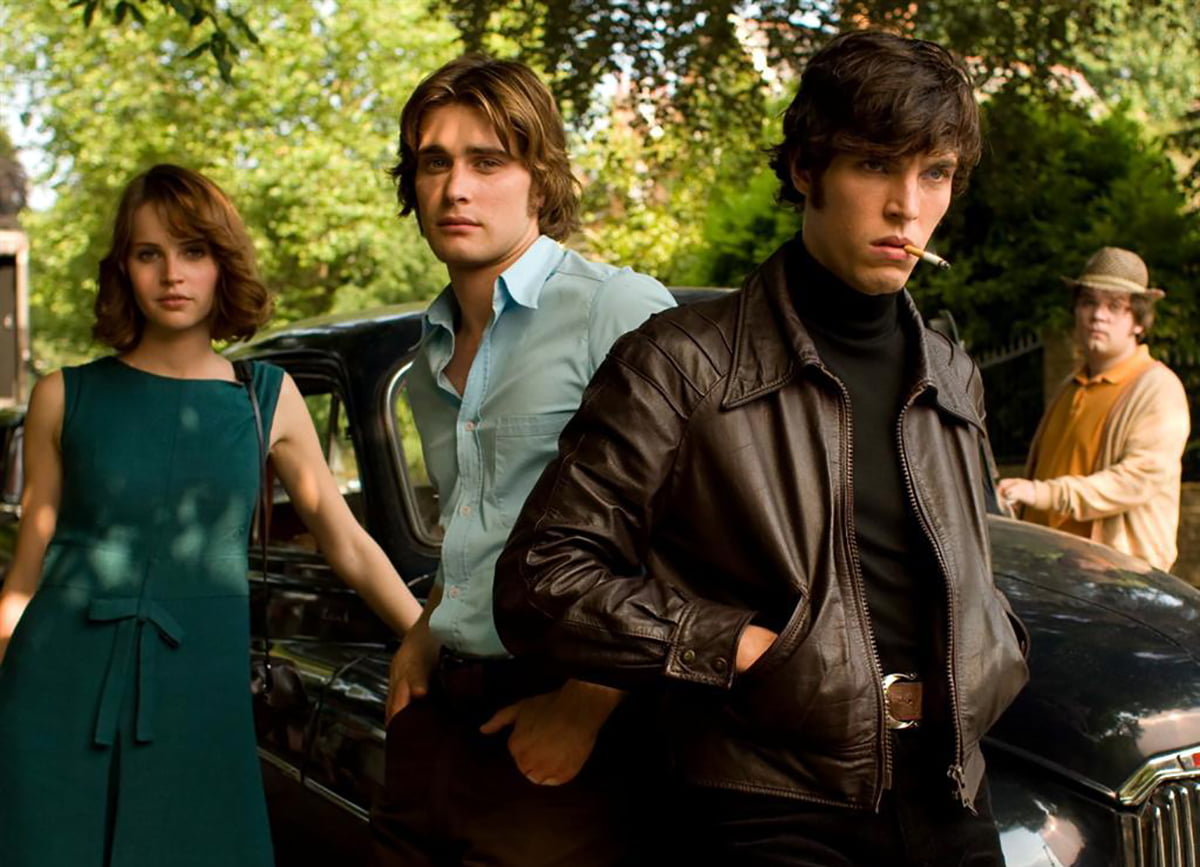 The Fabulous Ricky Gervais Movie On Netflix You Should Definitely Watch

Youth is a period full of whims. When it seems that it is getting used to the ups and downs of adolescence, overcoming the many difficulties typical of this phase, a rehearsal of what may still be to come, it opens its doors to adulthood, whether it is ready or not. From that moment on, the parties that result in inconsequential drunkenness, watered with sex without commitment and afflicted parents on the other side of the city begin to become a pale memory, which gallops into oblivion in the face of the need to earn bread — even the inescapable evidence that this deadly tedious lifestyle can be the most misguided of decisions. There are those who embark on the ship of the so-called serious life of wisdom without any smoke of regret, without the slightest fear of being swallowed by boredom, faithful companion of every individual over thirty years of age, to a greater or lesser extent; in the same way, there are those who decide to embrace the expectations that others have for them and end up facing the door of disillusionment, drinking from the warm waters of the fountain of nostalgia and condemning themselves to lead a miserably narrow life, in and out without end of the labyrinth of memory rambling about what his life might have been like if he had sought in himself the courage to try another path.

Ricky Gervais and Stephen Merchant decant the dreams of three of these young adults, lost, tormented, somewhat paranoid, in “Cemetery Junction” (2010), a metaphor built on British humor, known for its acidity, of the need to grow up, keeping untouched in what is most relevant. The directors set the story in the 1970s, a time laden with cultural revolutions around the world, of economic liberalism taking strides, especially in England under Margaret Thatcher (1925-2013), and of “Beatles” in early 2013. career — in this regard, it is kind of surprising that the Fabulous Quartet is never mentioned, even though the aesthetic of the triad of protagonists is very reminiscent of the band, and that the name of another British pop culture icon comes up, that of Elton John, qualified like “male music” at one point.

The title Cemetery Junction is a district of Reading, in south-central England, a jumble of dead ends. The casting couldn’t have been happier; Jack Doolan, who here answers for Snork, the fat slacker, always ready to shoot an obscene and ill-timed joke, eclipses the performance of the two heartthrobs, the classic good guy Freddie, by Christian Cooke, shy but ambitious; and Bruce, the bully who doesn’t hesitate to buy a good fight, the best of three performances, played by Tom Hughes. None of them are rich—Snork is a supervisor at the city’s train station, where the final sequence of Gervais and Merchant’s script will take place; Bruce defends himself as best he can at the metallurgical post and Freddie accepts the job of life insurance salesman, an argument from which the core of the narrative unfolds. The three dreamers take turns in the role of protagonist, each one drawing the attention of an audience that was certainly already enchanted by the resourcefulness of the interpreters and the disaffection of the story, until Cooke’s character is placed more at the center. His job at the insurance company, headed by Matthew Goode’s Mike Ramsay, puts him in touch with people of higher extraction, like Julie. The character of Felicity Jones is precisely the fiancée of Ramsay, and daughter of Mr. Kendrick, played by Ralph Fiennes, the owner of the insurance company. Freddie’s love for Julie, which she first tries to suffocate, but which she ends up surrendering, serves to make the boy make all the resolutions he sees, considered to be, at the very least, careless. When he chooses to go ahead with his plan — he, just the most pragmatic of the three friends — the film is already moving towards the end, well elaborating the excellent scenes of a conflict between father and son that transcends the generational issue.

Friendships may not be eternal, especially those made in later years, but youth. And that’s why, with messages like this, “Cemetery Junction” is so popular.