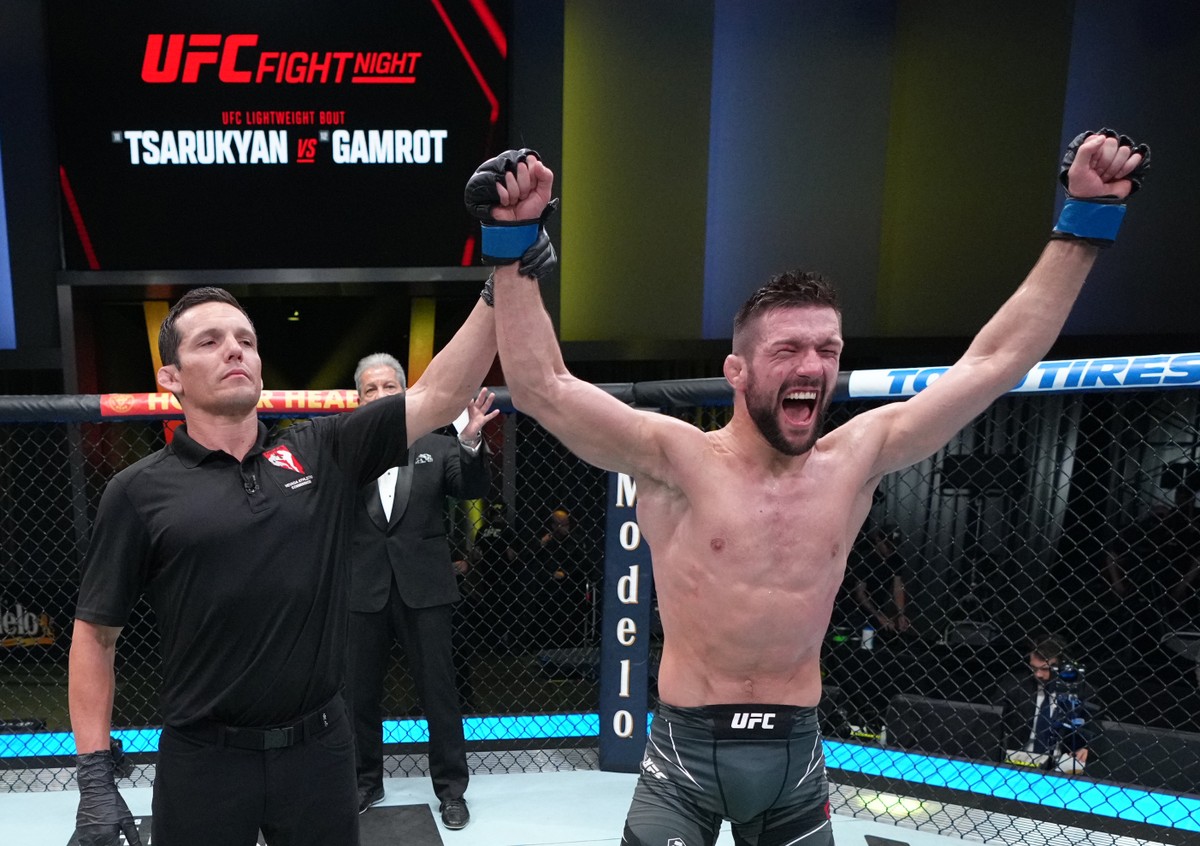 UFC: Mateusz Gamrot Asks To Fight Justin Gaethje: “The Most Brutal Guy In The Division” | combat

Winner of a five-round war this Saturday, when he made the main event of UFC Tsarukyan x Gamrot against Arman Tsarukyan, Mateusz Gamrot is now aiming high at the UFC lightweight (up to 70kg). Shortly after the fight, the Pole asked to face Justin Gaethje, third in the division’s ranking.

– I’m ready for each of the division. In the future I will be champion for sure. I want to fight Justin Gaethje. Justin Gaethje is the most brutal guy in the division. I want my next fight to be with him. I’m a big fan of Justin Gaethje. I have a lot of respect for him. I think he’s the most brutal guy in the lightweight division. This guy fought twice for the title. He’s old school, I’m new generation. Now I want to switch our places. I start climbing from the top – said Gamrot, current number 15 in the category.

The fighter revealed that he talked to Khabib Nurmagomedov after the fight and said that his plan is to beat Gaethje and then fight for the lightweight belt against Islam Makhachev, who is tipped to fight for the vacant title against Brazilian Charles do Bronx.

– Today I was talking to Khabib, and he said to me: “Congratulations on your fight. You are a nice guy. For sure in the future you will meet Islam in a fight”. So I kept my fingers crossed for Islam. I think Islam beats Charles Oliveira in the next fight, and I want a next fight against Justin and then I want to fight Islam. Simple Plan.

About the victory against Tsarukyan, Gamrot said that the physical preparation was the fundamental factor to turn the fight after losing the first two rounds.

– My trainer told me: “You lost the first and second rounds”. And I know I have to speed up. If I want to win, I have to accelerate in the other round. But I told you guys at the press conference before the fight that I’m experienced. I’m used to fighting five rounds, I’m used to great pressure and I’m used to being the champion, you know? I saw it in Arman’s eyes that he was going to slow down after each round. His conditioning was going to decrease, my conditioning was going to increase and I knew that physical preparation would be the key in this fight

Mateusz Gamrot also took advantage of the press conference to send a message to his friend and fellow countryman Joanna Jedrzejczyk, former UFC strawweight (up to 52kg) champion who recently retired from MMA.

– Joanna is a very good friend. She also helped me a lot when I signed the contract with the UFC. She helped me a lot everyday. She’s given me a lot of motivation and now I’m really happy that she’s going to retire because she deserves it. She deserves all the beautiful things in life. She was a UFC superstar for many years, she was five or six times world champion, she did everything in the UFC. She is a true warrior, a true fighter, has a strong mindset and I wish her the best in life – she concluded.

Previous Alaska Airlines will pay for travel for employees who need to abort a pregnancy
Next XP Educação launches college with free graduation, new MBAs and free courses; learn how to sign up