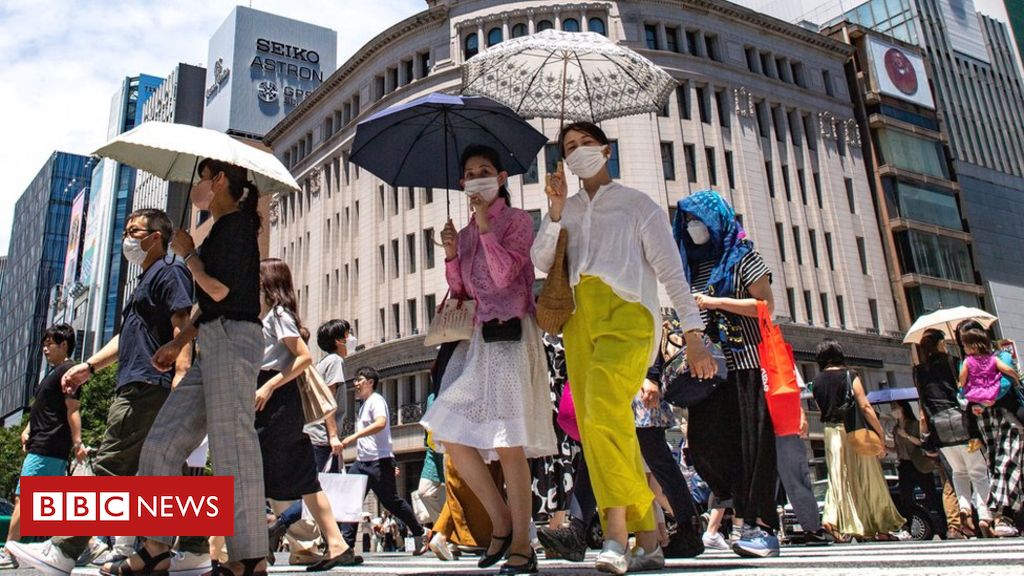 Why Japan wants 37 million people to turn off their lights

Japan’s government urged residents of and around the capital Tokyo to use less electricity on Monday, warning that power supplies will be disrupted as the country grapples with a heat wave.

The expectation of the Ministry of Economy, Trade and Industry is that there will be a “severe” demand for energy this afternoon (local time).

The guideline is that people should turn off unnecessary lights, but continue to use air conditioning to avoid heat stroke.

For weeks, officials have been warning of an energy crisis as temperatures rise.

Over the weekend, the temperature in central Tokyo topped 35°C, while the city of Isesaki, northwest of the capital, recorded a record 40.2°C. It was the highest temperature ever recorded in June in Japan.

June marks the beginning of summer in the country, with temperatures typically below 30°C during the month.

In a statement released on Sunday (26/6), the ministry said surplus power generation capacity is expected to drop to 3.7% by Monday afternoon in Tokyo and eight neighboring prefectures.

A reserve of 3% is considered necessary for stable supply.

The government has asked people to turn off unnecessary lights for three hours starting at 3 pm (Tokyo time — 7 am BST) while “properly using the air conditioning and staying hydrated during the hot hours”.

While electricity providers are working to increase supply, the ministry said the situation is “unpredictable” as temperatures rise.

“If there is a surge in demand and sudden supply problems, the reserve margin will fall below the required minimum of 3%,” he said.

Japan’s energy supplies have been tight since an earthquake in the country’s northeast in March forced some nuclear plants to suspend operations.

These issues, coupled with an increase in demand for electricity, have resulted in energy contention.

Earlier this month, the Japanese government urged households and businesses to save as much electricity as possible during the summer.

Meanwhile, Japanese public television broadcaster NHK reported that 46 people in Tokyo were taken to hospital on suspicion of heat stroke on Sunday afternoon. And a 94-year-old man reportedly died from the condition in nearby Kawagoe.

Also this month, Australian authorities appealed to families in New South Wales — a state that includes the country’s largest city, Sydney — to turn off their lights in the face of a power crisis.

Previous How you hold your cell phone can give answers in personality test
Next BET Awards: find out everything that happened at the event! – Vogue