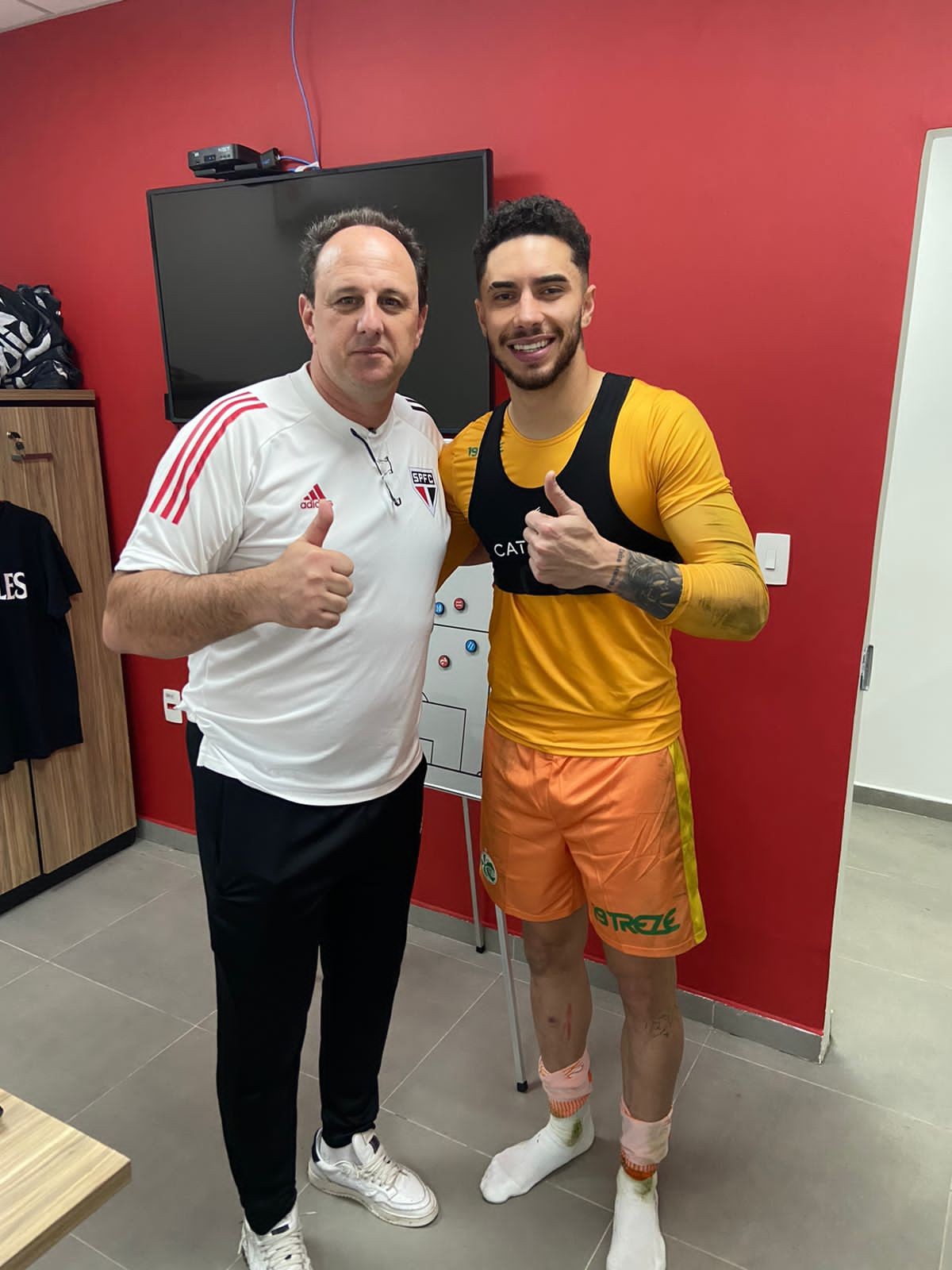 After a draw with São Paulo, Juventude’s goalkeeper fulfills his dream of meeting Rogério Ceni | youth

The game against São Paulo was special for a Youth player. After suffering criticism for his recent performances, goalkeeper César had an inspired night and was largely responsible for securing zero on the scoreboard and a point won away from home. But in addition to safe defenses, the player fulfilled his dream of personally meeting one of his childhood idols: Rogério Ceni.

Juventude faced São Paulo twice this year in the third phase of the Copa do Brasil, but only after last Sunday’s game did the 27-year-old have the chance to talk to the former goalkeeper and current coach of the São Paulo tricolor. After the match, César did not hide his joy at having contributed to the draw with a good performance in front of one of his inspirations.

– It is a great mirror for all goalkeepers. Since I was a child, I have followed his career, the story he has built and has always been an inspiration as a professional. A meeting that I will never forget, I was happy to have played a good match against his team – commented the Juventude player.

The duel in São Paulo also marked the debut of coach Umberto Louzer. Even with just three training sessions, the team’s behavioral change was highly praised. For the holder of the goal alviverde, the arrival of the new coach reestablished the confidence of the group.

– He is a great coach, who has already arrived and changed the team in this debut. We know it’s just the beginning of the work under his command, but the teacher gave us all confidence and we trust and respect his choices – analyzed the goalkeeper.

The point won at Morumbi, however, did not diminish the pressure and the need for victories for Juventude. With 11 points in 14 games, the club has gained a position, but is second to last and needs a series of two consecutive victories to dream of leaving the Z-4. Even so, César remains cautious and preaches work aiming at the next match against Atlético-MG.

– It was a great match for the whole team, not just mine. I am happy to have contributed with my work to this result away from home. Now we know that we have a difficult commitment in Caxias against Atlético-MG and we will work hard this week to get a good result – he concluded.

In search of recovery, Juventude will have another free week for training aimed at the confrontation against Atlético-MG, at 4:30 pm on Saturday, at the Alfredo Jaconi Stadium. The match will be valid for the 15th round of the Brazilian.

Previous 7 Netflix Action Movies to Watch After The Toronto Man
Next Android 13! Samsung to update Galaxy S22 line with 1st beta of One UI 5.0 in July