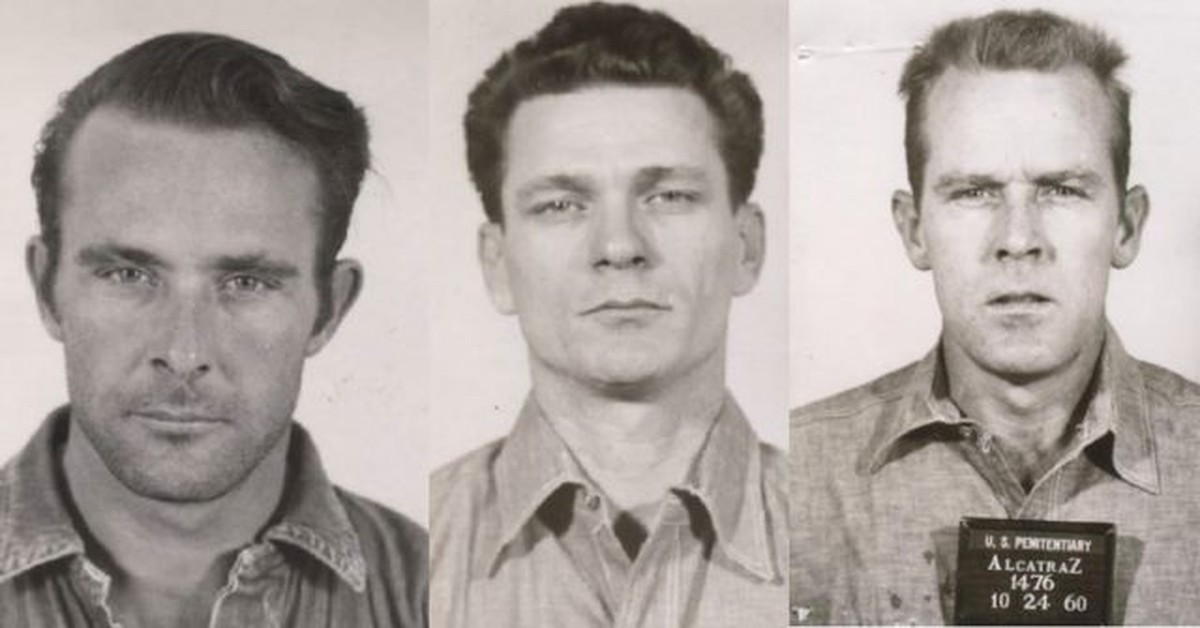 Three bank robbers proved that Alcatraz’s security could be broken.

In 1934, the US model prison was installed on a small island in the North Pacific.

It was so isolated that it would be impossible for detainees to cross the waters of San Francisco Bay and survive an escape attempt.

However, John Anglin, Clarence Anglin and Frank Morris took their chances to flee on the night of June 11, 1962.

They used hair, toilet paper and soap to make doll heads, which they covered with blankets to pretend they were sleeping. And then they fled through a tunnel they had dug using spoons for months from their cells.

The inmates made an inflatable raft with raincoats and jumped into the water sometime between 8 pm and 2 am, according to FBI documents.

Despite search efforts, the men were never found.

Alcatraz, also known as “The Rock”, ceased to be a maximum security prison in 1963, a year after the breakout.

The BBC tells three unknowns about the case that have not been resolved 60 years later.

What happened to the prisoners who escaped from Alcatraz?

Authorities said at the time there was no way the three fugitives could have survived the icy waters of San Francisco Bay, although today triathletes swim this stretch with no problems.

The FBI closed the investigation in 1979.

However, San Francisco police received a letter allegedly written by one of them in 2013, which was leaked to the American press and public opinion five years later.

“My name is John Anglin,” the letter begins. “I escaped Alcatraz in June 1962. Yes, we all survived that night, but just barely!”

The author of the letter claims that the three survived and reached old age.

The alleged John Anglin claims that Morris died in 2005 and his brother Clarence in 2008.

The signer of the letter even proposes a deal to the authorities: “If they announce on television that they promise me that I will only spend one year in prison and that they will give me medical attention, I will write back to tell them exactly where I am.”

According to the letter, John Anglin lived most of his life in Seattle, Washington, and spent eight years in North Dakota.

The cell that was occupied by Frank Morris has been recreated in the Alcatraz museum — Photo: Justin Sullivan/via BBC

The US Marshals service, which has handled the case since 1979, sent the letter to an FBI laboratory for forensic analysis of the handwriting.

“The handwriting samples from the three fugitives, John Anglin, Clarence Anglin and Frank Morris, were compared with the anonymous letter and the results were inconclusive,” the service said in a statement.

At the time police received the letter, John Anglin claimed to be living in Southern California.

To this day, the three fugitives remain on the most-wanted list and authorities have released photos of what they might look like after they grow old.

David Widner, a nephew of the Anglin brothers, told CBS that his grandmother received flowers with cards signed by John and Clarence for several years after the escape.

The letters have not been evaluated by any authority for authenticity.

“The truth is, I haven’t come to a conclusion whether I think John wrote it or not,” said David Widner.

Regardless of the veracity of the document, the nephew was dismayed that the letter was not delivered to the family.

“Since he says he has cancer and is dying, I feel like they should at least have reached out to the family and let us know about the letter,” he said.

The cell of one of the Anglins is one of the most visited areas of the museum that operates today in Alcatraz, which receives about 1.3 million tourists a year.

It is also the starting point for the annual “Escape from Alcatraz” triathlon competition, in which hundreds of athletes prove that, with proper training and equipment, it is possible to leave the dreaded island and arrive alive. to the mainland.

Previous With Taison out and doubts in the team, see everything about Colo-Colo vs Inter
Next BRL 44 MI resurfaces in Fluminense and fans ‘chia’ after Luiz Henrique’s official departure: “Valia mais”