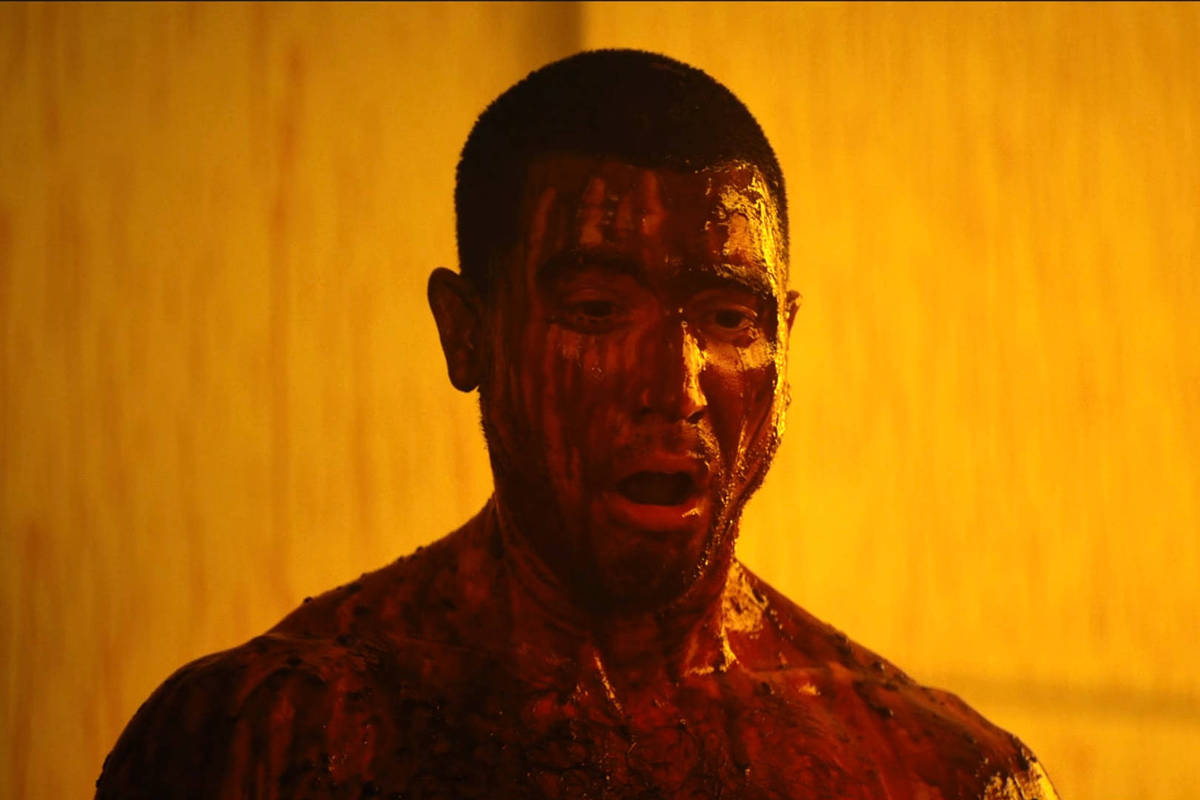 With the weather heating up during a party, two guys decide to have a little more privacy in a bedroom. One of them is super-powered and can change size – determined to use his abilities to spice up the relationship, he shrinks himself until he can get inside his partner’s penis.

After massaging the inside of the member, he ends up returning to normal size and explodes the other boy from the inside, in a shower of blood and guts.

The absurd scene is part of the first episode of the third season of “The Boys”, which premiered earlier this month on Amazon Prime Video and has been gaining new episodes weekly.

There are several movies and series that show these more adult versions – and even Marvel and DC, which dominate this area, have been surfing the trend. See, below, a list of movies and series of heroes available on streaming that are full of blood, violence, nudity and sex scenes. But attention: pay attention to the indicative rating before playing.

Birds of Prey: Harley Quinn and Her Fantabulous Emancipation
After the success that Margot Robbie’s Harley Quinn had in 2016’s “Suicide Squad”, it was only a matter of time before the character won a movie of her own. In the plot of “Birds of Prey”, the character realizes that she is not taken seriously in Gotham City. When a criminal begins to threaten the city, she forms a group with other women to save a little girl. Full of beatings and mutilation, the film tries to make the public even more fond of Harley Quinn, even if she is not exactly good.

Deadpool
Wade Wilson is a former special agent who went to work as a mercenary. But everything changes when he undergoes a scientific experiment that, while disfiguring him, gives him healing and super strength powers. He then decides to take revenge on the scientist responsible for the procedure, but he will do so with cynicism, profanity, debauchery and heavy violence. The film manages to create a protagonist who is, at the same time, unscrupulous and charismatic.

Suicide squad
Agent Amanda Waller decides that the government needs a group of superpowers to carry out complicated missions. Despite not having explicit violence or nudity, the film was one of those responsible, within the DC hero universe, to try to break with the idea of ​​immaculate characters. Five years later the group returned to the screens, in “The Suicide Squad”. The version is much bloodier than the previous one — the first action sequence alone already shows a series of deaths and torn bodies. In this second story, villains and anti-heroes are selected for a new mission. The long makes a point of sensualizing actor John Cena in the role of the Peacemaker, who won his own series on streaming shortly after.

logan
After two forgettable films, the story of the mutant Wolverine takes on new contours in “Logan”, which delves into the most human side of the superhero to show a dramatic plot and with an air of farewell – it was the last time that Hugh Jackman lived the hero. In the story, an old and tired Wolverine decides to fulfill one last mission given by Professor Xavier: to protect a little girl named Laura Kinney, known as X-23, who has claws like hers. The long, filled with scenes of savage violence that the character’s comic books usually have, finally meets the fans, who asked to see a more brutal character on screen.

Peacemaker
Few months passed between the release of “The Suicide Squad” and the debut of this series, which sheds light on one of the characters in the film, the Peacemaker. In the plot, the character is summoned by an improvised government task force to try to stop a threat. As in the film that originated it, the production is full of violence and nude scenes.

Previous Tutor hangs sign to explain why her dog is always on the roof
Next At CBF, 25 clubs outside of Libra name a new association: the Liga Forte Futebol do Brasil | sport business