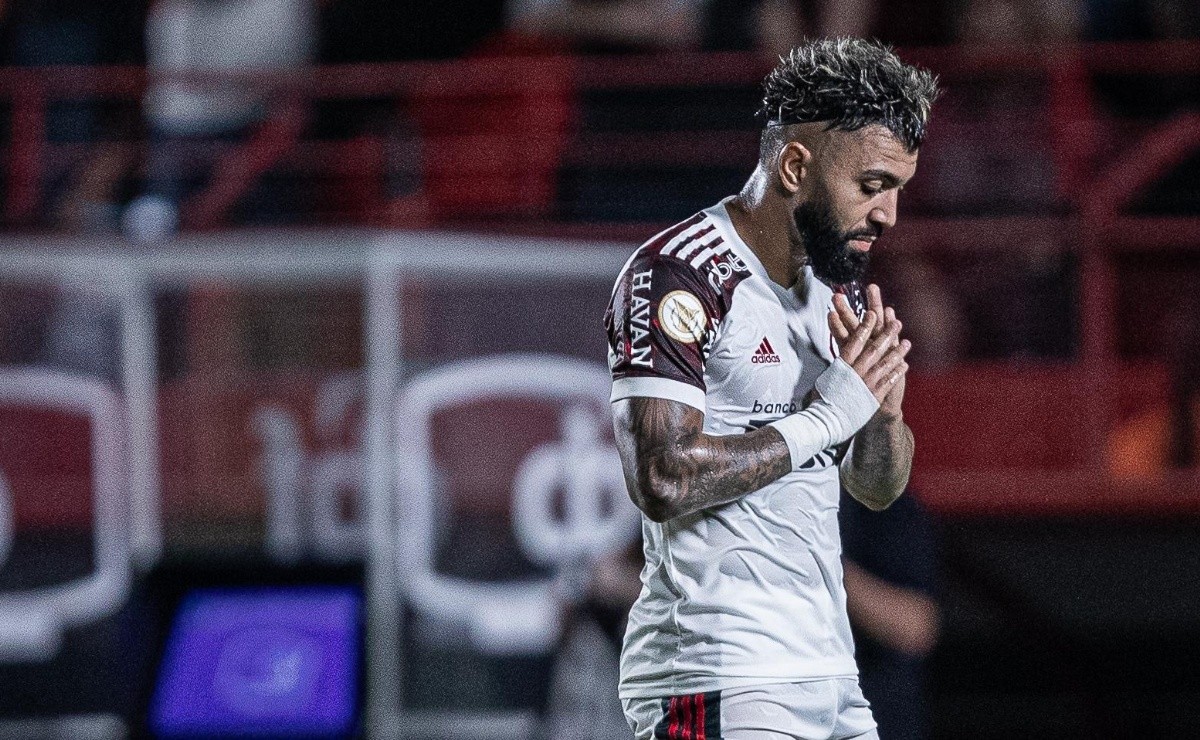 “Have a desire to make it work”

The striker, who missed three clear scoring chances against América Mineiro, is not having a good time at Flamengo

Flamengo won again in the Brasileirão. Without difficulties, Mais Querido, which had more than 40,000 fans at Maracanã, last Saturday (18), beat América Mineiro 3-0, in a game valid for the 14th round of the national tournament. The goals were scored by Gabigol, Arrascaeta and Marinho. The negative highlight was shirt 9, who despite having hit the nets, missed a penalty and two more chances face to face with Matheus Cavichioli.

The striker once again left Maracanã booed. What was a honeymoon with the fans in the last three years, turned into a war between shirt 9 and the fans. Gabigol complained about the attitude of fans who went to Maracanã and criticized the missed goals. The striker recalled that he scored in the match and converted almost all penalty kicks since he arrived at the club, while the crowd demands more focus. To make matters worse, the professional’s sister revealed that the athlete wants to return to Europe in the not too distant future.

Dhiovanna Barbosa, Gabigol’s sister, revealed in an interview with the TV show “Foi mal”, that the striker still dreams of returning to Europe: “He wants. It seems that the more it has this of not having worked out [na primeira vez]the more he wants to make it work”, she nailed it, who commented on Gabigol’s chances for the World Cup: “On the path my brother is on, I hope it is [chamado por Tite]. I hope so, but we don’t know what tomorrow will bring.”she concluded about Gabigol.

Although he is in a bad phase at Flamengo, Flamengo’s number 9 still has a lot of market in Europe. Recently, Newcastle United, Aston Villa and West Ham, in addition to Fenerbahçe, did a poll for the athlete, but at first, Rodolfo Landim has already warned that he does not intend to release the team’s top scorer this season.