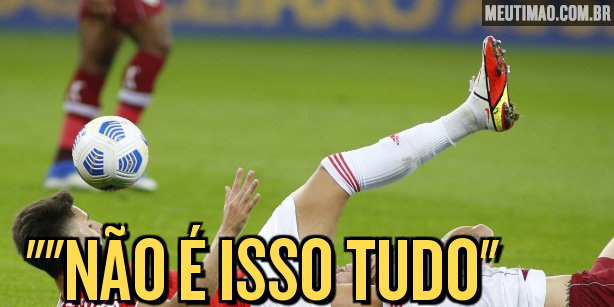 The possible hiring of Yuri Alberto at Corinthians is already causing a stir on social media and sports programs. Before the official announcement by the alvinegro club, the idol Neto gave his opinion on the attacker’s coming to Parque São Jorge.

Neto contested the negotiation format, which involves Gustavo Mantuan and Ivan leaving on loan from Zenit, from Russia, for the arrival of Yuri Alberto. The two players, it is worth remembering, have already accepted the transfer to the European team and are now lining up details for a loan valid for a season.

“I still don’t know what to think of this negotiation. I think Yuri Alberto is good with the ball, he is 21 years old, a striker who has the resources that Corinthians needs. He lost Jô and Júnior Moraes still hasn’t played. But, handing over Mantuan, Ivan, who is the almost perfect replacement for Cássio, taking them both for Yuri, for all the money they’re talking about, 30 million a year, neither Lewandowski nor Luís Suarez”, said the former player on the program The Ball Owners this monday.

“Could it be that Corinthians didn’t realize that the kids are doing well? This Robert plays a lot of ball! Du Queiroz, who everyone thought was not good, is one of the best on the team. Yuri Alberto is good with the ball, scorer of goals, but that’s not all. Sorry, for me it’s not. Corinthians may even need him tactically, because Jô left, but Yuri’s numbers at Zenit are bad. Yuri is 21 years old and Mantuan is 21 years old. Who do you leave at Corinthians? Mantuan, of course. Leave it until the end. Yuri brings it on loan”, added the commentator.

Corinthians’ search for a striker began after the termination of the contract with Jô, which happened after the player was filmed in a samba circle at the exact moment the team was on the field against Cuiabá. The following day, the athlete did not appear at CT Joaquim Grava to provide clarification.

At 21 years old, Yuri Alberto belongs to Zenit and there he has 14 games, six goals and four assists. At his former club, Internacional, the striker played 85 matches, scored 31 times and served his teammates on six occasions.