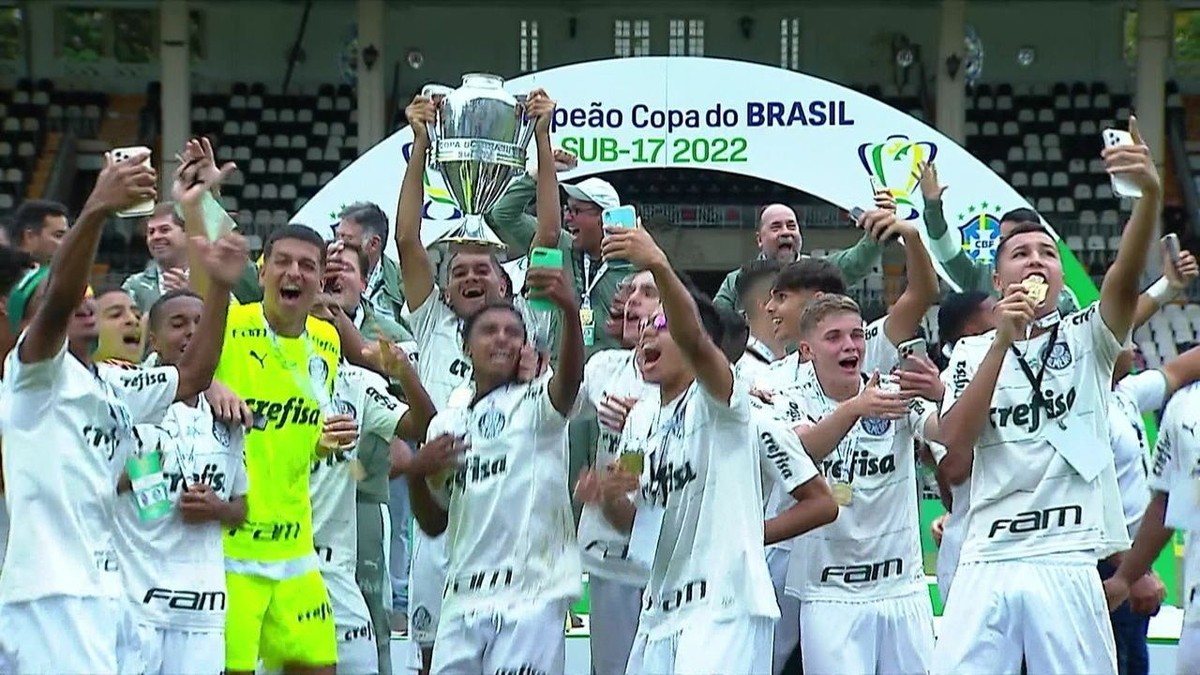 The title of the Copa do Brasil Sub-17 placed the trio Gabriel Vareta, Luis Guilherme and Endrick in the history of Palmeiras. With the achievement, the three are the only athletes from the club to win official competitions in all youth categories, from under-11 to under-20.

After winning the first leg by 4 to 1, in São Paulo, Verdão was defeated by 4 to 2 last Sunday, in São Januário, and won the title of the Copa do Brasil for the third time in the category.

– I can barely find words to describe this title. Winning the Copa do Brasil is amazing and having the opportunity to be the captain and lift the cup is even more spectacular. We had a wonderful campaign and we deserve to be champions. The whole group is to be congratulated – said Gabriel Vareta, through his press office.

– It was a very important title for the course of the season. It is an achievement that will bring us more responsibilities in the next competitions and we will keep the same focus as always. We know the strength that the base of Palmeiras has and we have to make it worth it in all the tournaments we play.

At Palmeiras since 2013, Gabriel Vareta is 17 years old and has been playing for the under-20 category since last season. He won the state titles of Paulistão Sub-11, Sub-13, Sub-15 and Sub-20, in addition to the Copa do Brasil.

Luis Guilherme arrived at Verdão in 2017 and, aged 16, recently signed his first contract as a professional athlete. The attacking midfielder won Paulistão in the under-11, under-13 and under-15 categories, in addition to having participated in the Copinha title campaign.

Top scorer of the Copa do Brasil Sub-17, Endrick has been with the club since 2016 and has an agreement to register his first professional contract in July, when he will turn 16. The striker also has in his curriculum the titles of the Copa São Paulo and the Campeonato Paulista in the sub-11, sub-13, sub-15 and sub-20 categories.

Previous What are the requirements for Brazilians to enter other countries after the pandemic? – News
Next 99Pay allows payment of boletos by WhatsApp: learn how