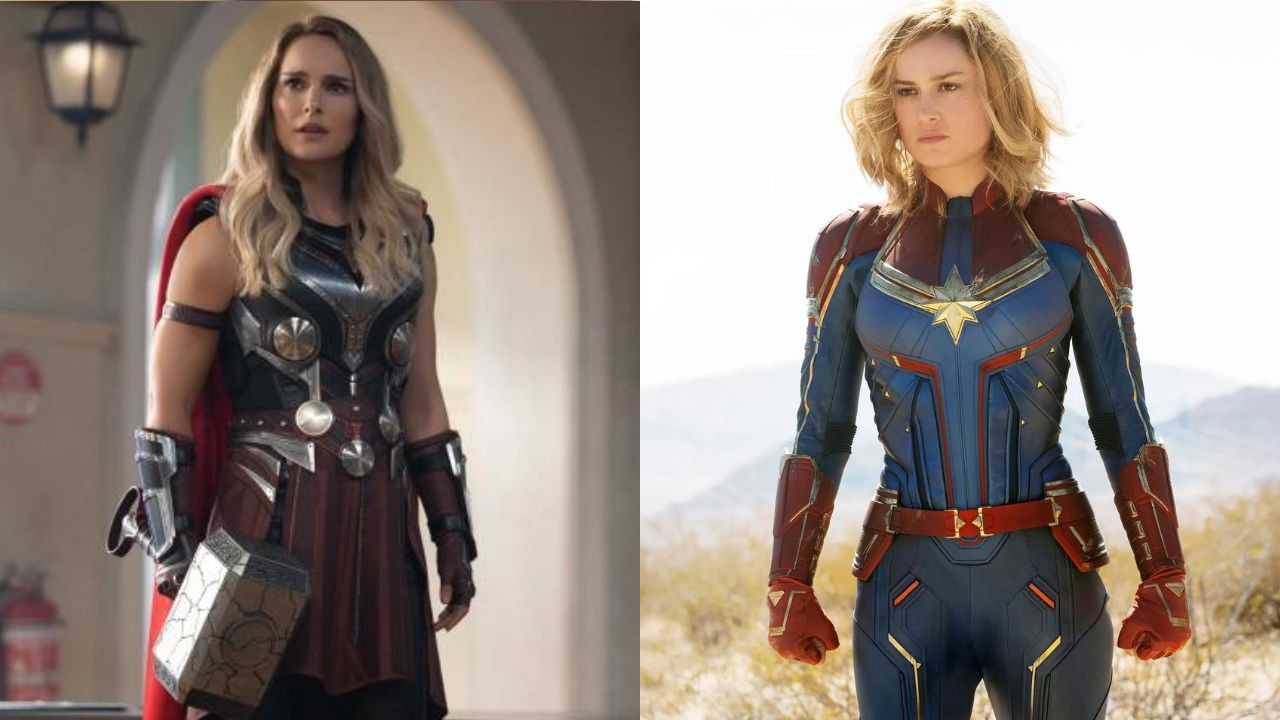 Thor: Love and Thunder is one of the most anticipated releases in the Marvel Cinematic Universe. Chris Hemsworth’s fourth solo adventure in the franchise, the film has the return of Natalie Portman as Jane Foster, a character who had made her last appearance in The Dark World (2013) and will receive powers in this new story, becoming the Mighty Thor. With new plans for the actress, Portman revealed which superhero she would like to see her character join in a future crossover movie in the MCU.

In an interview with Variety at the world premiere of the new film, Natalie Portman said that she would like to see Jane Foster / Mighty Thor alongside Carol Danvers / Captain Marvel (Brie Larson) in a crossover in the MCU. “I love Captain Marvel. brie [Larson] is a dear friend, so it would be fun. That would be cool”.

In Thor: Love and Thunder, Portman’s Jane Foster gains her turn as a superhero when she is given the hammer Mjölnir, after the God of Thunder (Hemsworth) becomes unworthy, to become the Mighty Thor. With the character getting a more important role in the MCU, it is possible that in the future a crossover between her and Captain Marvel will happen, taking into account that Carol Danvers is one of the main stars of the franchise and her next appearance will be in The Marvels, a sequel to Captain Marvel. .

Natalie Portman as Mighty Thor in Love and Thunder

Natalie Portman made her Marvel Cinematic Universe debut in 2011, in the first film in the Thor franchise, playing the character Jane Foster, a scientist who falls in love with the God of Thunder when the protagonist falls to Earth. In the 2013 sequel, The Dark World, the actress was dissatisfied with her character’s fate, leaving the franchise. After being missing in Ragnarok, being only mentioned that Jane left in Thor, the character returns in Love and Thunder to become the Mighty Thor – after Taika Waititi convinced Natalie Portman to appear in this story.

“I feel so lucky. I’m so excited that this became part of Jane’s story arc,” Portman told Variety. a. I feel like I grew up where there was Wonder Woman or maybe Catwoman. There was a type of these characters, so now having this wide variety of personalities, different looks, different powers, allows everyone to imagine their potential.”

In the story of Love and Thunder, Thor (Hemsworth) tries to find inner peace. He must return to action and recruit Valkyrie (Tessa Thompson), Korg (Taika Waititi) and Jane Foster (Portman), who becomes the Mighty Thor after the God of Thunder becomes unworthy of Mjölnir, to stop Gorr the Butcher of Gods (Christian Bale), to eliminate all the gods.

Thor: Love and Thunder opens in Brazilian cinemas on July 7.

Previous How mobile games can bring health benefits
Next “It’s the name of dreams”; São Paulo forgets Mailson and wants to repatriate 32-year-old Brazilian to be the first-choice goalkeeper