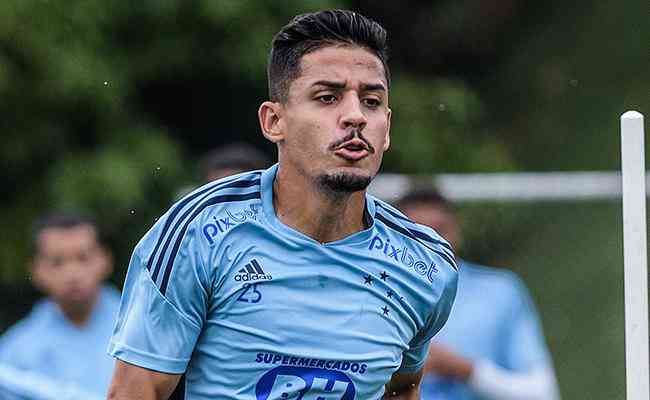 With Ronaldo and large audience, Cruzeiro welcomes Sport for Serie B

After the 2-1 defeat to Fluminense at Maracanã, last Thursday (23), for the round of 16 of the Copa do Brasil, Cruzeiro turns its attention to the dispute in the Série B of the Brazilian Championship. This Tuesday (28), for the 15th round, Raposa will host Sport, at 9:30 pm, at Mineirão.

Once again, the players will be closely monitored by Ronaldo, owner of 90% of Cruzeiro’s Sociedade Anônima do Futebol (SAF). The phenomenon, which was at Maracanã last Thursday, also confirmed its presence at Gigante da Pampulha.

For the match against Sport, Cruzeiro sold 35,000 tickets in advance. The last partial sale of tickets was released by the celestial club on June 25. The total load, according to Mineirão, is 45 thousand entries.
“The crowd is essential for us and I think the numbers have shown that. Against Sport, we expect a difficult game. We have our way of playing, it doesn’t change according to the opponent. We have our way of imposing the game and go up”, projected the goalkeeper Rafael Cabral.

Due to the schedule full of games, Cruzeiro had the commitment for the last round of Series B, against Ituano, postponed to July 5th. Still, the club did not lose the leadership of the competition. With one less duel in relation to the opponents, Raposa has 31 points – one more than the vice-leader Vasco and ten more than Sport, the first club outside the G4.

On the field, Cruzeiro will have the return of Neto Moura, one of the highlights of the season. The midfielder missed Raposa against Fluminense for having already worn Mirassol’s shirt in the knockout competition. The tendency is for him to re-form the midfield trio with Willian Oliveira and Fernando Canesin.

Still in midfield, Uruguayan Leonardo Pais can be at the disposal of coach Paulo Pezzolano. He is recovering from a muscle swelling in his right thigh, but, due to the downtime, he will hardly be able to play the full 90 minutes. Even his presence among the related is a doubt. The tendency is for Geovane to be responsible for the right wing.

On the other hand, Rafa Silva should miss the team. The striker did not participate in the last training sessions due to a discomfort in his right foot. The most likely options to team up with Edu are Rodolfo, a starter against Fluminense, and Daniel Jr, who would play more openly on the sides of the field.

Although Lisca announced on Monday night (27), Sport will be led by assistant César Lucena this Tuesday. Leão fired Gilmar Dal Pozzo after the negative sequence in Serie B – one defeat and three consecutive draws.

Suspended, midfielder Giovanni, ex-Cruzeiro, will not go to the game. On the other hand, defender Rafael Thyere, right-back Ezequiel – who played at Toca da Raposa II between 2016 and 2018 – and forward Ray Vanegas return from an automatic hook.

Reason: 15th round of Serie B of the Brazilian Championship