An estimate by the Organization for Economic Co-operation and Development (OECD) indicates that more than one billion jobs are expected to change radically as a result of technological developments in the world. With this, the demand for professionals in the area should increase and, looking at the trend, XP Educação presents this Monday, 27, the XP Faculty. With a focus on graduation with zero-cost tuition, the initiative should initially train 400 students in subjects related to technology.

Paulo de Tarso, CEO of XP Educação, says that this is the officialization of an idea that began 20 years ago. “This education element is in XP’s DNA. Back there, Guilherme (Benchimol, founder of the company) understood that this is the most effective way to show people about investment products, heritage building”, he details. The project had an investment of more than BRL 100 million and expands XP Educação’s performance by taking a step forward towards professional training in five courses: information systems, data science, systems development analysis, database and cyber defense .

According to the executive, the motivation that led to the consolidation of the initiative was the demand for qualified labor in this segment. In addition, it highlights the unpreparedness of recent graduates to enter the job market. “The big difference lies in a very strong connection with the XP ecosystem. XP College is drinking from a movement that in the United States is called employer universitywhich is when an employer brand, which is normally not an education brand, enters the business and starts training its own future talents”, explains Tarso.

With a methodology based on real projects and a faculty composed of executives and employees, who will act as professors, tutors and mentors, for example, the initiative also gives students the opportunity to do an internship at the company and, in the future, occupy more high and even go into entrepreneurship. 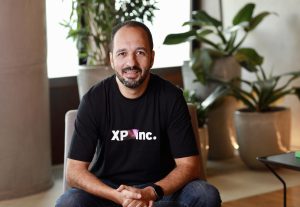 The free graduation offer provided by XP hopes to attract an audience between 17 and 24 years old who has recently graduated from high school. Expanding the possibility of finding talents that expand the financial center of São Paulo, the courses will be at a distance, inspired by the anywhere work model, already adopted by XP. “We even understand that there may be people who don’t like the model, but we want those who adapt to it”, declares the CEO. “Brazil is very big and we want to get where this talent is”, he adds.

Among the novelties presented by the company, there is also the expansion of the portfolio of MBAs and the launch of a platform that has bootcamps in 44 modalities related to technology and innovation. Access is through a monthly subscription of R$ 65, which also provides 35 free courses in finance and gives access to the so-called Opportunities Radar, which connects users to job openings from large technology companies. XP is studying the partnership model for the future to increase employability.

Selective process
Faculdade XP seeks students with leadership characteristics, technical profiles and entrepreneurial spirit, for example. The first stage of the process, of four eliminations, consists of four open-ended questions in which the candidate must describe overcoming situations and lessons learned from this.

Then there will be a two-week bootcamp, in which young people will be exposed to challenges related to technology, more precisely in data science and systems architecture – in which there is no demand for prior knowledge. It is at this stage that adherence to the anywhere methodology and learning capacity will be evaluated. The third part involves a profile test calibrated by XP’s partner companies for technology professionals. The last stage is composed of a general knowledge test, in which participants can apply previous Enem scores if they wish.

Also following the demand for diversity, the 400 vacancies will be divided equally between vacancies with broad competition and affirmative ones. Regarding the diversity of the faculty, the CEO of XP Educação points out that the selection benefits from XP’s diversity initiatives as a company.

Marketing and communication plans
At the end of last year, XP acquired the Instituto de Gestão em Tecnologia da Informação (IGTI) faculty, reinforcing the brand’s background in education. Daniel Narcizo Pereira, head of sales growth at XP Educação, says that the moment of evolution of the aspect, combined with the company’s ecosystem, nurtured the need to keep the name of XP Educação – with the abbreviation XPE – linked to the college. The dissemination and presentation efforts of the project should have a strategy based on digital marketing, with a focus on social networks.

Previous Libertadores round of 16 starts this Tuesday; see games | liberators
Next Mother forgets 5-year-old son in car and child dies of heat on 38°C day in US – News