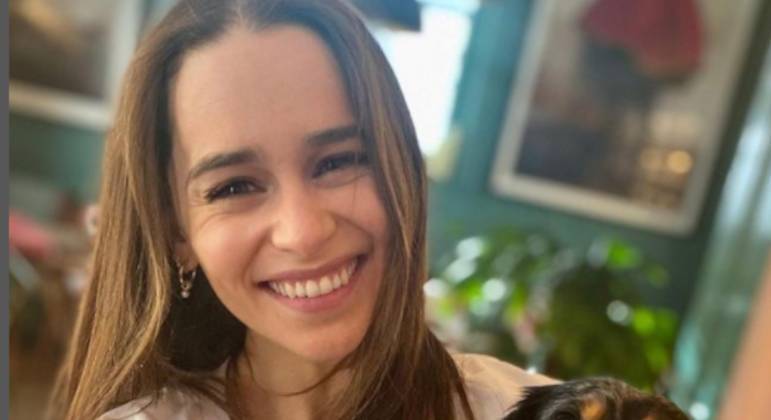 Actress Emilia Clarke published a post on her social networks giving her support for Ukraine during the war against Russia. This Friday (11), she posted a photo, smiling, with a shirt in solidarity with the country. Since the publication of the post, the actress has already reached more than 1 million likes.

Emilia, 35, became known for her character on the television series “Game of Thrones” and used her charisma and fame to position herself in favor of the Ukrainian population. In the photo, she appears with her puppy Ted.

She said that her heart is broken in the face of so much suffering and pain because of the war provoked by Russia. So, Emilia invited her fans to join her on this journey to support Ukraine and “show some love.”

In another photo, in the same post, the actress also showed the team of her newest project, all wearing the same t-shirts with a print in the colors of the Ukrainian flag.

In the photo’s caption, Emilia explains: “Ted and I are proud to be standing by Ukraine’s side. As is the beautiful and amazing team that is with me on my new project. These shirts we are wearing were the sweetest gifts I’ve ever had to honor to give,” he said.

She then continues the text commenting on ways to enter this solidarity campaign for Ukraine, calling on people to donate sums of money that will be used to provide water, food, shelter and health care for Ukrainian refugees.