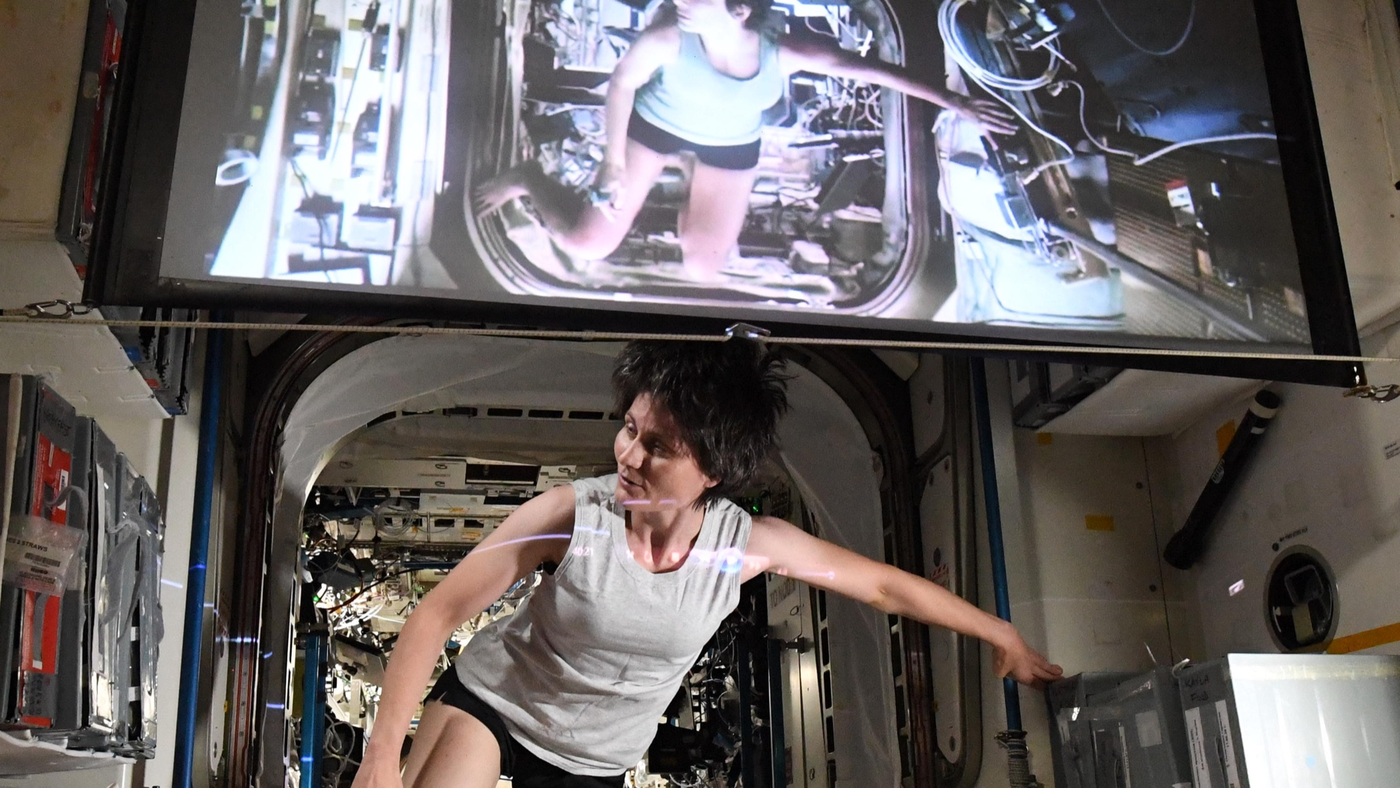 Cosplay in space: astronaut aboard the ISS imitates a scene from the movie Gravity

Italian astronaut Samantha Cristoforetti recently published a photo aboard the International Space Station with a “cosplay” of the character Ryan Stone, played by Sandra Bullock in the film. Gravity. The image was posted on Twitter on June 19, and shows the astronaut in clothes and even pose similar to those of the actress.

“Hey Dr. Stone! A quick question for you: how did you manage to get your hair to stay in place? #Asking for aFriend”, she joked, in the caption of the tweet. In the photo, we see Cristoforetti below a big screen, which shows the same scene in the film.

Hey, Dr. Stone! Quick question for you. How did you get your hair to stay put? #AskingForAFriend pic.twitter.com/qztSWnKSfu

It may even seem easy to take a picture of the type, but make no mistake: it took seven years for the cosplay to be ready and appear in a photograph. The information is from Scott Kelly, an astronaut who tried to take a picture of her in the same pose during her stay on the station, between 2014 and 2015; in the end, he only posted a photo of the same location in the lab, but without Samantha.

According to Kelly, it took him a long time to get the camera after Cristoforetti passed by wearing exercise clothes, presumably on his way to some activity aboard the station. “I was very disappointed at the time, but now everything is fine; thanks Samantha!”, he wrote, in another tweet also published on the 19th.

One of my biggest regrets from my year in space was watching #GravityMovie and having @AstroSamantha float by the screen after her working out and not being quick enough to the camera. Here’s the original photo fail. So disappointed then, but all is good now. Thank you, Samantha! https://t.co/4Av29VmDNl pic.twitter.com/XRJA21jjCA

It’s not the first time Samantha has cosplayed in orbit. During her first stay she took a picture inside the Cupola, the ISS observation window, wearing a Starfleet captain’s uniform as she watched the arrival of a Cargo Dragon capsule. The subtitle said “There’s coffee in that nebula… ehm, I mean… in that #Dragon”, a reference to the phrase “There’s coffee in that nebula!”, spoken by Captain Kathryn Janeway in an episode of Star Trek: Voyager.

Cristoforetti returned to the orbital laboratory as a crew member of Expedition 67, which began in March 2022 and is scheduled to end in September. In addition to her, the mission also has Kjell Lindgren, Bob Hines and Jessica Watkins, all NASA astronauts, accompanied by cosmonauts Oleg Artemyev, Denis Matveev and Sergey Korsakov, from the Russian space agency Roscosmos.

Previous Iguazu Falls is elected the seventh main attraction on the planet
Next Fluminense has ten players at the end of their contract; see the situations