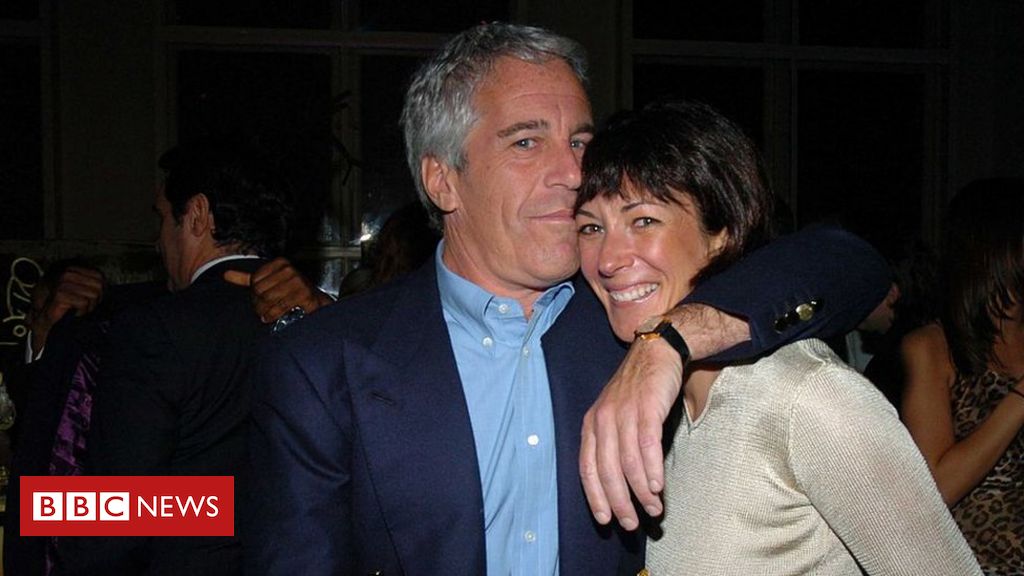 Ghislaine Maxwell sentenced to 20 years in prison for sex trafficking

Ghislaine Maxwell, a former British socialite, was sentenced to 20 years in prison in the US for helping former financier Jeffrey Epstein to abuse girls.

Maxwell, 60, was convicted in December of recruiting and trafficking four teenagers so that Epstein, who was her boyfriend, could sexually abuse the girls.

One of her accusers said outside the courthouse in New York that she should stay in prison for the rest of her life.

Epstein killed himself in a Manhattan cell in 2019. He was awaiting his own trial for sex trafficking.

Ghislaine Maxwell’s crimes took place over a decade, between 1994 and 2004.

In pronouncing the sentence, Judge Alison J. Nathan said that Maxwell’s conduct was “heinous and predatory”.

“Maxwell worked with Epstein to select young victims who were vulnerable and played a key role in facilitating sexual abuse,” he added.

She said the case required a “very significant sentence” and that she wanted to send an “unambiguous message” that such crimes would be punished.

Maxwell, whose lawyers had asked for a sentence of less than five years, looked ahead and showed no emotion as the sentence was handed down in front of a packed public gallery.

Earlier, she apologized to her victims. She said she sympathized with them and meeting Epstein was “the biggest regret” of her life.

“My association with Epstein will permanently stain me,” she said, adding that she hoped her prison sentence would allow victims “peace and purpose.”

Maxwell has been in custody since her arrest in July 2020, and is held in Brooklyn’s ‘Metropolitan Detention Center’ prison, where she complained of the stench of raw sewage in her cell.

The case against the former British socialite has been one of the most important since the rise of the #MeToo movement, which encouraged women to speak out about sexual abuse.

The judge allowed four women to speak at Tuesday’s hearing, as well as allowing a statement from victim Virginia Giuffre to be read by her attorney in her absence.

Annie Farmer, the only prosecution victim to testify in her full name during the trial, was the first to speak.

Maxwell chose not to look at Farmer throughout his statement – keeping a straight gaze straight ahead and occasionally drinking water.

Farmer had to pause in the middle of his speech to contain his emotions, but continued to read his court statement in full.

Sarah Ransome, who did not testify at the trial but made an impactful statement, spoke outside the courtroom alongside fellow accuser Elizabeth Stein.

“Ghislaine must die in prison because I’ve been to hell and back for the last seventeen years,” Ransome said.

“I was 10 when Liz Stein was being trafficked. I was 10. That’s how long this sex trafficking ring has been around. It shouldn’t have been this hard.”

During the trial, Farmer and three other women, identified in court only by their first names or aliases to protect their privacy, testified that they were abused as minors in Epstein’s homes in Florida, New York, New Mexico and the Virgin Islands, an archipelago located in Caribbean.

They recounted how Maxwell convinced them to massage Epstein who turned sexual, luring them with gifts and promises about how Epstein could use his money and connections to help them.

Maxwell’s lawyers tried to portray their client as a positive influence on other women in prison, offering to teach them how to practice yoga and help them learn English.

The crimes of Epstein, who mingled with some of the most famous people in the world, were first reported in the press in 2005, and he served time in Florida in 2008-09 on a state charge of procuring a minor for prostitution.

After several prosecutions, he was arrested again in 2019 in a federal case in New York.

At least eight women wrote letters to the judge describing how they had suffered.

Victims speak of their pain

In his written statement about his impact as a victim, Farmer said, “For a long time, I wanted to erase from my mind the crimes that Ghislaine Maxwell and Jeffrey Epstein committed against me and pretend they didn’t happen.”

“Aside from my initial description to my boyfriend and family of what happened when I was with them in New Mexico, I haven’t talked about it for years. It was the kind of dark memory that feels safer to keep locked away, so I made the best of it. I could, but the world didn’t cooperate with that strategy.”

“Something brought this experience to my mind and my body responded with an upset stomach and physical tremors. I felt irritable, had trouble concentrating and felt disoriented… One of the most painful and ongoing impacts of Maxwell and Epstein’s abuse it was the loss of confidence in myself, my perceptions and my instincts.”

Virginia Giuffre wrote: “Ghislaine, 22 years ago, in the summer of 2000, you saw me at the Mar-a-Lago Hotel in Florida and made a choice. You chose to follow me and look for me for Jeffrey Epstein.”

“Just hours later, you and he abused me together for the first time. Together, you harmed me physically, mentally, sexually and emotionally. Together you did unthinkable things that still have a corrosive impact on me to this day…”

“I want to be clear about one thing: Without a doubt, Jeffrey Epstein was a terrible pedophile. But I would never have met Jeffrey Epstein if it weren’t for you. For me and so many others, you opened the door to hell. And so, Ghislaine , like a wolf in sheep’s clothing, you used your femininity to betray us and led us to all this.”

“When you did that, Ghislaine, you changed the course of our lives forever. You joked that you were like a new mother to us.”

A woman referred to in court as “Kate” wrote in her statement: “The consequences of what Ghislaine Maxwell did were far reaching for me.

“I struggled and eventually triumphed with substance use disorder. I suffered from panic attacks and night terrors, which I still suffer from. I suffered from low self-esteem, lost career opportunities. I struggled a lot because I felt unable to trust my own instincts at choosing romantic relationships.”

“I had a hard time identifying dangerous people or situations… What happened to me at that age drastically changed the course of my life forever.”

Another accuser, Juliette Bryant, wrote that she has never felt well since the day Maxwell and Epstein “laid hands” on her.

“Thinking about them still gives me frequent panic attacks and night terrors,” she said. “All victims, myself included, are eternally grateful to everyone who helped expose these criminals.”

Previous Claro plans will have reduced price after new ICMS regulation
Next Ronaldo’s departure from Cruzeiro’s game has confusion between security guards and fans; video | cruise