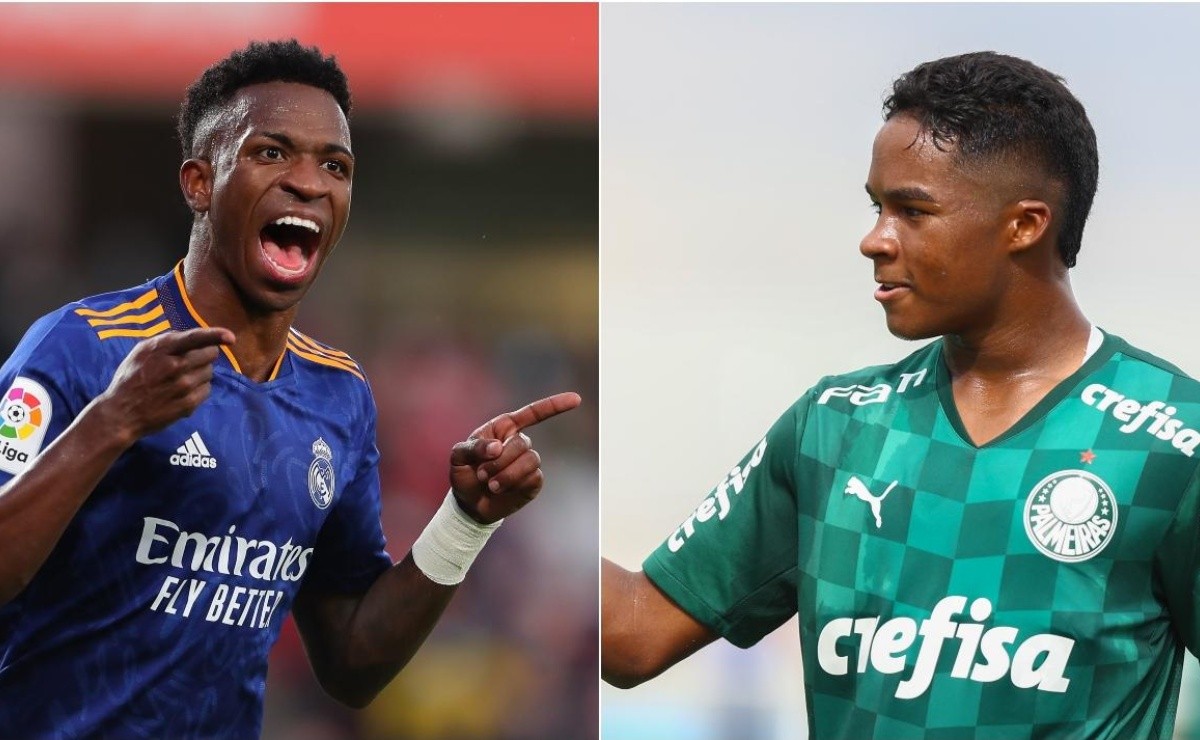 Palmeiras’ base won another title. This time, Verdão won the Copa do Brasil Sub-17 and again Endrick’s name was highlighted. The jewel of the base alviverde continues to draw attention, not only in Brazilian football, but from the press and from European giants. At just 15 years old, the athlete is already considered one of the biggest promises in Brazilian football and there is an expectation that he will become the second most expensive transfer in Brazil.

And who once again surrendered to the talent of the calf of Palmeiras was the newspaper “Marca”, from Spain, which highlighted Endrick’s skill and the athlete’s ‘precocious explosion’. “His way of playing, his determination and his decision-making skills are as scary as his age. These 15 years of the Palmeiras striker are a contradiction for European football.”, wrote journalist José Félix Diaz.

The vehicle also compared Endrick to Vinicius Junior, another athlete who stood out in the Brazilian youth categories. Vini Jr migrated early to Europe and the same expectation hangs over Endrick, who has already entered the sights of European giants, such as Real Madrid, a team in which Vinicius Junior is one of the highlights. “Not even Vinicius Jr showed so much at such a young age. In years when bringing in young talent is in vogue, Endrick’s early outburst leaves Europe’s top clubs barely able to respond.”

Endrick attracts interest from clubs like Real Madrid, Barcelona, ​​PSG and Chelsea, but legal issues prevent the Palmeiras jewel from doing as Vini Júnior and being transferred to another country before reaching the age of majority. However, according to the Marca article, FIFA would be studying a way to change the rule and make international transfers of underage athletes more flexible.

However, for Endrick to leave Brazil, he will need more than a change in FIFA rules. Palmeiras sought to do something different from Flamengo, who negotiated Vini Junior with Real Madrid when the athlete was just 17 years old, with a transfer made for 45 million euros, currently considered the third largest in national football. Verdão does not think about losing Endrick and, therefore, as soon as he turns 16, which happens next month, they will sign a professional contract with the player, shielding the athlete with a release penalty of 60 million euros. In the event of a transfer, the player’s departure could be the second largest in Brazilian football.

In the end, the comparisons between Vinicius Junior, who left Flamengo, and Endrick, created by Palmeiras, go beyond the international interest that the two aroused early on. The skill of the players and the numbers presented by the athletes still being in the base category draw attention. That’s why we made a comparison of Vini Junior’s performance when he was still playing for Flamengo and the numbers presented by Endrick at the base of Palestra.

Endrick arrived at Palmeiras’ base in 2017, and so far won seven titles, the first being in the year of his debut with the club for Paulista Sub-11, Sub-13 in 2018, Sub-15 in 2019 and 2021, Sub-20 in 2021, Copa São Paulo de Futebol Júnior and Copa do Brasil Sub-17 in 2022. Since its arrival in 2017, there have been 110 games with Verdão and 81 goals scored. But Endrick’s success is not limited to the base of the São Paulo club, this year for the U-17 team the player won the Monteigu Tournament, in France, being the top scorer with five goals scored and awarded the best player in the competition. In 2022, for Palmeiras and the Brazilian National Team there are 19 matches, 21 goals scored and three titles won. Given the numbers, it’s easy to understand why the player arouses so much interest.

Vinicius Júnior arrived at Flamengo’s base in 2020 and has lived a process of evolution since arriving in Gávea. According to information from Portal Mundo Rubro Negro, Vini Jr scored one goal in Carioca Sub-15 in 2014, 15 in Sub-15 in 2015, 12 in Sub-17 in 2016. In 2017, at the age of 16, he scored four goals and provided five assists in seven games for the Copa São Paulo de Futebol Júnior, five in Carioca and two in the Copa do Brasil, all for the base. Vini Jr moved up to the Mengão professional in 2017. In all, he played in 69 games for the red-black professional and scored 14 goals, in addition to winning the Guanabara Cup in 2018. For the Brazilian Under-17 Team, he played 8 games and scored 7 goals for the Sud-Americano Sub-17, according to Google statistics. Currently, Vinicius Junior is one of the most valued Brazilians in Europe and, this year, for Real Madrid, he was awarded by UEFA as the best young player in the 2021/22 Champions League.

Previous Barbie movie: see everything that is known about the production
Next Joke With Jedi Religion Made Google Engineer ‘Notice’ AI Awareness – 06/27/2022