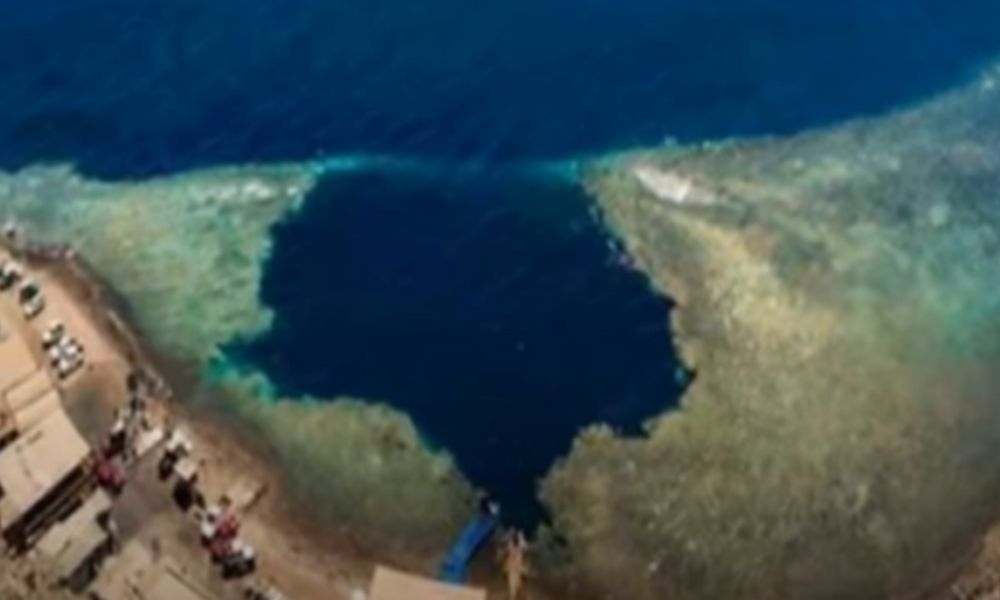 Blue Hole is a natural formation in the Red Sea and is 120 meters deep; Divers report seeing a bright light that pulls them under

If from a distance the Blue Hole draws attention for being a natural pool, up close it is a real trap. It is no accident that it is considered cursed. The site, which is on the Red Sea north of Dahab in the Egypt, is known as the “divers’ graveyard” and has left at least 100 people dead. However, experts believe that the amount could be higher and that there are still bodies trapped inside the tunnels. Formed by a natural pool, the 120-meter-deep Blue Hole and a 26-meter cavernous tunnel, according to the English newspaper Daily Star. It has an unusual geological formation and causes nitrogen narcosis in divers, a phenomenon that causes confusion and disorientation in victims due to breathing in certain high-pressure gases.

The Blue Hole is also called the “rapture from the depths” as it has a bright light that confuses divers by looking like the surface of the ocean, when, in fact, it causes them to swim in the opposite direction. In 1997, two young Irish men were found with bodies entwined. Although it appears that the two were in an eternal embrace, it is speculated that in a moment of panic one grabbed the other and dragged their partner to their death. According to the British newspaper, the locals believe there is a curse on the place as a result of a girl who drowned in the Blue Hole to avoid being subjected to an arranged marriage. In an interview with the German newspaper Der Spiegel, the diver responsible for removing several submerged bodies, says that “it is not difficult to dive into the Blue Hole”, however, “many underestimate the hole”, which makes it “quickly turn into a trap”. .