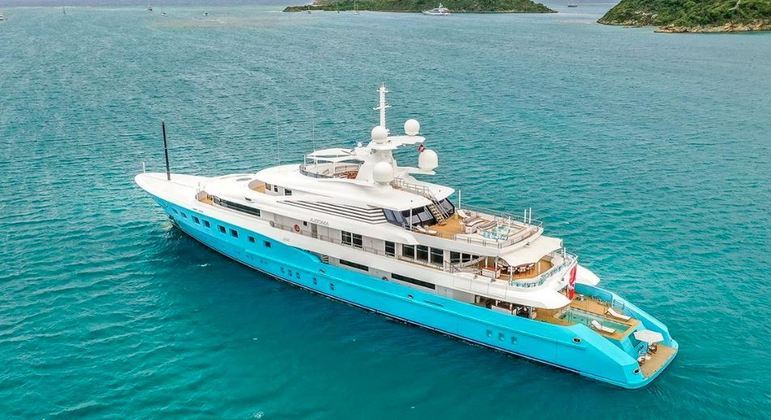 The yacht owned by Russian tycoon Dimitri Pumpianski, owner of pipeline giant TMK and subject to sanctions after the Russian invasion of Ukrainewill be auctioned, according to a ruling by a court in the British Overseas Territory of Gibraltar in March.

Named Axiom, the vessel, flying the Maltese flag, was seized by the small territory located in the extreme south of Spain, after a complaint filed by the American bank JP Morgan.

In December, the bank granted a loan of US$21.7 million (approximately R$113 million) to a company registered in the British Virgin Islands, whose shareholder was a Cypriot company, owned by Pumpianski.

The bank found that there was a breach of, among other things, the loan agreement after the oligarch’s inclusion in the list of Russian personalities subject to British sanctions. The sanctions led to the freezing of the assets of the affected entrepreneurs, jeopardizing the repayment of the loan.

So JP Morgan turned to the authorities in Gibraltar to seize the yacht, previously registered as one of the guarantees for the loan.

The Supreme Court of Gibraltar will receive the money from the sale and will set “priority in the demands of creditors” of the oligarch, according to a court document to which AFP had access on Monday (27).

Several countries, such as Spain, Italy and France, have confiscated yachts from Russian oligarchs as part of these sanctions that freeze all their assets in the European Union.