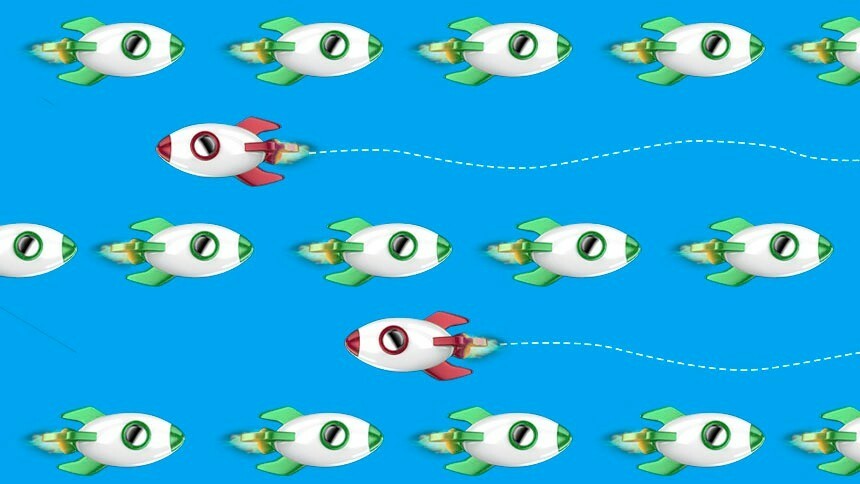 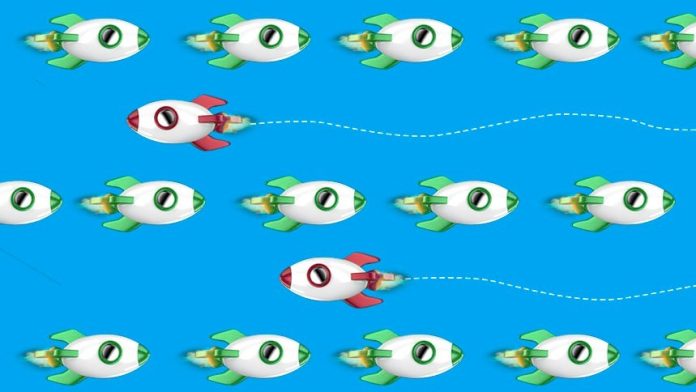 Anyone who visits the offices of the online supermarket Shopper, in São Paulo, will be surprised by the same table pattern. But what draws the most attention is that almost all of them have a tag hanging in a corner – even the gigantic council table, able to comfortably seat more than 20 people.

Anyone who thinks that the information on the label will show the supplier or the noble material from which that item of furniture is made is wrong. It brings two pieces of information: the Shopper price and the Store price. In general, the Shopper price is up to 50% lower. This difference is due to the fact that the benches are made by carpenters hired by the startup itself.

This attitude may seem like an insignificant detail, but it is part of the culture of Shopper, which has spent almost six years of its life with little capital and has incorporated austerity into its routine. Just last year, the money came in abundantly. In two fundraising, the startup raised R$290 million – one in March and another in September – from investors such as GIC, a sovereign wealth fund in Singapore, Minerva Foods and Quartz, owned by Renner José Galló.

“We were forged with little capital. Now that we have cash on hand, nothing has changed”, says Fábio Rodas, one of the founders of Shopper together with Bruna Vaz. The result is that Shopper is one of the startups that is swimming against the current, at a time when the tide is going out and many companies capitalized by venture capital funds are announcing mass layoffs, such as QuintoAndar, Loft, Facily, Kavak, Ebanx, VTEX, Bitcoin Market, Olist, and so many others.

With 1,650 employees, Shopper will continue to hire an average of 100 new employees per month until the end of 2022. The number of cities served by its shopping app started the year in 80 cities. Now, there are 105. And by the end of 2022 there will be 120. All of them located in the State of São Paulo. But next year, the expectation is to expand to other states. “We look at Rio de Janeiro with good eyes and there are other cities in the South”, says Rodas. “The dilemma is where and when is the best time.”

Shopper isn’t the only startup right now that seems to be going against the flow. Omie, which develops management software in the cloud; CRM&Bonus, owner of a loyalty and giftback platform; Cobli, a logtech that serves more than 5,000 companies; and Insider, a Turkish martech that has Brazil as one of its main markets, have their hiring machines in full swing.

What explains this movement against big names in the startup market, many of them unicorns or publicly traded on the stock exchange? In the first place, the examples mentioned above managed to raise large sums of resources last year, before the hangover that hit, first, public markets and, soon after, private markets, knocking down valuations of tech assets around the globe.

Omie, for example, raised R$580 million in September last year. And, a month later, it supplied the cashier with an extension of the round with Chinese Tencent, the value of which was not disclosed. CRM&Bonus raised BRL 280 million in October. Cobli, R$ 175 million in July. And Insider, $121 million, when he became a unicorn in early 2022.

It would not, however, be correct to attribute only to the fact that they have a full cash flow the reason for continuing to hire and maintain their expansion plans. “It’s a composite of timing of funding and between gross margin and the path to profitability”, says Marcelo Lombardo, CEO and founder of Omie. “If the startup has high gross margin and can maneuver towards profitability, it doesn’t need to slow down.” And he adds: “There are startups that have cash, but the break-even point is far away.”

This is not the case with Omie, which claims to have a gross margin of 75% and believes its growth rate can bring it to financial equilibrium by mid-2023. “And we will still have cash slack”, says Lombardo. Currently, Omie has 100,000 customers and has been adding between 5,000 and 6,000 new ones per month. To meet this demand, the startup must increase from 1,700 employees to 2,100 by the end of this year – the data also includes those recruited by franchisees.

In addition to full cash, these startups also sought to grow while maintaining unit economics healthy. In other words, despite being loss-making, the products and services they sell make a profit, when you take into account the investment being made to grow at an accelerated rate, which includes M&As, research and development, marketing and geographic expansion.

Insider, which is of foreign origin and owns marketing automation and personalization software, has a profitable operation in Brazil, which has become one of its main markets. Here, the plan is to invest R$ 500 million over the next five years. In 2022 alone, the number of employees will double, from 40 to 80. “We have always been very down to earth, because we are not a Silicon Valley startup, which makes it more difficult to capture”, says Moritz Wolff, partner from Insider.

But few companies illustrate this obsession with unit economics healthy companies like CRM&Bonus. Before the investment, which included a group of investors that includes Softbank, Volpe Capital, Riverwood Capital and Igah Ventures, the company distributed dividends.

With the money from venture capital funds, founder and CEO Alexandre Zolko has committed not to distribute profits for 24 months. But he stuck to his philosophy of not losing money. “I’m going to grow as much as I can, but I want to make a profit of at least R$1,” says Zolko. “We are growing the company every six months without burning cash.”

The company, which developed a white label platform for retailers to create loyalty and giftback programs, already operates in Brazil, Mexico, Portugal and is taking its first steps in the United States. It has more than 1,500 customers, which include large companies, such as Vivara and Ambev, as well as small restaurants.

Zolko’s plan now is to invest heavily in marketing. At the same time, he is negotiating two acquisitions that should help the company to double in size – today it has 100 employees. The ARR (Annual Recurring Revenue) should also be multiplied by two by the end of the year and reach the figure of R$ 100 million. The challenge, in Zolko’s words, is to achieve the perfect degree of growth to maximize profit. In short, it’s not worth growing at any cost.

At Shopper, this was a dilemma at the beginning of the pandemic, when economies closed and demand for the online supermarket service exploded from March 2020. In one week, the number of employees went from 150 to 300. records”, says Rodas. “But of course, from an operational point of view, it was a mess.”

Rodas’ attitude to deal with this situation, however, surprised. He decided to take a break from cleaning and open a queue to accept new customers in an organized way. Even so, the growth rate was between 150% and 200%. And the pace was maintained in 2021. And it should be repeated this year. Today, the application has 600 thousand registered users. “We could grow a lot in the short term, but we were going to lose customers in the long term”, says Rodas.

It’s the same strategy as Cobli, logtech for commercial vehicle fleets. “The client stays with us for a long time”, says Rodrigo Mourad, president of Cobli. And as time goes on, it uses the startup’s services more and more. For this reason, one of the logics of the last capture was to develop more products, such as cameras and sensors to provide information about the way drivers drive. The research and development budget was even reinforced and totals R$ 30 million

The number of employees at Cobli also continues to grow. Currently, there are 350 employees. And, at the moment, there are 35 vacancies, 10% of the total. “In the next 12 months, we are going to hire hundreds of employees”, says Mourad. “We will recruit in all areas, such as technology, marketing, finance, processes, customer success and supply chain.”

The new venture capital scenario, in which investors are more cautious when investing and valuation are falling, it also creates opportunities for all companies that are swimming against the current. “Those who are laying off are the startups that were caught on the back foot of the fundraising”, says one investor. “They were tight on cash and were counting on a new round.”

Now, a new round could mean a valuation smaller and a large dilution of the founders’ share. The solution is to preserve cash and cut costs, which often also means laying off workers to increase runway – the time an entrepreneur can maintain the operation without needing more resources. “But, unfortunately, many startups will fall by the wayside,” says this investor. “And that opens up an opportunity for M&As.” All companies with whom the NeoFeed talked about are attentive to these mergers and acquisitions opportunities.

Swimming against the current requires more effort and the time to reach the destination is longer. But there is an old saying, repeated whenever there is a crisis, that while some cry, others sell handkerchiefs. As repetitive as it may seem, it is still current.

Previous Botafogo announces Kayque renewal until 2025: ‘Not in the best dreams I could imagine what I’m living’
Next Margot Robbie and Ryan Gosling appear with Brazilian flag in new set photos Rolling Stone