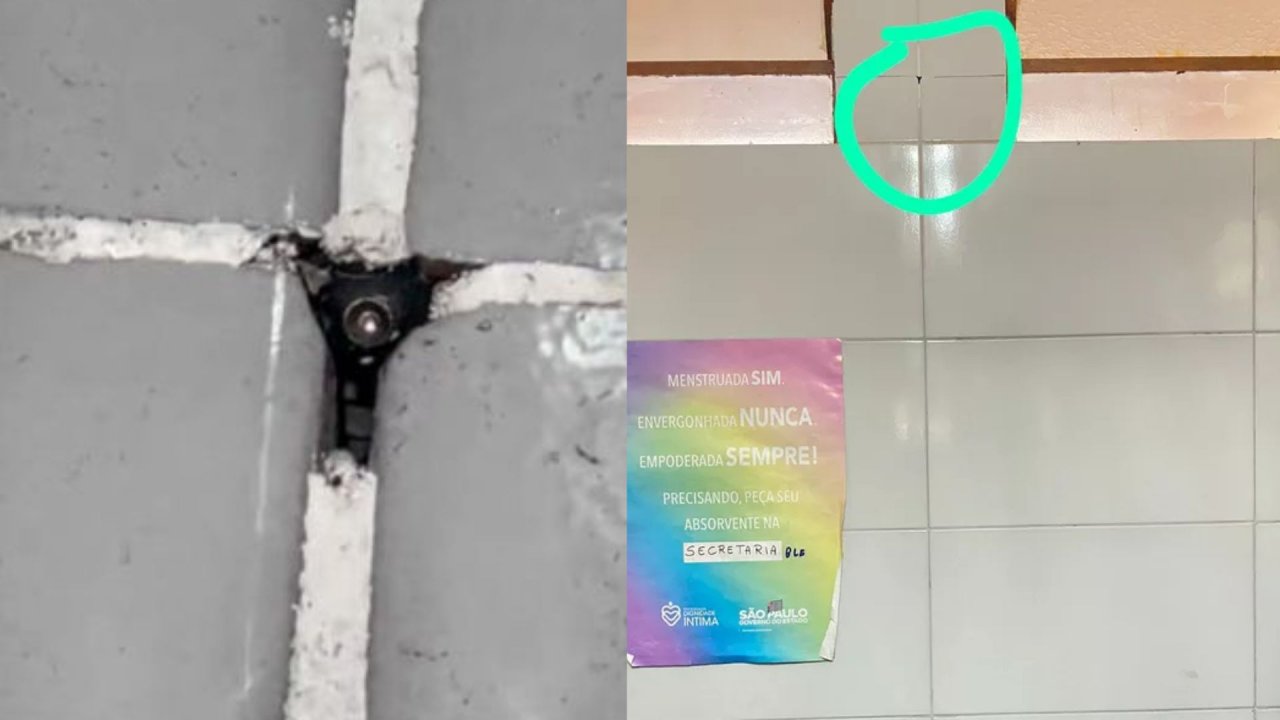 Student discovers hidden camera in the bathroom of a state school in SP, and principal is removed; watch

The State Department of Education decided to remove the director of the Oswaldo Cruz State School, in Mooca, East Zone of São Paulo, after students found cameras installed in the institution’s men’s and women’s bathrooms. The equipment was hidden between the wall tiles. The information was confirmed by the agency this Monday (27) to the Globo newspaper.

The case began after a third-year high school student was caught smoking marijuana at the scene. He was called to the principal’s office, who proved what had happened by showing pictures. According to the young man in an interview with TV Record, she stated during the conversation that the record was made by another student. However, the teenager realized that the image was from a security camera.

The student then went to the men’s bathroom to check and located the equipment in the grout of the tiles. His girlfriend, who also studies at the school, checked the girls’ bathroom and confirmed that they also had cameras in place. The discovery was made last Friday (24). The student’s father, driver Elias Almeida do Amaral, said that the police were called and a report was registered at the 18th DP. Check out the video below:

the camera in the school bathroom, I’m genuinely scared that they spent a lot on a camera like this but they don’t have the money to fix the window pic.twitter.com/yuWB3gAjaz

In the document, Nilsen Cristina Mendes, the school’s deputy principal, said she knew about the security cameras in the bathrooms. She also said in a statement that she had access to the images and that they are consulted in an exceptional way, when there is an occurrence, such as fights between students or consumption of an unauthorized substance.

The young man caught with marijuana in the bathroom was suspended for seven days on Thursday (23) and those responsible for him were also notified. According to the Secretariat of Public Security, the case will be investigated by the 18th Police District and the authorities have already requested the expertise of the bathroom.

To Globo, the secretariat assured that “installation of cameras inside bathrooms is not part of the Pasta guidelines”. The member of the National Institute for the Rights of Children and Adolescents, lawyer and specialist in Human Rights, Ariel de Castro Alves, spoke in an interview with G1 that both the director and all those responsible for installing the cameras can answer for crimes provided for in the Statute of Children and Adolescents (ECA).

“Submitting a child or adolescent under one’s authority, custody or surveillance to humiliation or embarrassment: Penalty – detention from six months to two years”stated Ariel when citing article 232. “In addition, parents and legal guardians can file lawsuits for moral damages, for violation of the rights provided for in the ECA, against the Secretary of Education and the school director”he concluded.

Previous Turco regrets Atlético-MG’s mistakes and cites circumstances to value a draw against Emelec | athletic-mg
Next Whale is run over after being chased by boat; crew ‘just laugh’ – Metro World News Brasil