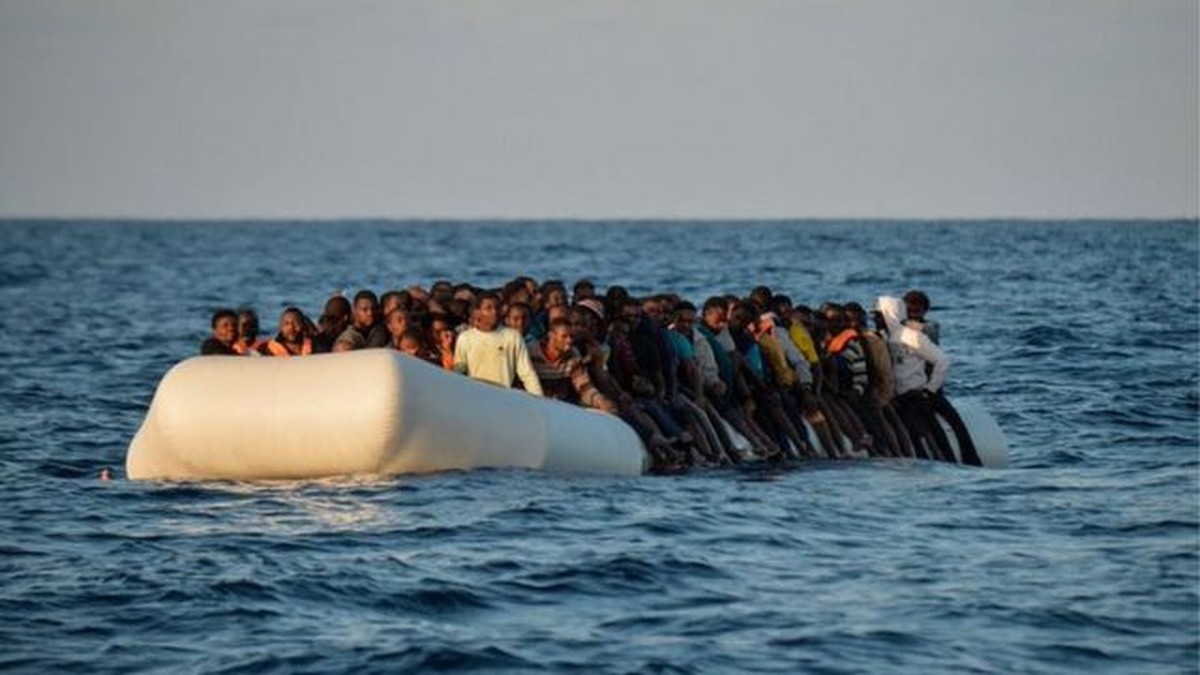 On Friday, at least 23 people were killed when a huge crowd tried to cross a border fence from Morocco into the Spanish enclave of Melilla, in North Africa. Three days later, in the United States, police in the city of San Antonio found the bodies of at least 46 people inside an abandoned truck.

The number of crossings on the world’s major migration routes appears to be increasing after the effects caused by the Covid-19 pandemic, which has led several countries to introduce strict entry restrictions.

This will possibly result in an increasing number of deaths, experts warn. The International Organization for Migration (IOM), a UN agency, estimates that since 2014 nearly 50,000 migrants have died or disappeared trying to reach destinations such as the US or the European Union. The agency believes the real number of dead and missing could be even higher.

But what are the most dangerous routes in the world for migrants? And for what reasons?

Central Mediterranean migratory route is known as one of the most dangerous in the world — Photo: GETTY IMAGES/via BBC

According to the IOM, this is the deadliest route in the world for migrants. More than 19,500 people are estimated to have died trying to cross the Mediterranean Sea from North Africa to Europe since 2014.

Attempts to cross often take place in overcrowded and improvised vessels, such as rubber dinghies, which make the journey dangerous and potentially deadly.

The vessels are often piloted by criminal gangs and human traffickers.

In Tunisia, which alongside Libya is the main departure point for migrants trying to reach Europe via the central Mediterranean route, there is even a cemetery reserved for those who drown at sea.

“Seeing these graves here makes me very sad,” Vicky, a Nigerian immigrant who hopes to make the trip from Tunisia, told AFP news agency as she visited the cemetery.

“When I see this [as sepulturas]I’m not sure I want to do the sea crossing anymore,” he added.

Agencies such as the IOM fear that other migrants will not be deterred.

“Migrant departures in the central Mediterranean continue. The biggest concern is the continuously high number of deaths on this most dangerous sea crossing in the world. It continues to claim lives in the absence of concrete action by states,” said Safa Msehli, spokesperson for the IOM. .

Frontex, the European Border and Coast Guard Agency, reports that nearly 300,000 people have been rescued trying to use this route since 2015.

Harsh environmental conditions are a major threat: the IOM estimates that crossing the Sahara was responsible for the deaths of nearly 5,400 people between 2014 and 2022.

“In the desert, you see people dying. Some die because they run out of energy. Others, from thirst,” Abdullah Ibrahim, a migrant, told AFP news agency about his experience of crossing.

Another major threat to migrants is the many human trafficking gangs operating in the region.

“Violence at the hands of smugglers, traffickers and border officials in the region also accounts for a significant proportion of deaths on migration routes recorded in the Sahara desert,” the IOM noted in its most recent report on the subject.

While migration routes in the Americas are not just about getting to the US, this is the ultimate goal for most people looking for a new home in the region.

The US-Mexico border presents a major challenge: the region is famous for its inhospitable geography, including desert regions, and migrants often try to cross into the US on the dangerous Rio Grande River, which runs along part of the border. .

Drowning is a leading cause of death on this route, which the IOM estimates has claimed the lives of more than 3,000 people since 2014.

Those who try to avoid natural hazards by hiding in vehicles face diverse dangers, such as those that led to the deaths in San Antonio.

“Recently, there have been other incidents with great loss of life on migration routes to the US,” said Safa Msehli, an IOM spokeswoman.

In December 2021, 56 migrants died in Chiapas, Mexico, after the truck they were traveling in crashed.

“IOM remains concerned about the dangers of migrating from Latin America to the United States,” added Msehli.

IOM says more than 4 in 10 migrants worldwide in 2020 were born in Asia — Photo: GETTY IMAGES/via BBC

The IOM says that more than four out of ten migrants worldwide in 2020 were born in Asia, and the continent has several main migration routes.

According to the UN agency, nearly 5,000 have died or are missing in Asia in the last eight years.

Most of these deaths involve Rohingya and Bangladeshi migrants using sea lanes that cross the Bay of Bengal and the Andaman Sea to reach safety in neighboring countries, or even to try to reach Europe.

The difficulties they face during the crossings can be extreme.

“We were hungry. There was nothing to drink, there was no drinking water. There was no food, no rice, we couldn’t eat. It was like that at sea for a month,” Rohingya refugee Muhammad Ilyas, 37, told the news agency. AFP news after being rescued by the Indian navy after the boat he was traveling on collapsed.

As with other routes, these migrants are also often victims of exploitation by gangs of people smugglers.

Another problematic route is the border between Iran and Turkey, which has seen an unprecedented influx of Afghan migrants since the Taliban regained control of Afghanistan in August last year.

The UN refugee agency (UNHCR) says that more than 2 million afghans are registered as refugees in Iran and neighboring countries.

Previous 1 inch! Sony announces biggest camera sensor for phones to debut on Xiaomi 12s Ultra
Next 35 years ago, “007 – Marked for Death” was released