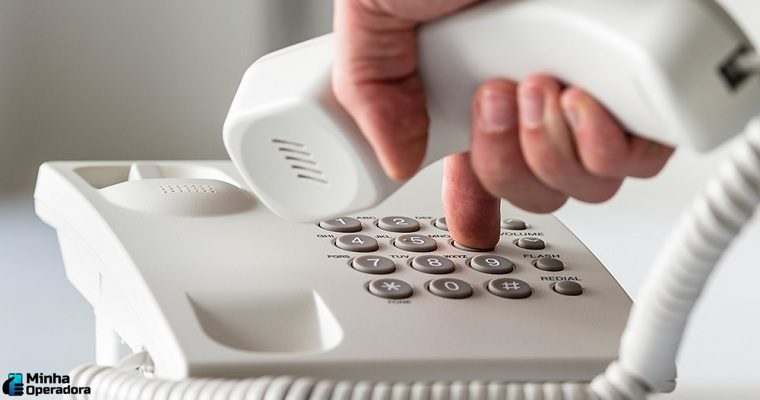 1,300 communication centers are deactivated by Oi

Because of demand and to cut spending on fixed telephony concessions, Oi closed 1,300 communication centers across the country, whose centers are responsible for making calls on the copper network and directing them. According to the company, demand is low and there are centers with few users, so it is not advantageous to maintain these structures.

However, the operator’s CSO, Rogério Takayanagi, the disconnection was calculated and he guarantees that the customers served by these centers will not be without the service, as the fixed telephone is replaced by a mobile device, billed as fixed, or by device making calls via fiber optics.

“We are free to migrate to wireless solutions anywhere. But we are prioritizing customers who stay in loss-making centers. In this quarter, we closed more than 1 thousand exchanges”, said the executive.

According to the Tele.Síntese portal, which questioned the company about the matter, they reported that the operator faces a reduction in access to the STFC (Switched Fixed Telephone Service) due to the entry of new voice and data technologies into the market. In addition, the shutdown of the centrals and the use of other technology helps to prevent crimes, such as theft. He adds that the exchange of technology is authorized by the concession contracts.

“The company has registered a high rate of robberies and thefts in its copper network, which makes it difficult to maintain the provision of the service. Due to this scenario, Oi has been working on the implementation of alternative technologies, as provided for in the concession agreement. This is the case of the WLL (Wireless Local Loop) technology, which has been used by the company to provide service to customers, especially in areas where high rates of robberies and thefts from the copper network are recorded”, he explains.

The National Telecommunications Agency (Anatel) was also contacted to talk about the case, and informed that authorization is not necessary for the company to exchange technology, as long as the service contracted by the customer is maintained.

Oi states that it is reviewing the distribution of Remote Access Units, which are hosted in these centers, causing damage to the fixed telephony service.

“The company is also promoting the consolidation of stations and IVRs (Remote Access Units), small ‘stations’ in urban furniture in cities, concentrating network assets in an optimal way. This has an impact on electricity consumption, equipment maintenance (including air conditioning), security, cleaning and others. These adjustments aim to rationalize costs in the provision of fixed telephony services to our customers”, completes the company.

Regarding the fixed telephony concession, this is still a concern that threatens the sustainability of Oi, which is getting rid of what is possible and encouraging customers to migrate to other technologies. With this, the company intends to mitigate the fact that it, as a concessionaire, must meet the universalization commitment, covering areas with negative revenue.

In addition, it is still trying to negotiate with Anatel a way to equate concession costs, reduce obligations and simplify contracts. With less complexity, says the company, the chances of requesting the adaptation of the grant to the private regime increase.