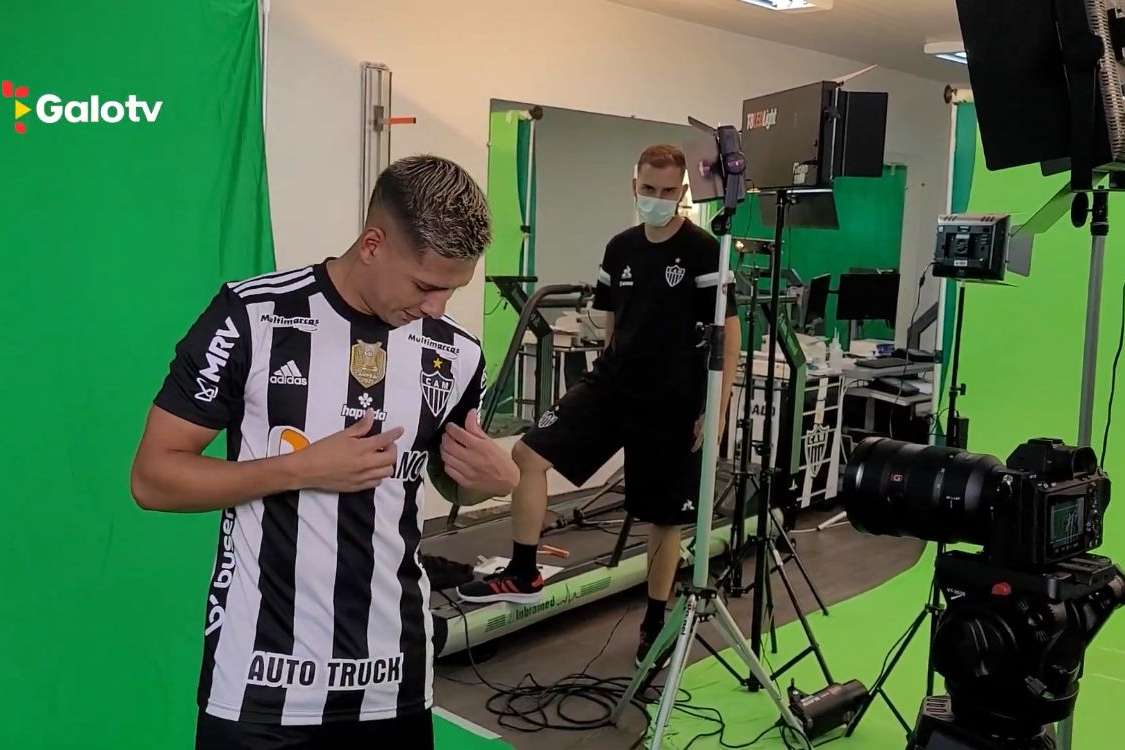 Adidas do Galo shirt has a new wave of ‘leaked’ images

An unprecedented wave of ‘leaked’ images of the new Adidas do Galo uniforms fell on social media this Wednesday (29). Apparently, frames were taken from videos from GaloTV, Atlético’s official YouTube channel.

The new images show several players from the club with the new shirts signed by the German brand. Defender Igor Rabello appears with the new uniform number 2 of the Galo, from Adidas, the same shirt used by Vargas.

Video with the new Adidas do Galo uniforms leaks on the web; check out

The striker Hulk appears smiling for the photo shoot wearing the Adidas number 1 uniform, with the traditional black and white stripes. Zaracho poses with the same shirt holding the Galo shield.

In the GaloTV video leaked on the web, a curious detail draws attention. Despite wearing the new Adidas shirt and shorts, in the photo shoot, Hulk appears dressed in Germany national team socks. The acronym DFB, of the German Football Federation, denounces the improvisation.

The official start date for sales of the new uniforms has not yet been released by Atlético. The expectation is that the new shirt will cost R$ 299.90.

I WILL FAIL. WHO ELSE? ///🤩 pic.twitter.com/EQVAGNco7x

After the publication of the new images, the athleticans reacted in the comments. “As sponsorship spoils the shirt, not even Rabello was cool”, said one fan. “First time shirt 2 comes out prettier than shirt 1”, shot another.

There were those who also criticized the Galo badge on the new Adidas shirt, which is noticeably smaller than the shirt made by Le Coq. “Shield is weird,” said one netizen. “Shield got too ugly,” added another.

Previous 101-year-old ex-Nazi guard convicted of aiding WWII assassinations
Next In an age of disorder, open trade is at risk – 6/28/2022 – Martin Wolf