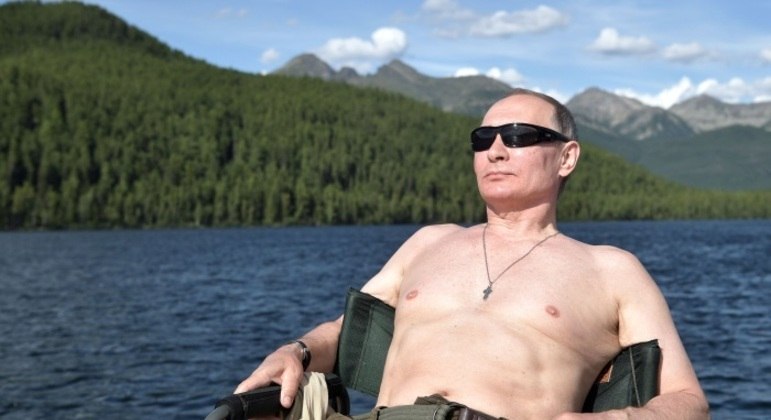 After becoming a laughingstock, Putin says G7 leaders would be ‘disgusting’ shirtless – News

After being made fun of by G7 leaders during the group’s summit in Germany, Russian President Vladimir Putin said they would look “disgusting” without a shirt. The mockery began after Putin appeared in nude-chested photos on an outdoor walk.

The British prime minister asked his colleagues, seated around a table, if they should keep their coats, at a meeting in Germany last Sunday (26). “We have to show them that we’re tougher than Putin,” Johnson added.

G7 leaders gathered in southern Germany for a three-day summit starting on Sunday aimed at showcasing their united response to Russia’s invasion of Ukraine four months ago.

In the past, Putin, 69, has sought to project an image of a healthy man with a strong interest in wildlife conservation during his 22 years as Russia’s president.

Critics dismiss these activities as public relations exercises, and Putin acknowledged that some of the maneuvers were carefully staged, but said they were worthwhile because they drew attention to conservation projects.

Putin has carefully cultivated a manly image that has become a sense of pride for many Russians. He was depicted riding a bare-chested horse and wearing sunglasses, as well as carrying a hunting rifle and piloting a jet.

The Russian president also plays ice hockey and is a black belt in judo, a sport he started taking lessons in as a boy. This year, however, he was removed from the post of honorary president of the International Judo Federation (IJF), the sport’s governing body, as punishment after the invasion of Ukraine.