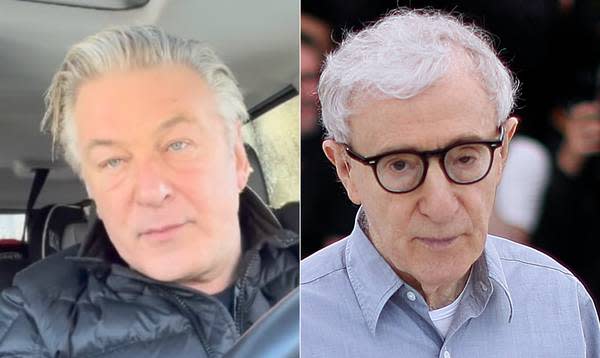 Portinari: Exhibition with unpublished or little-seen works reveals the artist’s ‘B side’

Rock in Rio Lisboa: Anitta says she will launch intimate ‘product’ after controversy with country people

“Let me start by stating that I have ZERO INTEREST in anyone else’s hypocritical judgments and postings here. Obviously I am someone who has my own set of beliefs and couldn’t care less about anyone else’s speculation. a trial must be conducted via an HBO documentary, it’s your business,” Baldwin wrote in the post announcing the interview.

He is referring to the documentary “Allen vs. Farrow”, released last year, which shed light again on accusations that hang over the 86-year-old director that he had abused Dylan Farrow, the adopted daughter of Mia Farrow, his then wife, and to whom Allen had also become an adoptive father. Dylan was seven years old at the time of the alleged abuse. At the time, two investigations that ran parallel pointed to the innocence of the filmmaker, but the case resurfaced with the #MeToo movement, which generated a wave of complaints about abuse in Hollywood from 2017.

Baldwin worked with Allen on “Alice” (1990), “To Rome with Love” (2012) and “Blue Jasmine” (2013), and has stood by the director’s side in the face of a resurgence of accusations, as have Diane Keaton, Scarlett Johansson, Larry David, Javier Bardem and Jude Law. Other artists who worked with the director, such as Kate Winslet, Rebecca Hall, Colin Firth and Timothée Chalamet, have already spoken out against the filmmaker.