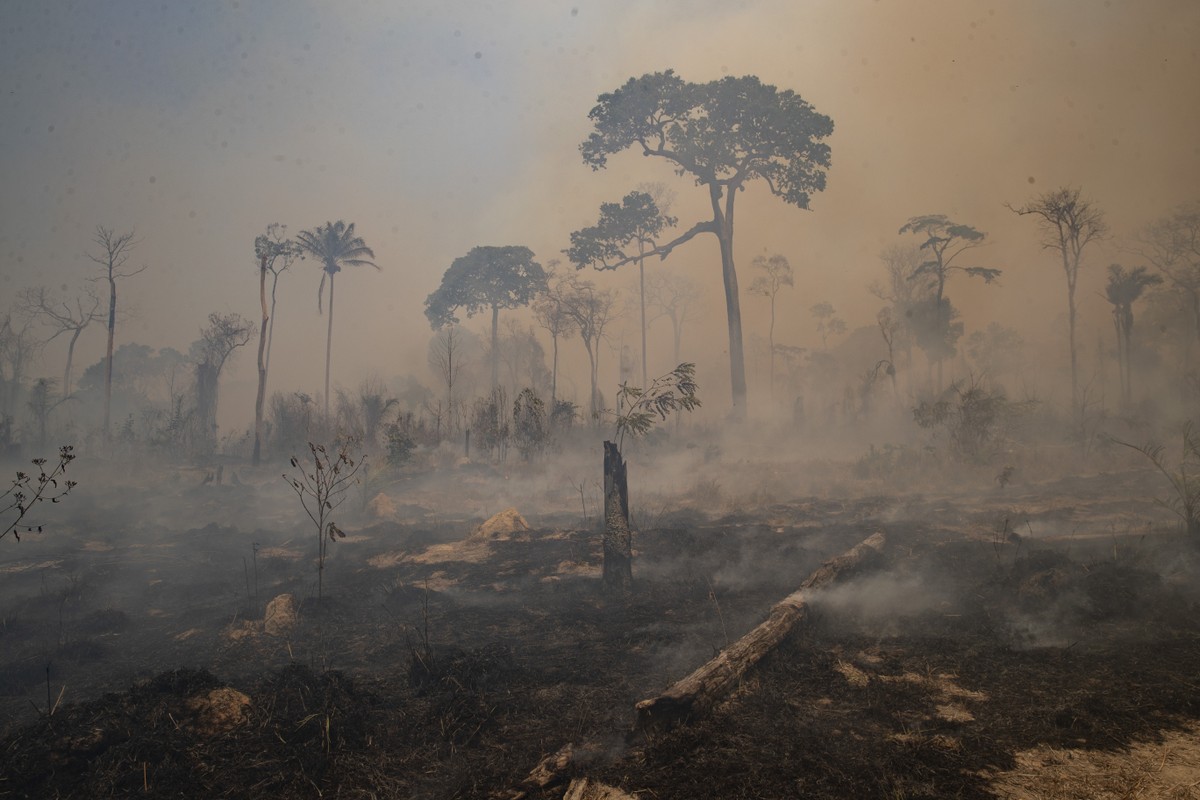 CGU report points out that the Ministry of the Environment jeopardized the continuity of the Amazon Fund, which has R$ 3.2 billion at a standstill | Environment

An audit report prepared by the Comptroller General of the Union (CGU) points out that the management of the Ministry of the Environment of the Bolsonaro government jeopardized the continuity of the Amazon Fund and, therefore, a series of environmental policies, by unilaterally extinguishing, “without planning and technical foundation” collegiate bodies that formed the basis of this funding initiative.

Created about 14 years ago to finance actions to reduce emissions from forest degradation and deforestation, the Amazon Fund is considered a pioneering initiative in the area, but it has been paralyzed since April 2019, when the federal government made a “revocation” of hundreds of federal councils and thus extinguished their Guiding Committee (COFA) and Technical Committee (CTFA).

According to the CGU, until the last month of December, the Fund had around R$ 3.2 billion stopped for allocation to new projects. The amount considers income generated over the last few years. In addition, the report also points out that the Fund has a credit of amounts to be collected that can reach the order of US$ 20 billion.

The document, obtained by g1 and which had initially been unpublished on the CGU website (after being questioned by the report, the agency claimed “internal technical procedures” and made the file link available again), shows that during the administration of ministers Ricardo Salles and in the first months of Joaquim Leite , between 2019 and 2021, the ministry failed to present the proposal to recreate the two councils, even after the end of the legal deadline established for this, on May 28, 2019, creating these ‘negative impacts’ for the policies of preservation of the Legal Amazon.

In 2020, the then Minister of the Environment, Ricardo Salles, stated that the federal government did not recreate the Guiding Council of the Fund because Norway and Germany, main donors, rejected changes in the resource management model.

Despite this, CGU technicians draw attention in the text to the fact that the first record of a meeting held with the embassies of European countries and the Ministry took place only after the end of the restructuring period established by the decree that extinguished COFA and CTFA.

Added to this, the CGU also points out that, until the deadline, there were no efforts on the part of the ministerial management to seek consensus with donors, or, at least, to present proposals for the modification of the Fund’s governance structure.

Germany and Norway, which together accounted for more than 99% of deposits to the Fund, suspended transfers in 2019.

“As long as the council and the technical committee for calculating the results of deforestation are closed, there is nowhere to send the payment,” said Norwegian Minister of Climate and Environment, Ola Elvestuen, at the time.

The fund has around R$3.2 billion at a standstill for allocation to new projects, according to the CGU. — Photo: Amazon Fund/Disclosure

For CGU, the Ministry of the Environment’s option for the extinction of the committees was adopted without technical justification or planning that incorporated adequate management of the risks associated with the decision.

“What caused the suspension of authorization of new projects within the scope of the Fund and jeopardized the results of public policies supported by it”, states the text.

In the report, the auditors also assess that not restructuring the councils contributed to the Ministry of the Environment presenting proposals through the fund “not consistent with the reality of the Amazon region”since there was a shift away from the participation of civil society and the states.

“The participation of civil society and states in the Committee made it possible to achieve more legitimacy and effectiveness in the results of the Amazon Fund, as these actors contributed with their accumulated experience in the Amazon region, helping to define priorities and legitimizing the selection of projects”, says the CGU document.

For Angela Kuczach, executive director of the National Network for Conservation Units, the report presents a summary of the federal government’s history of dismantling environmental policies in the Amazon and reveals a “concrete plan” to prevent projects financed by the fund from advancing and having good management.

“And the result of this, in practice, is what we are seeing today with the increase in deforestation at heights”, he evaluates.

In April of this year, as shown by the g1the Federal Supreme Court overturned three decrees on environmental policy by the Bolsonaro government, including the one that extinguished the Organizing Committee of the Amazon Fund.

Although the deliberation was celebrated by environmentalists, in practice, as Suely Araújo, senior public policy specialist at the Observatório do Clima, explains, “nothing has changed” since then, as the judgment needs to be completed by the decision of the Direct Action of Unconstitutionality by Omission (ADO) 54 which calls for the reactivation of the Amazon Fund.

“Meanwhile, the government’s nefarious project of imploding environmental policy remains successful, of which the stoppage of the Amazon Fund is one of the clearest symbols. Choosing not to use the necessary R$ 3.3 billion available is a decision criminal, in my opinion. Whoever made the decisions needs to be held accountable”, points out the expert.

“These actions by the STF are the breath, the breath and the hope that we will have compliance with the law and what has been agreed”, adds Kuczach.

As stated in the CGU report, the raising of new resources for the fund is still unfeasible because of the dissolution of the CTFA. Apart from that, the CGU technicians mention that another important consequence of the non-restructuring of the councils is the possibility of donor countries requesting the return of available resources that are paralyzed, the R$ 3.2 billion.

What does the Ministry of the Environment say?

At the end of May, the Ministry sent a letter to the CGU suggesting changes in the wording of the report. Some requests were accepted and incorporated into the final text of the audit, but the CGU assessed that the department “did not have sufficient and coherent motivation for its decision” to maintain the extinction of the committees and, therefore, there was no change in the understanding of the audit.

The CGU also recommended that the ministry build a proposal for restructuring the fund’s governance that is “substantiated”, that has more “legitimacy” and that not only brings technical studies but also encourages the participation of former sectors represented in COFA.

O g1 also approached the MMA questioning the position of the portfolio on the report and whether the recommendations of the CGU would be accepted. In a note, the ministry said that the recommended measures “do not differ from the administrative measures that have already been adopted” and that the federal government “suggested changes in governance mechanisms to bring more efficiency in the use of resources”.

See the note from the Ministry of the Environment, in full:

The Ministry of the Environment clarifies that the recommendations contained in the Report of the Comptroller General of the Union (CGU) do not differ from the administrative measures that have already been adopted internally by this folder.

Also, the Federal Government suggested changes in governance mechanisms to bring more efficiency in the use of resources. We continue in negotiations with international donors and the agencies involved.

Previous Bandeira de Mello points out which is the best option for Flamengo to have a stadium
Next After goal of relief, Marinho wants to start a new life at Flamengo: “Happy, but aware of responsibility” | Flamengo