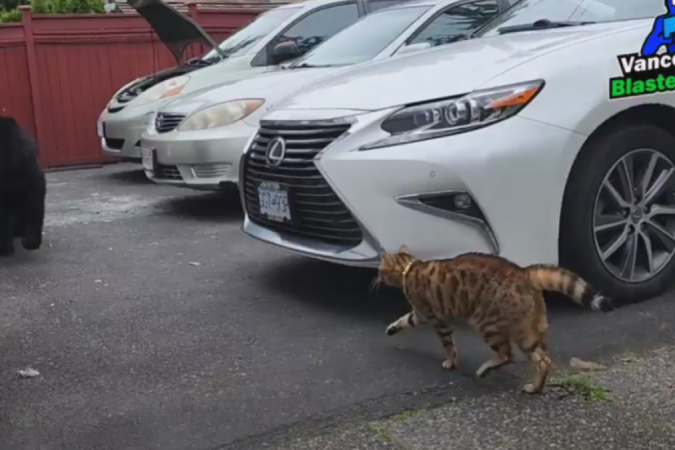 Domestic cat kicks out bear that tried to break into the house; watch


The cat, of the Bengal breed, is called Tigger and is two years old – (Credit: Reproduction / Social networks / @blasterbrawls)

Brothers Gavin and Cameron Sturrock recorded the moment their pet cat kicked out a bear that invaded the family’s garage in British Columbia, Canada. In the video, posted on TikTok by the tutors, it is possible to see that the feline arches its body and walks towards the bear, chasing it until it leaves.

The cat, of the Bengal breed, is called Tigger and is two years old. In an interview with CTV Newsthe Sturrock brothers said they tried to call the cat, but it kept staring at the bear and approaching it slowly.

The animal has been seen chasing away dogs on other occasions, but owners said they were impressed by the bear’s expulsion. “He protected me. Do you think I could do that to a bear? I mean, I’m bigger, I’m human, but I don’t think I could. It’s crazy.”, they pointed out.