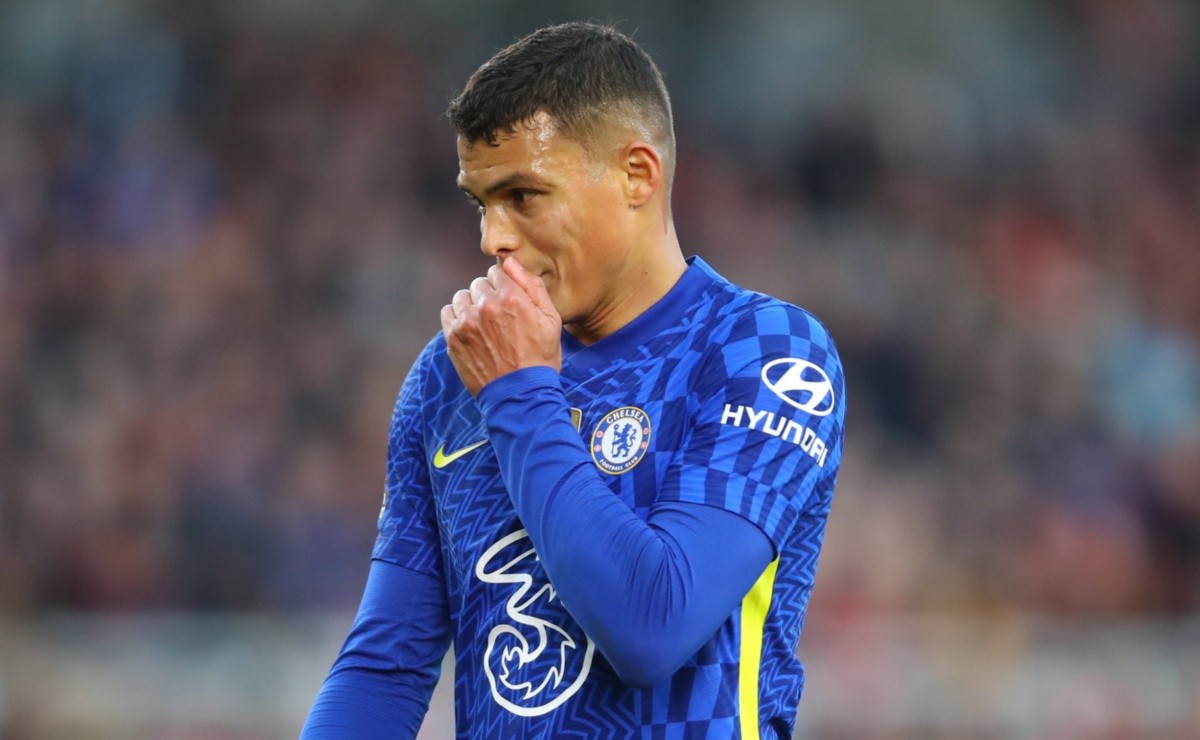 “If it were up to him… He is identified”; Speculated in BR, Thiago Silva arrives in Rio and has an exposed future

At 37 years old, the defender is very likely to be a figure stamped on the next World Cup album

Multi-champion in Europe, Thiago Silva has been at Chelsea since August 2020. In his first spell in English football, the 37-year-old defender won the Champions League, Club World Cup and European Super Cup. Revealed by Fluminense, he landed in Rio de Janeiro for the 1st Fui CLEAR Award.

In addition to having appeared in the basic categories of Tricolor das Laranjeiras, the 1.81m defender, who is also one of the pillars of the Brazilian National Team, T. Silva has his future often linked to the Rio team. The Bolavip Brasil report found out the player’s will. It should be noted that shirt number 6’s contract with the Blues is valid until June 2023.

A source heard by Bolavip brought back the scenes: “If it were up to him (Thiago Silva), he would go back (to Fluminense). He is identified with the Club. But he has a contract. English football is serious. Here (in Brazil) it is a mess”, responded by saying about desire of the sheriff for years to come.

Leaving Europe through the front doors was always a wish of the medallion, although he wants to play again for the Flu. Rated in 2.5 million euros (something around BRL 13.5 million at the current price)according to transfermarkt website projections, he was present at the 1st Fui CLEAR Award, held at Copacabana Palace.

In the 2021/22 season, Thiago Silva played 48 games, being responsible for scoring three goals and two assists. In January of this year, the former Fluminense renewed with the English. With stints in Milan, Paris Saint-Germain, Dynamo Moscow, Porto and Juventude, the ace is very likely to be a stampede on the next World Cup album.