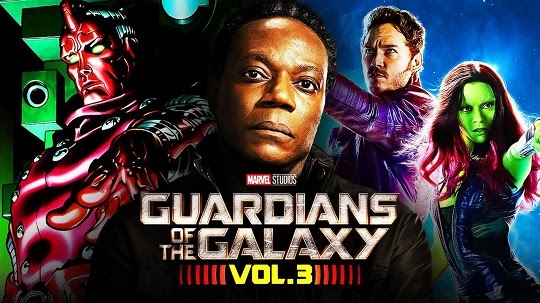 James Gunn and Chukwudi Iwuji talk about working together on Guardians of the Galaxy Vol. 3 ~ Marvel Universe 616

The Guardians of the Galaxy are about to enjoy an extended run in the MCU, starting with a cameo in Thor: Love and Thunder in July. After this intergalactic adventure and a few exclusive entries on Disney+, they’ll be back for their long-awaited third solo movie with Guardians of the Galaxy Vol. 3 hitting theaters in May 2023. After encounters with villains like Lee Pace’s Ronan the Accuser, Kurt Russell’s Ego the Living Planet, and Josh Brolin’s Thanos, the Guardians have another uphill battle ahead this time. . While the plot behind Guardians 3 will remain under wraps for the foreseeable future, there are rumors indicating that the next big bad could be the incredibly powerful High Evolutionary who would be played by Chukwudi Iwuji. 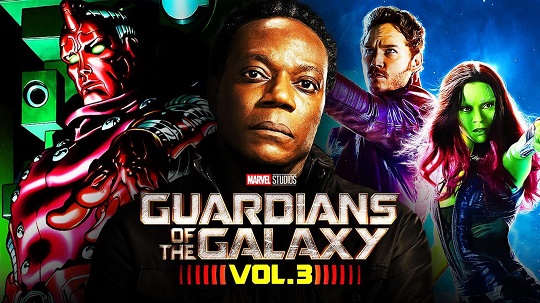 Chukwudi Iwuji, who first worked with director James Gunn during their time together on Peacemaker for Warner Bros., is someone who has earned the director’s trust to the point of handing him the role of “ultimate villain” in his trilogy. Speaking to Discussing Film, Gunn was full of praise for the actor’s performance: “Wait until you see Chuk being a killer in Guardians of the Galaxy Vol. 3 with a truly explosive performance.”

In this interview, Iwuji also discussed some of the experiences he had with director James Gunn on Peacemaker:

“I certainly assume he likes my work, so this is a start. There was a feeling I felt in Peacemaker like, ‘They’re going to see right through me. I’m going to get fired’, but in the end, I understood that James loves me. actors. I know it sounds like an obvious thing, but it’s not always the case. James genuinely loves actors. He micromanages every stage of his work and literally lives the characters he writes. James talks to them out loud as he writes them. But, despite all that, I was very aware in Peacemaker that he is so ready to be blown away and taken to different levels by you if you can make him genuine. It gave me so much freedom, in the sense of coming to the Guardians. The scope That was another level from Peacemaker, it’s the biggest movie I’ve ever made – simple as that.”

He went on to praise Gunn for the way he trusts his actors and his willingness to take risks to make his work successful on screen. With Gunn writing and directing the story, Iwuji sees the film in the best hands as Gunn works so hard to make sure everything goes right:

“It made me think, ‘Here’s someone who trusts you as an actor, loves it when you bring something more than he ever imagined, and is ready to take big risks.’ When you have these factors coming in, you know the world is its own oyster in so many ways. It’s as perfect a situation as you want it to be. And because he wrote it, James hopes you can evolve more than your imagination. a writer-director like that, you’re in very good hands. If you restrict our process, I’ll do a take, and if he thinks it’s right, he’ll say, ‘Fine, now do what you want.’ that isn’t there, he won’t let me stop until I find him. If he feels it’s there, but there might be something else, we’ll continue. So it’s as strict or gentle as it needs to be.”

Iwuji also noted how much he enjoys “being directed” and wants to give everything he has into his performance, which worked really well with the way he and Gunn enjoy collaborating together:

“But he knows I’m an actor who really likes to let him down, and I really love being directed. The number of times in Guardians where I would start a scene one way, the way I felt it was written, and by the end of the scene, it would have completely turned into his delivery because he saw something that I brought. I heard something he directed at me that I hadn’t thought of, and then we found a completely new scene. It’s collaboration at its best because it gives me everything I want. I need someone with very strong ideas who is ready to lead me. But at the same time, you eat your cake and you also have it because you’re someone who wants to explore as well. Not that I was just working for him, although technically I was. We were really collaborating. I felt so proud. There were days when I would come home to my wife, who was with me in Atlanta, and I was so happy. I would say, ‘We found something in the scene together.’ That’s the best feeling you could ever want.”

With direction and script by James Gunn, Guardians of the Galaxy vol.3 will have back the names of Chris Pratt as Peter Quill, Zoe Saldana as Gamora, Karen Gillan as Nebula, Dave Bautista as Drax, Pom Klementieff as Mantis, Sean Gunn as Kraglin and also Rocket’s stand in, Bradley Cooper as the voice of Rocket Racoon and Vin Diesel as Groot. Also returning is Sylvester Stallone as Star Eagle and Elizabeth Debicki as Ayesha. The new names joining are Will Poulter as Adam Warlock and Chukwudi Iwuji as one of the potential villains. Portuguese actress Daniela Melchior, Nico Santos and Maria Bakalova were also confirmed in the film in unannounced roles.

Previous Andreas says he would like to stay at the club and declares: “I love Flamengo, I’m Flamengo and it’s not a farewell” | Flamengo
Next British presenter swallows an AirPod thinking it’s a vitamin