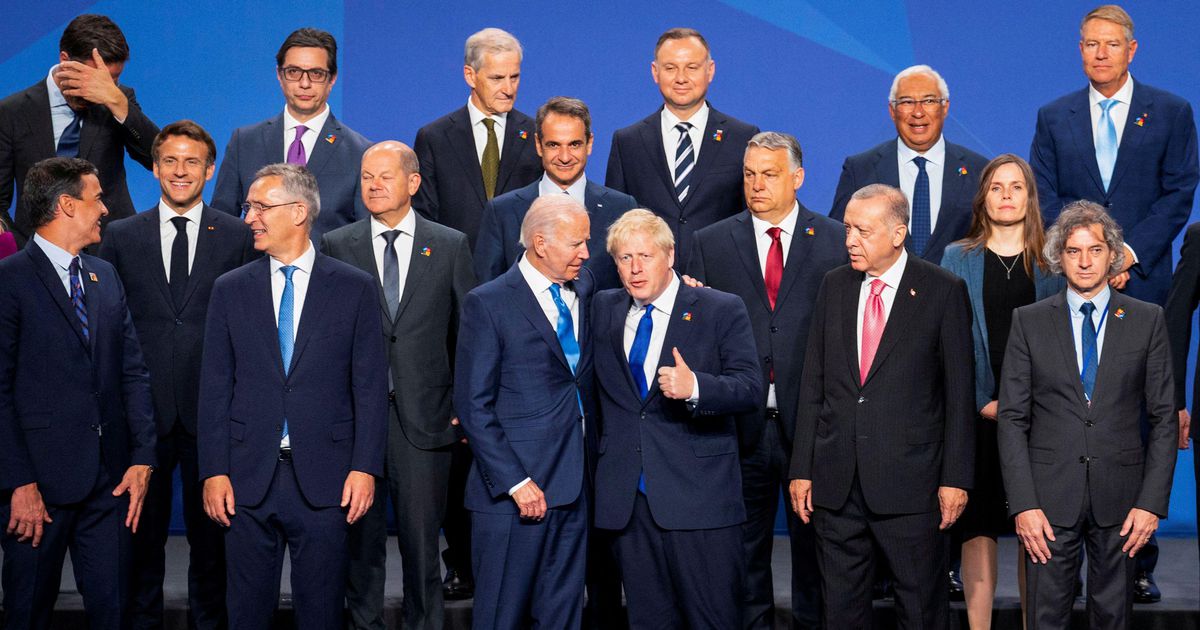 NATO’s expansion into Scandinavia is courtesy of Putin; read the review

One of the president’s goals Vladimir Putin with your invasion of Ukraine was to overturn the balance of military power in Europe. He may have achieved that goal, but certainly not in the way he imagined.

Instead of strengthening Russia and pushing NATO back to its Soviet-era borders, Putin faces a tighter alliance now than at any time since the disintegration of the Soviet Union, more determined to stand up to Russian revanchism and — with two major North European powers, Sweden and Finland, seeking membership — more formidable as an adversary. At the NATO summit this week in Madrid, the way appears to be open for the expansion and involvement of these two countries.

But before rushing to confront Putin and deter Russia from its aggression, the United States and its allies should not lose sight of the fateful choices they are about to make. They should clearly and sensibly consider what they really want their alliance to be and what it means to open the door to Sweden and Finland. The heart of the alliance, Article 5 of its founding treaty, commits all members to come to the defense of any member harmed.

Answering some of the alliance’s existential questions also means convincing Americans that an expanded NATO is worth its possible costs. A Eurasia Group Foundation survey published after the end of the war in Afghanistan found that the American public is roughly halved when it comes to going to war to help a member of NATO.

Some NATO expansions have come after serious debate in the US Senate, with lawmakers raising pertinent concerns about the alliance. For example, if the unanimous consensus requirement has become too complicated, with dozens of countries as voting members. Other concerns include the cost of US military deployments, although, unlike in cases of membership of small countries with tiny armies, the membership of Sweden and Finland significantly increases NATO’s firepower. Other critics have questioned whether Article 5, which declares an act of aggression against one member an aggression against the entire alliance, deprives the Senate of its due role in declarations of war.

Before the war in Ukraine, expanding NATO to the Nordic countries was absolutely not on the radar. Sweden has not been to war for 200 years, and Finland has long cultivated a policy of military non-alignment, despite both countries being members of the European Union. But the Russian invasion transformed public attitudes sharply and dramatically. Both countries immediately sent supplies and weapons to Ukraine. Public opinion polls found 65% support in Finland for NATO membership and 57% in Sweden. Both countries have powerful armed forces that could easily be integrated into NATO operations, and both countries are strong democracies, a prerequisite for joining the alliance.

The process of joining NATO is not automatic. New member states need unanimous consent from all 30 existing member states. In the US, expansion will require the support of at least 67 senators. Still, NATO Secretary General Jens Stoltenberg said he hoped the two countries’ accession process would be swift, especially after Turkey dropped its objections on Tuesday. Sweden and Finland are already members of the Partnership for Peace, which is equivalent to associate member status.

Discussion at the summit about a bigger and more powerful NATO takes place against the backdrop of the creation of a new strategic-conceptual document for the alliance—a vision for its trajectory over the next decade. Until a year ago, this document tended to focus primarily on China, climate change and cybersecurity — certainly important priorities, but overshadowed by current events, which create an opportunity for the alliance to focus on its fundamental mission of safeguarding freedom. and security in Europe by political and military means. The updated strategy also wisely involves newer forms of warfare such as cyber warfare, the use of artificial intelligence and disinformation.

The changes in NATO will help European member states turn their attention to the security challenges facing the continent and should also underline that all members must pay their fair share of that bill. For years, US presidents have urged Europe to spend more on its own defense. NATO countries have a target of investing the equivalent of 2% of their GDP in defence. Even so, few nations meet that modest goal, leading to a widespread sense that Americans have subsidized European defense and freed up the continent’s governments to spend more on things like generous welfare states. Donald Trump, as rash as he was as a statesman, was not wrong to scold NATO partners for not bearing their share of defense costs.

The price of European military underinvestment became evident as Russian tanks and artillery pieces began to advance. Days before the war began, Germany announced it would increase its military spending by $105 billion, a much-needed cash injection for a long-neglected fighting force. “For a long time, we believed that economic strength was enough. But the events of recent weeks have shown that we also need a strong army,” a retired German military officer told the Times.

The Russian government has warned of serious consequences if Finland and Sweden join the alliance, including the deployment of additional troops to the Baltic Sea region, although it also showed signs that it would resign itself to the expansion. Finland and Russia share a 1,300-kilometer border, and the Kola Peninsula is home to the Russian Navy’s Northern Fleet. Saint Petersburg is Russia’s second largest metropolis, located a mere 160 kilometers from the Finnish border. What’s more, Russia already violates its neighbors’ airspace and conducts fulminating cyberattacks. Furthermore, Putin probably takes into account that both countries have long been integrated with NATO, even if they are not formal members.

Sweden and Finland will bring to the alliance highly professional military personnel and modern equipment, particularly submarines and fighter jets. (Finland helps build F-35 fighter jets, the next generation of combat aircraft, as part of a consortium involving the US and more than a dozen other countries.) Finnish and Swedish forces already carry out military exercises with NATO troops, and large some of your equipment is interoperable. And both countries are at the forefront of European efforts to combat the torrent of disinformation pouring out of Russia.

You don’t have to be Putin’s ally or endorse his actions to understand why a Russian leader would be concerned about an expanding military alliance on his country’s borders. But the list of Russian provocations (electoral interference in the US, UK and Spain; the Crimea and Georgia invasions; and a campaign of assassination operations using chemical weapons, to name a few) has gotten so long now, and the threat The legitimacy this represents for Europe has become so pronounced that the desire of Finns and Swedes to seek protection under the NATO umbrella is completely understandable.

Putin’s choice to wage war in Ukraine is transforming the security balance in Europe, even though it is not the way he imagined. At this fateful moment, NATO must look seriously not only at deterring Russia, but also at itself, its purpose and its readiness to share that burden truly. / TRANSLATION BY AUGUSTO CALIL

Previous Ms Marvel: Where We Left Off With Kamala In Episode 4
Next Warner Bros. “Dune: Part 2” premiere date postponed