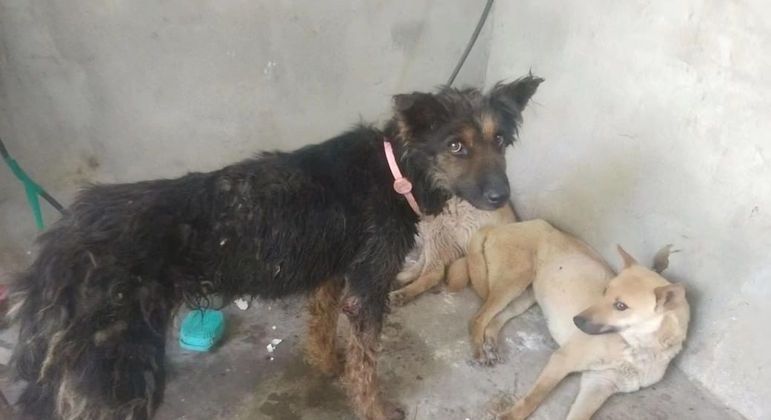 According to activists, many of the dogs consumed at the event are pets that were stolen from their owners. Some of the animals rescued by the NGO were wearing a collar, leash or identification plate with their registration number. The organization plans to locate the families and return the dogs.


Shortly after the rescue, the number of animals saved rose to 389, because one of the dogs in the truck on its way to the dog meat festival gave birth to three puppies.

“The idea that these innocent lives have been saved fills us with joy. These puppies would have been born in Yulin,” says activist Zhao, who runs the NoToDogMeat charity shelters in Hebei and Beijing, in an interview with the Daily Mail.

The animals are now in a shelter on the outskirts of Xi’An city, where they receive food, water and emergency veterinary care. Soon, everyone must be transferred to safe places in China, including the NGO’s refuges.

“We will work to try to identify the owners, but our priority right now is making sure all the dogs are healthy and have a safe place to go,” explains Zhao.


The Yulin festival has been around for over ten years and was created by dog ​​meat traders in an attempt to increase their sales. The event provides for the slaughter of up to 10,000 dogs and 5,000 cats. It is estimated that in China alone, 10 million to 15 million dogs are consumed annually.

However, polls show that most Chinese do not support the dog and cat meat trade. Additionally, around 72% of Yulin residents say they don’t eat dog meat regularly, despite efforts by traders to promote it.

Previous Boxes and gyms share messages of support after an accident with a young woman during exercises with a barbell, in Fortaleza | Ceará
Next Botafogo B debuts this Thursday at the Brazilian of Aspirants, with broadcast; see probable lineup, table and squad