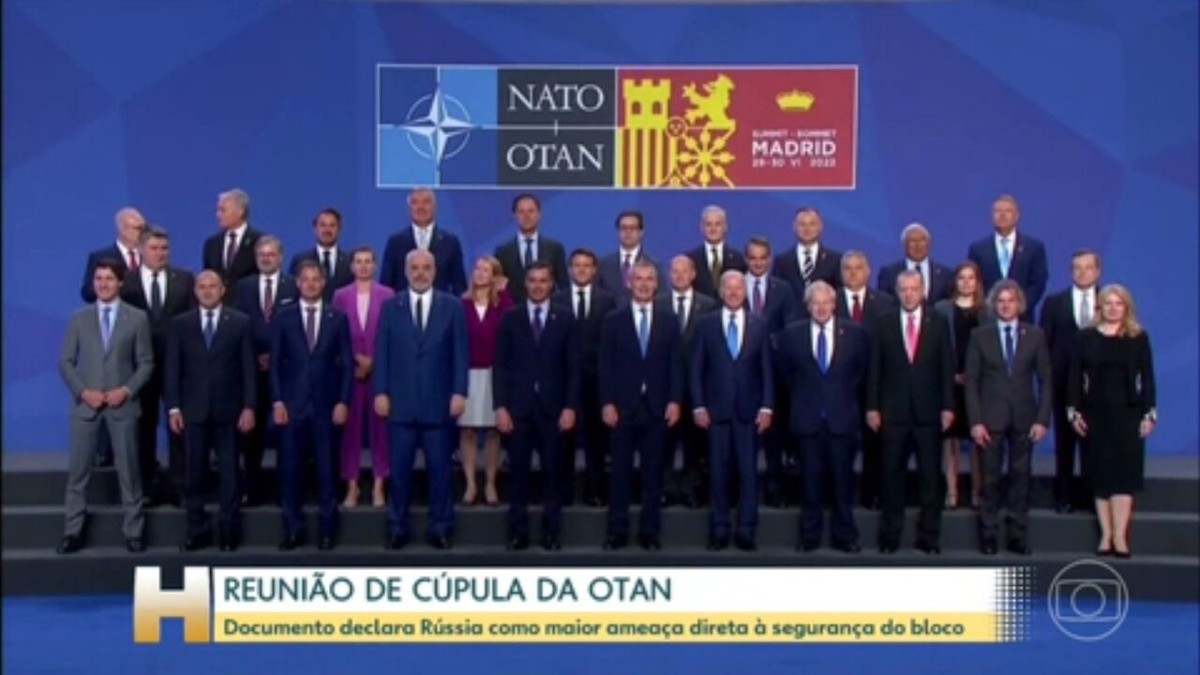 Russian President Vladimir Putin said on Wednesday (29) that Russia would see no problem in the eventual accession of Sweden and Finland to the North Atlantic Treaty Organization (NATO), but also said that if soldiers and weapons were sent to the countries’ territories, the Russians will respond “symmetrically”.

Putin spoke about the two countries joining the organization during a visit to Turkmenistan.

“We don’t have problems with Sweden and Finland like we have with Ukraine, we don’t have territorial differences,” Putin said.

“There’s nothing that would bother us if Sweden and Finland join NATO. If (the countries) want to, they can join. It’s up to them. They can join whatever they want,” he said.

It was then that Putin made reservations: “If military contingents and infrastructure were deployed there, we would be obliged to respond symmetrically and make the same threats to those territories from which threats to us have arisen.”

Family photo of the leaders of all NATO member countries and guests such as Finland, Sweden and Japan, during the inauguration of the summit of the western military alliance in Madrid, Spain, on June 29, 2022. — Photo: Reuters

Sweden and Finland decided to apply to join NATO after Russia launched its military operation in pro-Western Ukraine on February 14.

The formal accession process began this Wednesday (29) during the NATO summit in Madrid.

Until now, Russia has always been critical of the prospect of the two Nordic countries joining the Atlantic Alliance, saying it would be a destabilizing factor for international security.

Putin criticized NATO for having “imperialist ambitions”. For him, the alliance tries to secure its supremacy through the conflict in Ukraine. “Ukraine and the well-being of the Ukrainian people are not the objective of the West and NATO, but represent a means of defending their own interests; the leaders of NATO countries want to guarantee their supremacy, their imperial ambitions,” he said.

NATO and, “above all, the United States, needed for a long time an external enemy around which they could unite their allies”, said the Russian leader.

He then said that the US chose Russia as a new external enemy: “Iran was not good for that. We gave them the opportunity to rally the whole world around them,” he said.

Previous Fishermen’s action warns of the impacts of the construction of offshore wind farms
Next Cerro Porteño supporter imitates monkey in game against Palmeiras; Look The farce collapsed. Brian Johnson, who called himself King Liver (king of the liver), convinced …