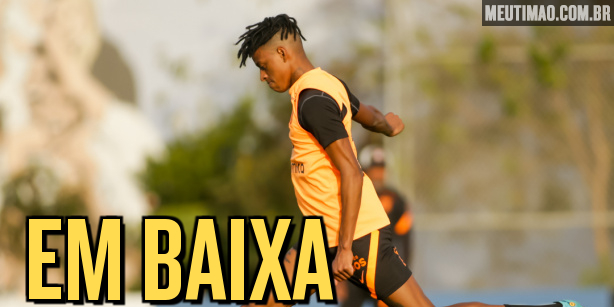 Robson Bambu is going through a complicated moment at Corinthians. The defender was not named for the last two games and, on top of that, he still saw an 18-year-old (Robert Renan) and another newcomer (Bruno Méndez) pass them in the line of defenders.

The 24-year-old defender does not have any medical problems according to the club and maintains his training routine normally at CT Joaquim Grava. Even so, he was passed over by Vítor Pereira in the duels with Santos (Brasileirão) and Boca Juniors (Libertadores).

Last Saturday, even without the injured João Victor and Gil, the coach put Robert Renan and Raul Gustavo as starters and took Bruno Méndez, newly arrived, to the bench. Last Tuesday, João returned and started with Raul, with Robert and Bruno as options.

Robson Bambu is on loan from Nice, France, until December 31. According to the portal My Helm, an early return attempt to his home club is not ruled out in this July international transfer window.

In these five months of Corinthians, it is worth remembering, the defender was involved in some controversies off the pitch. Bambu was accused (and acquitted) of raping a vulnerable person, was kicked out of a club by fans and still missed training at the CT.