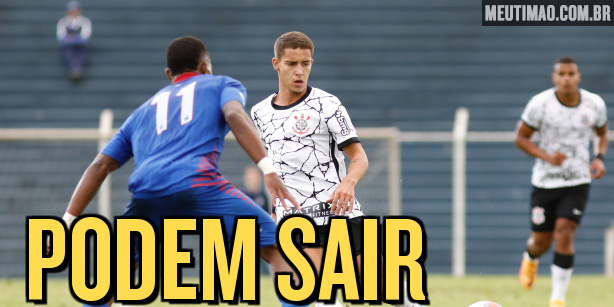 Midfielder Keven and defender Lucas Belezi, both 19 years old, can sign a pre-contract with another club starting this Thursday. The U-20 players are away from Corinthians as they have not yet reached a renewal agreement with Timão.

Both athletes have a contract with Corinthians until the end of 2022. As already reported by Meu Timão in early May, the club sought out players for the renewal of the bond, but the financial proposal made Keven and Belezi feel undervalued.

Another big issue for players is opportunity. Lucas Belezi and Keven understand that it will be difficult to get a chance at Corinthians’ professional team if they follow in the U-20.

In 2021, both athletes were called up to the Brazilian Under-18 Team to compete in the Under-20 Revelations Cup. Brazil was runner-up. In 2022, both came to play Copinha, when the team was commanded by Diogo Siston. In the first game of the U-20 team in the 2022 season, against São Caetano. In the next game, against ECUS, the athletes were not even listed – precisely because of the imbroglio of renewal.

Lucas Belezi and Keven have been at Corinthians since childhood indoor soccer and have already completed training with Vítor Pereira. Both are recurring names in the U-19 National Team’s call-ups and are listed to integrate the cycle of games and training for the 2023 U-20 World Cup. youngest player to debut for Timão.