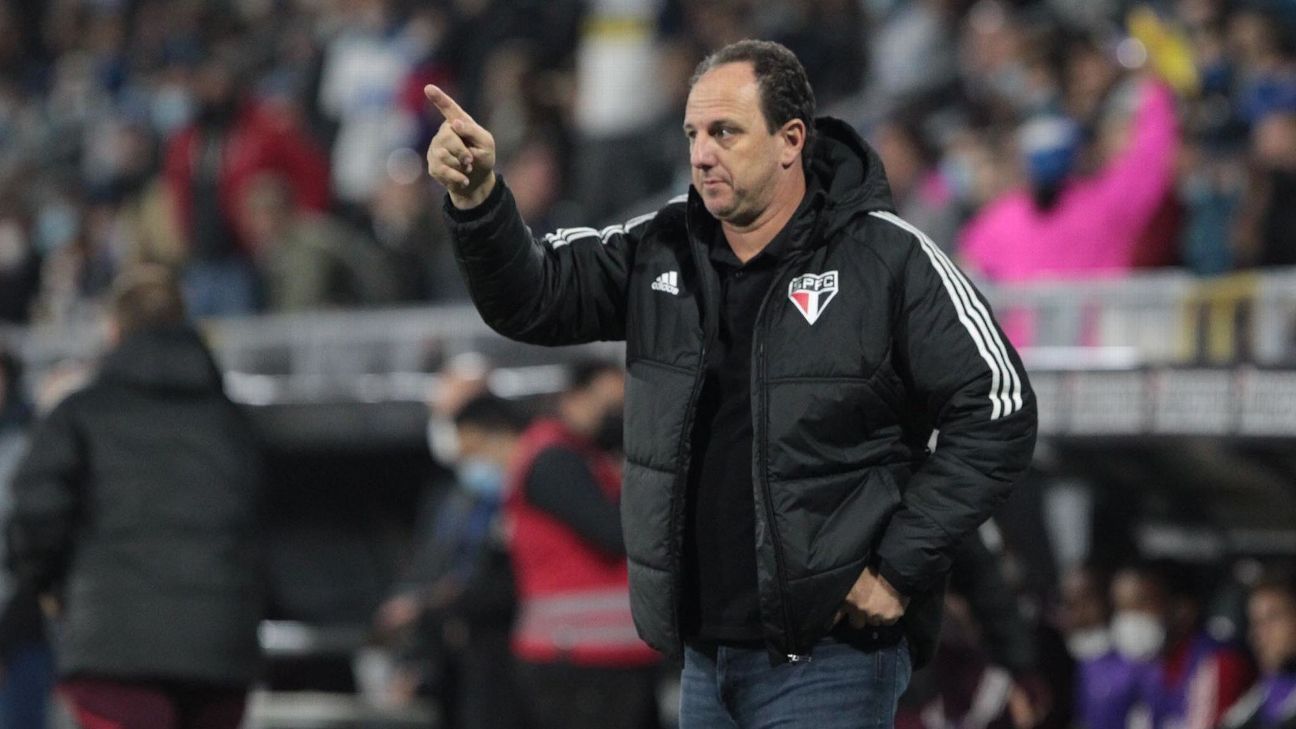 ‘3 sent off by us and him giving hugs, kisses, to their players’

Rogério Ceni’s team opened a good lead, despite having been complicated with expulsions

Playing away from home in the first leg of the round of 16 of Copa SudamericanaO Sao Paulo won the Catholic University for 4 to 2 this Thursday.

Despite the elastic score, the game was surrounded by drama because São Paulo had three expelled in the second time.

In the press conference after the game, Rogério Ceni criticized the Uruguayan referee Christian Ferreyra for the at least controversial expulsions of the São Paulo athletes.

“Expulsions…when it comes to championships organized by CONMEBOL, you can’t talk because they are circumstances that turn against you. The truth is that we saw what happened in the field, the first expulsion was a disgrace“, said Ceni.

“We can’t talk about arbitration, but we have to rethink. We have to have more strength in the South American confederation. I remember years ago I had more strength, today we don’t have and we suffer a lot. At the end of the game, when you go to greet the referee, he is kissing their players. That can, it’s respectful, but I don’t know…3 kicks out of ours and hugs, kisses on them. A member of our technical committee will greet and say: ‘No you I do not greet‘” he added.