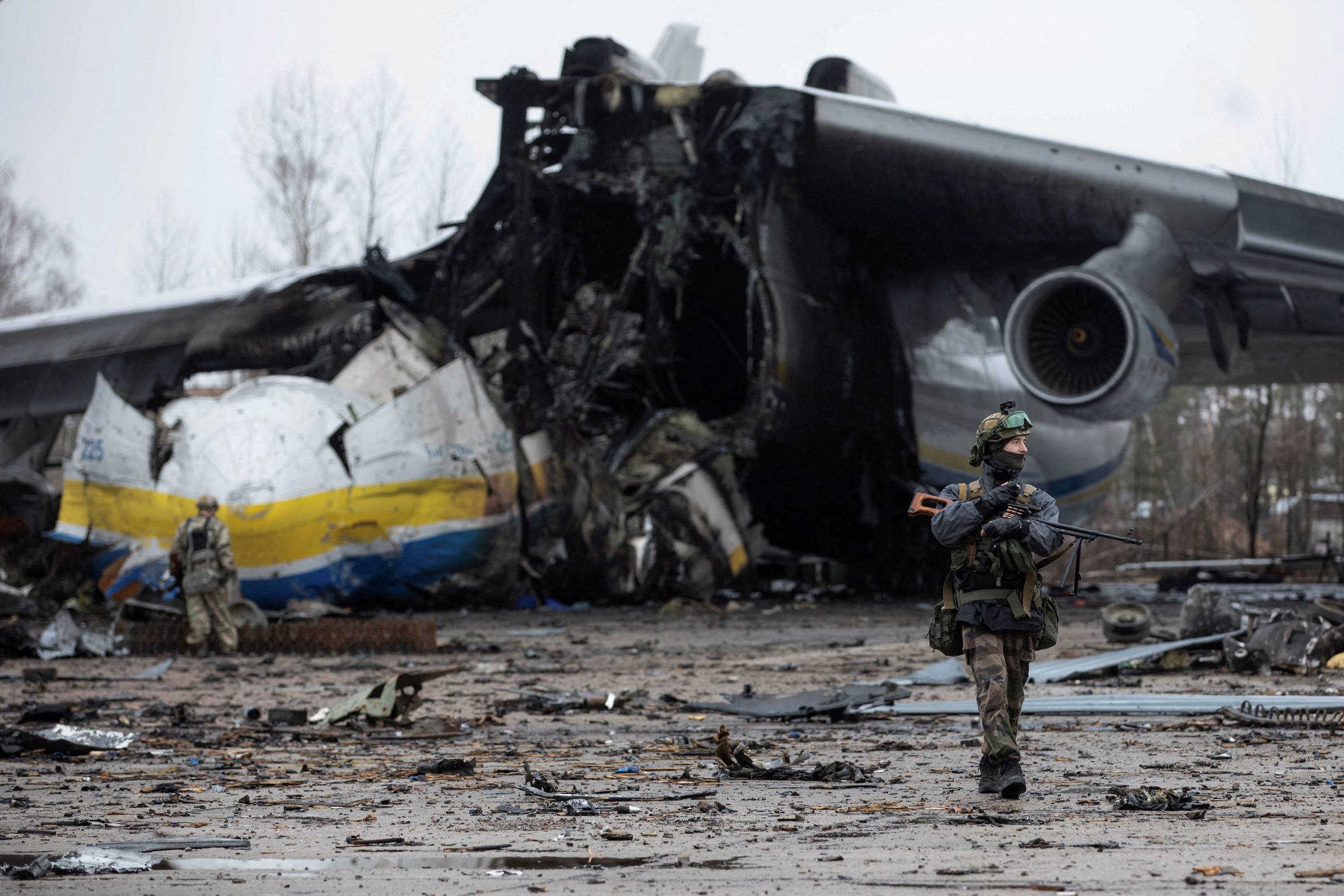 Commander Dmytro Antonov, pilot of large commercial aircraft, published a new video on his YouTube channel and spoke again about the reconstruction of the Antonov An-225 Mriya, the world’s largest plane, whose only unit was destroyed in March, shortly after the Russia’s invasion of Ukraine.

Firstly, the pilot comments that, with the departure of the old board and the arrival of the new director general, Yevhen Gravrilov, projects to rebuild the state-owned company began to advance. In addition, the company has been able to do business from its secondary base at Leipzig Airport (Germany), where five An-124 Ruslan four-engine aircraft are based.

In the course of his speech, he also explores two initiatives, one of which is the revitalization of the Gostomel airport, the operational base of Antonov, which was badly damaged during the battles that took place there at the beginning of the war, and the other the reconstruction of An- 225.

For the airport, which serves as an operational base for Antonov in Ukraine and was bombed during the Russian invasion, Commander Antonov cites that a reconstruction project with modernization of facilities should be carried out.

This includes not only repairing what has been damaged, but also better exploiting the space available on site. As an example, he mentions that the new project will include the revitalization of the flight test station for existing aircraft or for new models, such as the modernized An-178, as well as the construction of a large cargo terminal and a small passenger terminal, in order to expand the use of the site and relieve the other airports in Kiev. He does not cite a date for the project to begin or end.

Rebuilding the An-225 Mriya

About the An-225 Mriya (“Dream”, in Ukrainian), which was for thirty years the largest commercial aircraft in the world, until it was destroyed, Commander Antonov says that the reconstruction project “is definitely happening” and that all possibilities are being explored, including to engage the world’s largest manufacturers, such as Airbus, Boeing and Embraer, in reconstruction efforts.

In this regard, global manufacturers could contribute their expertise in various areas so that a new version of Mriya comes with the latest embedded technology. Despite the pilot commenting that this is an initiative that should be tried, he did not explain if any conversations are already taking place with the manufacturers.

In any case, details of the project are still lacking, and the state-owned company Antonov hasn’t talked about this topic for some time. It is also unknown how much all this would cost. For now, according to Commander Antonov, the wish would be to have the aircraft flying over Kiev in 2026, when Ukraine completes 35 years of independence.