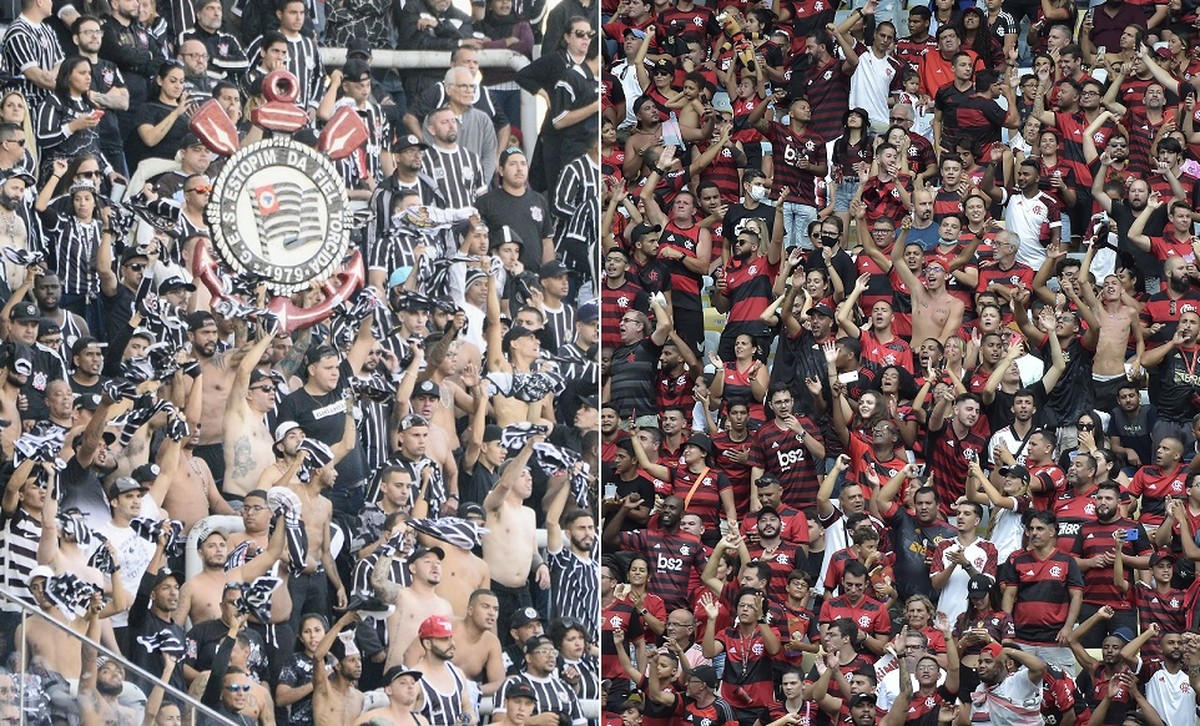 The two biggest fans in Brazil have fulfilled their role well in the stands. Compared to the last public survey of the season, Corinthians surpassed São Paulo and took the lead in the ranking of highest average payers in 2022. Timão mobilizes, on average, 35,149 payers per game at Neo Química Arena this year.

Flamengo, in turn, rose from sixth to second, averaging 34,527 per game. What boosted the Rubro-Negro average were the games as home team in the Brasileirão. The three biggest audiences of the team with the field command in the season were in Serie A, against Palmeiras (64,816), Fortaleza (59,294) and Botafogo (54,981). By the way, the number of spectators registered in the goalless draw with Verdão, is the attendance record this year so far.

In fact, it is precisely Palmeiras that appears in third in the ranking, the same position as the last partial. Alviverde attracted 621,041 fans in 21 home games in 2022, which corresponds to an average of 29,573 paying players. São Paulo is right behind, with 28,560 players per game, followed by Atlético-MG, which remains in fifth, but now with 26,038 players per game.

*The audience of Fluminense x Millonarios, in São Januário, for the second phase of Libertadores, was not disclosed, so we did not count this game in the calculation for the average of the Tricolor carioca.

The news in the top 10 are Coritiba and Vasco. Coxa had 17,684 fans per game and is in ninth position, while Cruz-Maltino has an average of 16,306 fans per game and is in 10th place on the list. On the other hand, Fortaleza and Grêmio, fourth and ninth respectively in the last survey, left the ranking of the highest average attendance of the season.