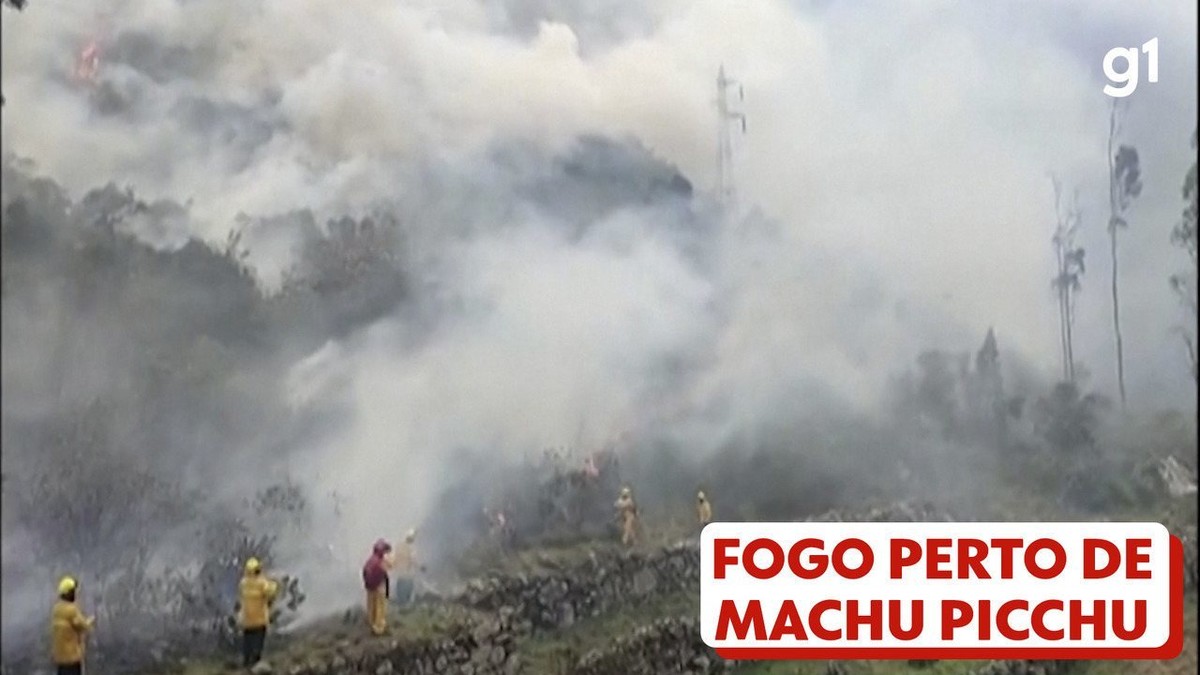 Peruvian firefighters largely controlled the forest fire near the Inca ruins of Machu Picchu on Friday, but remain alert for a possible resurgence of the flames due to strong winds near the ancient city of the Incas high in the mountains. Andean.

The fire, which consumed an area of ​​about 3 million m², was started on Tuesday by farmers who burned weeds and debris to prepare for new plantings.

The Culture Ministry reported on Thursday night that the fire had been extinguished by 90% and that the incident did not affect tourist activity in the region.

Peruvian emergency services during a mission to control flames near Machu Picchu — Photo: Peruvian Ministry of Culture/Disclosure via REUTERS

The Civil Defense Institute’s risk management office said in a statement that about 70 people, including firefighters, police and experts, worked to contain the fire and that a team remained in the area on Friday on alert.

The Temple of the Sun is located in the religious sector, at the archaeological site of Machu Picchu — Photo: Pixabay

Machu Picchu, a complex of stone structures atop a mountain, was built over 500 years ago by the Incas, whose empire controlled large swaths of South America, from what is now southern Ecuador to central Chile.

The breathtaking ruins, which made the Cusco region Peru’s top tourist destination, are considered one of the new seven wonders of the world.

Previous PM and iFood will agree to prevent robberies by false delivery men
Next Thor 4 is a movie made by a 7-year-old, says Chris Hemsworth