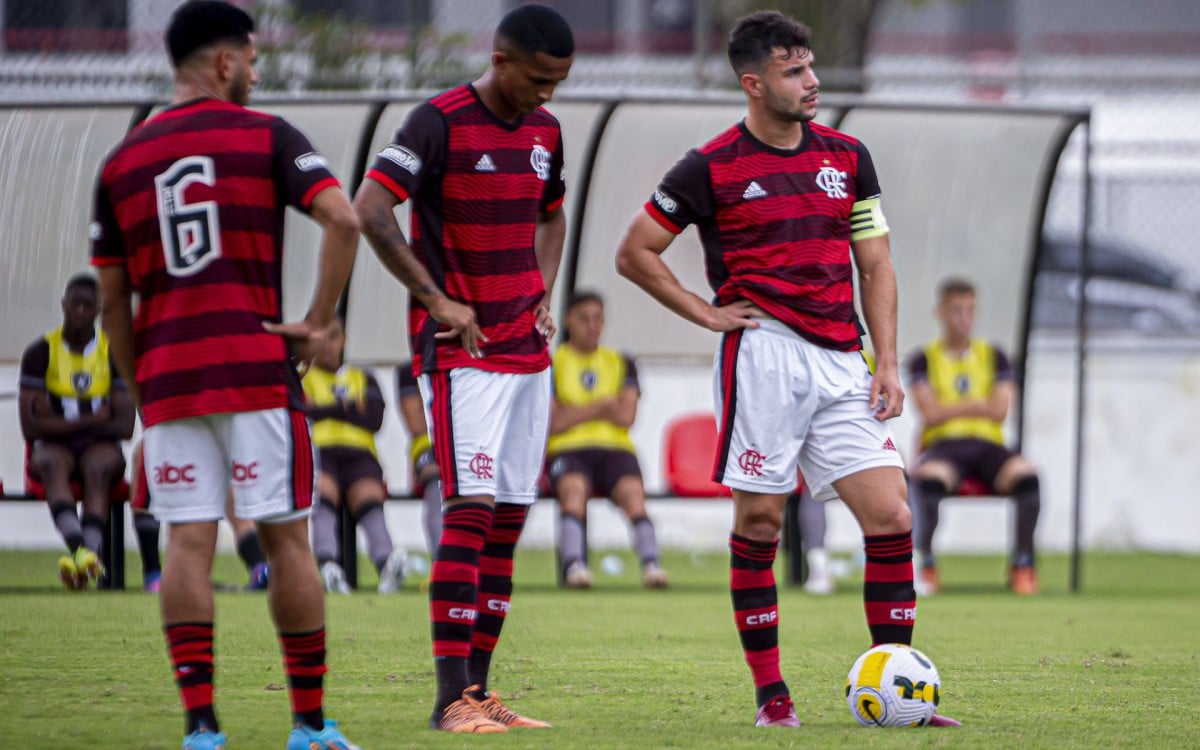 Flamengo players in the U-20 Brasileirão – PAULA REIS/FLAMENGO

Rio – The duel between Flamengo and América-MG, this Thursday (30), for the Brazilian Under-20 Championship, should not be broadcast on TV. Grupo Globo, which had asked CBF to change the date and time of the match in order to be able to show the match, went back and decided that it will not show it, even after the entity had complied with its request.

This Thursday afternoon, many fans were surprised by the absence of the game on the SporTV grid. In contact with the O Dia newspapera source from Grupo Globo confirmed that the match will not be broadcast by the broadcaster.

The América-MG press office also informed that the only match that will be broadcast on the club’s official YouTube channel is the duel with Botafogo, for the Copa do Brasil.

Flamengo initially announced on its social networks that the match would be broadcast on SporTV. Check out:

Today there’s Mengão in the Brazilian Under-20!

At 19 pm, the Most Beloved faces América-MG, away from home! Let’s go with everything in search of the three points! #Nestboys #VamosFlamengo pic.twitter.com/Y00XOIt3dQ

In contact with the O Dia newspaper, the club’s press office said that, as Grupo Globo had requested a change in the date and time of the match, FlaTV would not be authorized to broadcast. Even with the absence of the SporTV broadcast, the communication of Rubro-Negro said that there is no possibility of the duel being shown on its YouTube channel.

At the time of writing this report, the most likely scenario is that the game will not be broadcast on any channel or platform.

The two teams will face each other this Thursday (30), at 19:00 (Brasília time), at Estádio das Alterosas, in Belo Horizonte.