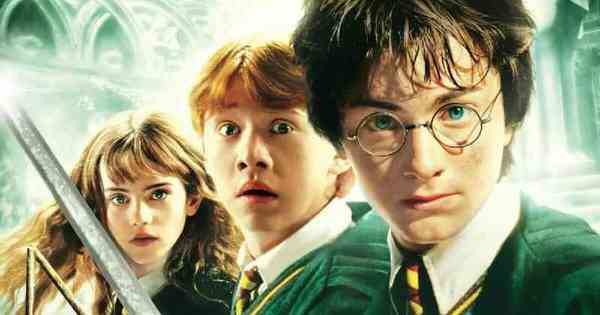 Considered one of the most popular franchises of all time, Harry Potter continues to be successful more than two decades after its original release. But that doesn’t mean she’s perfect! Recently, fans of the saga found a hilarious mistake in one of the movies. Did you notice too?

In the original saga, the Harry Potter cast was released by Daniel Radcliffe (The Woman in Black), Emma Watson (Beauty and the Beast) and Rupert Grint (Servant).

Currently, Harry Potter is going through one of the most troubled moments in its history – marked by the intolerant statements of JK Rowling, the dancing of chairs in the cast of Fantastic Beasts and the critical failure of the last releases.

Meanwhile, fans use social media to reminisce about the franchise’s most emotional moments – and find bloopers and holes in the script. See below.

The Harry Potter films – particularly The Philosopher’s Stone and The Chamber of Secrets – have several bloopers, which most of the time go unnoticed by viewers.

One such mistake, for example, happens in a Quidditch match in Harry Potter and the Philosopher’s Stone. In this scene, you can see the cables and wires holding Daniel Radcliffe on the broom.

‘Threads can be seen on the sleeves of the Harry Potter suit and on the ends of the broom,’ commented a fan on Reddit.

Another example happens in the characterization of Hermione. In The Philosopher’s Stone, the character’s hair appears in several different ways in the same scene.

‘In the sequence that Hermione and Harry learn to fly on a broomstick, Emma Watson’s hair changes completely between cuts. In some takes, it appears clumsy, and in others, smooth and wavy’, commented another f.

One of the most shocking mistakes, on the other hand, happens in The Chamber of Secrets. In a quick glimpse, a cameraman can be seen among the characters in the film.

‘Some of these mistakes, you can even understand. But how did no one notice this? A camera in the movie!’, wrote another fan on the social network.

Other viewers played with the scene, making references to the School of Witchcraft and Wizardry stories.

‘He’s also a student at Hogwarts! I think he’s in the ‘magical studies of the media’ class,’ said one netizen.

Part of the fans also tried to explain how such a big mistake was overlooked by the directors of Warner.

‘I think the filming took place at a higher resolution than the screens at the time. Now the broader resolutions show something that should have been cut from the original version’, explained another fan.

Check out the error image below and draw your own conclusions. Currently, all Harry Potter movies are available on HBO Max.