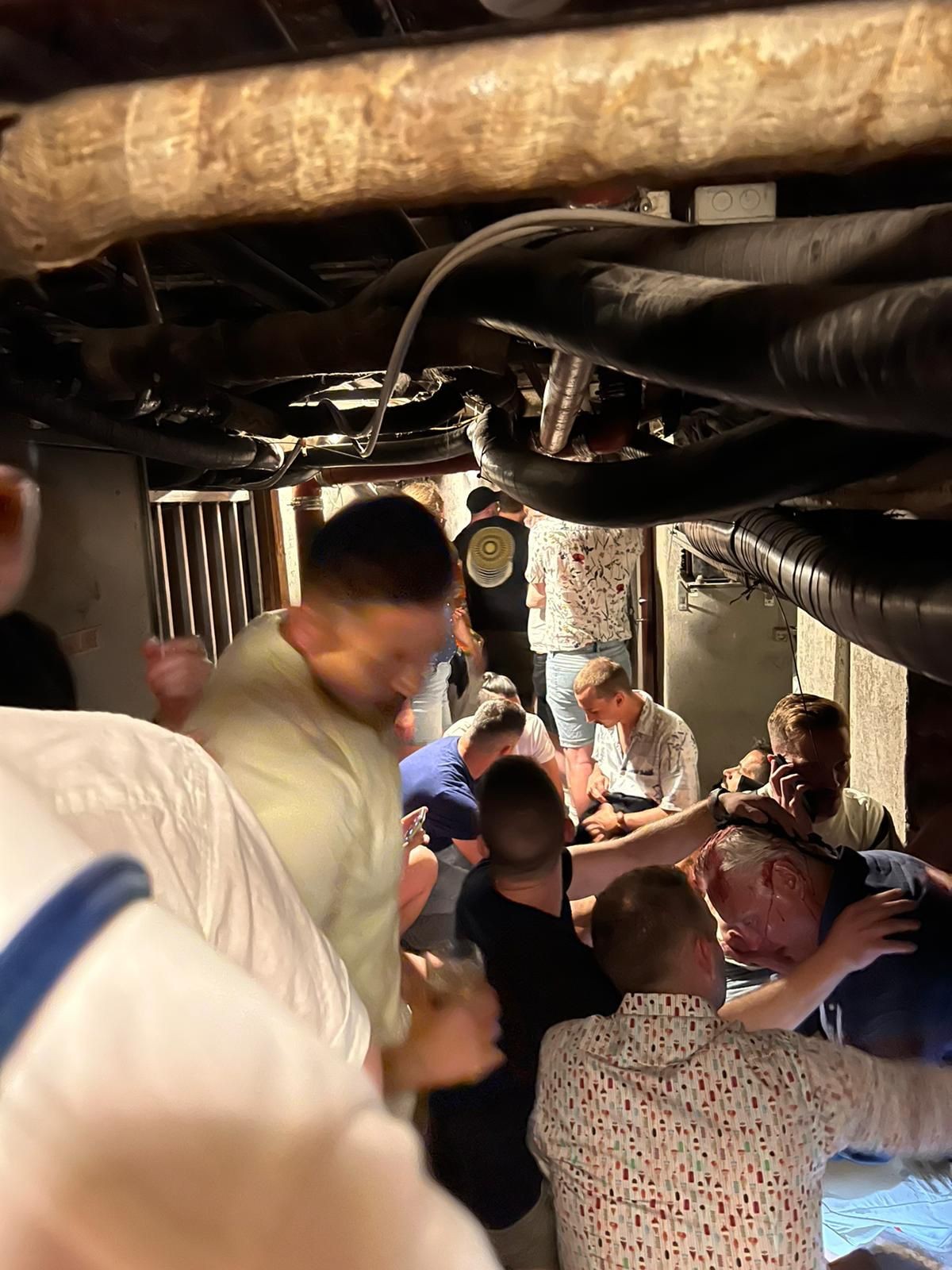 ‘I went to the basement and thought: is this happening here?’, says Brazilian who was in gay bar attacked by gunman in Oslo | World

The Brazilian Rodrigo Blum-Jansen, 37, manager of an architectural firm in the city, was among the regulars at the bar., who, after the shooting, took refuge in a basement of the place. To g1, he recounted what he experienced during the 30 minutes he spent hiding underground, next to the wounded. And he told how the city, not used to cases of violence – not even the police carry weapons -, is now experiencing a feeling of revolt.

“I’m more angry than sad. For me, the gay bar is much more than a place for fun. It’s the only place I can go and feel 100% myself, and that for me is a political act. It’s like I’m at a house party, and someone who doesn’t like this party has come and turned out the lights,” he said.

According to Rodrigo, the shooter, a Norwegian of Iranian origin who was arrested at the time, shot from the street at bar customers who were on the balcony of the place. That night, the movement in the city was intense due to the LGBTQIA+ Pride celebrations.

“I heard the noise of the shots but I thought they were glass cups falling to the ground, so I didn’t pay much attention. The city is so peaceful that I would never have thought it would be shots”, said the Brazilian. “Suddenly, a wave of people came towards us, pushing and shouting that they were shooting. This is a phrase we have never heard here.”

A heavily armed police officer, an unusual scene in Oslo, Norway, monitors the entrance to a gay bar where a gunman shot at patrons on June 25, 2022. — Photo: Javad Parsa/NTB/via REUTERS

The group then broke down a door leading to a basement. As he descended the cramped steps, Rodrigo noticed that a man in front of him was injured: “He fell on his stomach, and I saw that he had a hole in the back of his head, but he managed to get up and walk slowly.”

Upon reaching the basement, the Brazilian realized that it was a dead end. “There was no window, there was nothing. I immediately thought of the Kiss nightclub, and then of Utoya (island next to Oslo where, in 2011, a gunman broke into a youth gathering and killed 69 of them). I looked at a friend and said: that’s it, it’s over“.

After about 15 minutes of total silence and anguish among those hiding in the basement, not knowing what was happening outside and if the shooter was following in the bar, the police arrived at the basement..

Prince Haakon and Princess Mette-Marit of Norway and Norwegian Prime Minister Jonas Gahr Stoere visit the area of ​​the attack at a gay bar in Oslo, June 25, 2022. — Photo: Reuters

“They already came in asking if anyone was hurt. There were a lot of people with blood on their bodies, but standing. The firefighters were taking the injuries and, 15 minutes later, we went out through another door, which gave access to the bar next door”.

When they left, the scene, according to Rodrigo, had nothing to do with the Oslo he has known since 2009, when he moved to the city: the area was completely isolated, with many things thrown on the ground, and helicopters were flying over the place. According to him, the bag from which the killer took the weapons was still in front of the bar.

Released by the police, the Brazilian went home still in shock. “It wasn’t until I got home that I realized that I spent the entire time with a glass of beer in my hand, which I was drinking when the shots were fired. Nobody believed it. In the basement, we asked ourselves: is this really happening here?“, he reports.

Police are investigating whether the Oslo Gay Pride was the target of the attack – Photo: Reuters

The gunman, who remains in detention, already had a record with the Norwegian police for having joined a radical Islamic movement and suffering from mental disorders. According to the police, he refuses to testify, and says he will only speak if it is on a live broadcast.

After the episode, all LGBTQIA+ Pride celebrations that would take place over the weekend in the city, including Saturday’s parade, were canceled on the recommendation of the police. However, on Monday (27), residents of Oslo, including Brazilian Rodrigo Blum-Jansen, held the LGBTQIA+ Parade, even though it was prohibited.

“We wanted to show that we’re not afraid, that we’re not going to back down. When a guy like that comes and manages to interrupt the Parade, it’s very dangerous for the movement,” he says.

Residents of Oslo, Norway, attend a tribute to victims of the attack on a gay bar in the city, on June 27, 2022. — Photo: via Reuters

Previous Will Instagram show who viewed your profile? understand the rumor
Next São Paulo’s performances: Luciano disenchants; Calleri commands victory and is sent off in Chile | Sao Paulo

The Deputy Attorney General of the Republic Elizete Ramos complained, during a session of the …