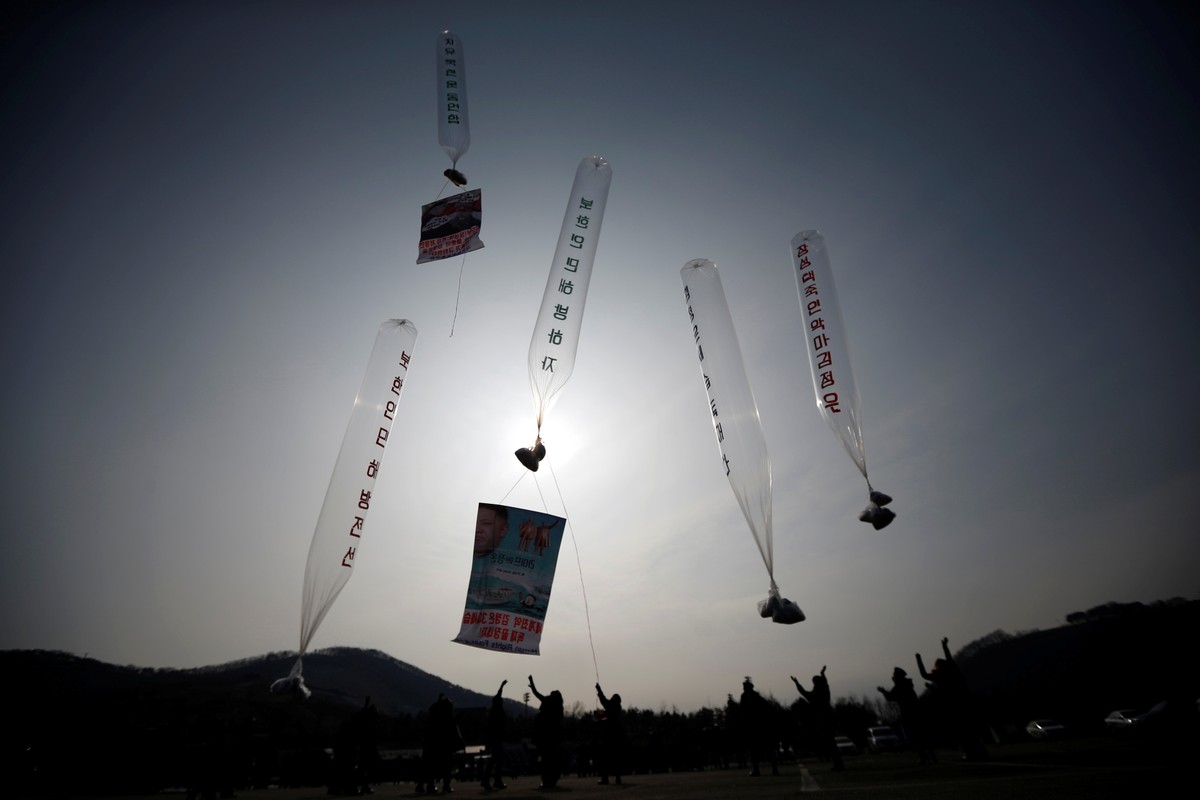 North Korea said on Friday that the country’s first outbreak of Covid-19 began with patients touching “alien things” near the border with South Korea, apparently blaming the neighbor for the wave of infections in the country. isolated.

In announcing the results of an investigation, North Korea ordered people “to vigilantly deal with alien things coming in the wind and other weather phenomena and balloons in the areas along the demarcation line and border,” the official news agency said. KCNA.

The agency did not directly mention South Korea, but North Korean defectors and activists have been releasing balloons from the south across the heavily fortified border for decades, carrying leaflets and humanitarian aid.

South Korea’s Unification Ministry, which handles inter-Korean affairs, said there was “no possibility” the virus could have entered North Korea through leaflets sent across the border.

According to KCNA, an 18-year-old soldier and a 5-year-old kindergarten student who came into contact with unidentified materials “on a hill around barracks and residential neighborhoods” in eastern Kumgang county in early April had symptoms and then tested positive for the coronavirus.

KCNA said all other fever cases reported in the country through mid-April were due to other illnesses, but did not elaborate.