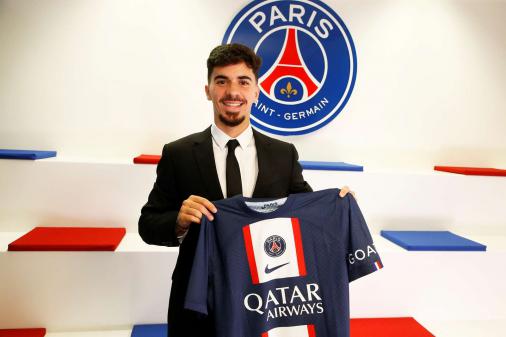 PSG announce the arrival of the first reinforcement for the season

Paris Saint-Germain confirmed the signing of their first reinforcement for the season. This Thursday, the French club announced the arrival of midfielder Vitinha, 22 years old and a player of the Portuguese national team.

In order to sign Vitinha, PSG had to pay his €40 million release from Porto for a five-year contract.

– I come from my best with Porto, where I won titles and was called up to the Portuguese national team, which is a dream come true. I want to continue to win titles and evolve my football – said the player to the French club’s website.

Also in an interview with PSG, Vitinha commented on his relationship with the Portuguese already present in the French squad. Paris Saint-Germain has Nuno Mendes and Danilo Pereira in their squad.

+ PSG can negotiate Neymar: see possible destinations for the star

– I spoke with them a little and I can’t wait to see them again. I have many questions to ask. I know they will help me a lot in this beginning of work-she said.

Vitinha will have her second experience away from Portugal. Before the good season with the Porto shirt, the midfielder had a brief experience in the Premier League with the Wolverhampton shirt on loan.

Previous Two dead, arrest, seizure of weapons and drugs in Feira
Next official! Xiaomi 12 Lite appears on the brand’s website and could be launched in July